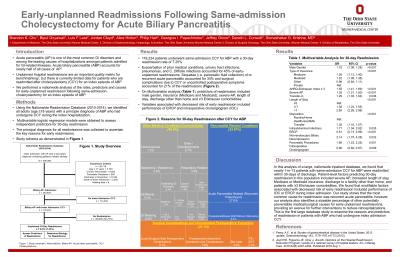 Introduction: Patients with acute biliary pancreatitis (ABP) should undergo same-admission cholecystectomy (CCY) when indicated since it reduces the risk of 30-day readmission and recurrent acute pancreatitis. We sought to investigate the reasons and predictors for early-unplanned readmission following same-admission CCY for an index episode of ABP.

Methods: Using the Nationwide Readmission Database (2010-2014), we identified all adults (age ≥18 years) with a principle diagnosis of ABP who had undergone CCY during the index hospitalization. Patients with a diagnosis of chronic pancreatitis, pancreatic neoplasm, pregnancy, and those who died during index admission or were discharged in the month of December were excluded. Severe acute pancreatitis (severe-AP) was defined by the revised Atlanta classification. Multivariable logistic regression models were obtained to assess independent predictors for 30-day readmission. Principal diagnosis for all readmissions was collected to ascertain the key reasons for early readmission.

Exacerbation of prior medical conditions, urinary tract infections, pneumonias, and C. Difficile infections accounted for 45% of early-unplanned readmissions (Table 2). Sequelae (i.e. pancreatic fluid collection) of or recurrent acute pancreatitis accounted for 34% and surgical complications due to CCY or uncontrolled postoperative symptoms accounted for 21% of the readmissions. 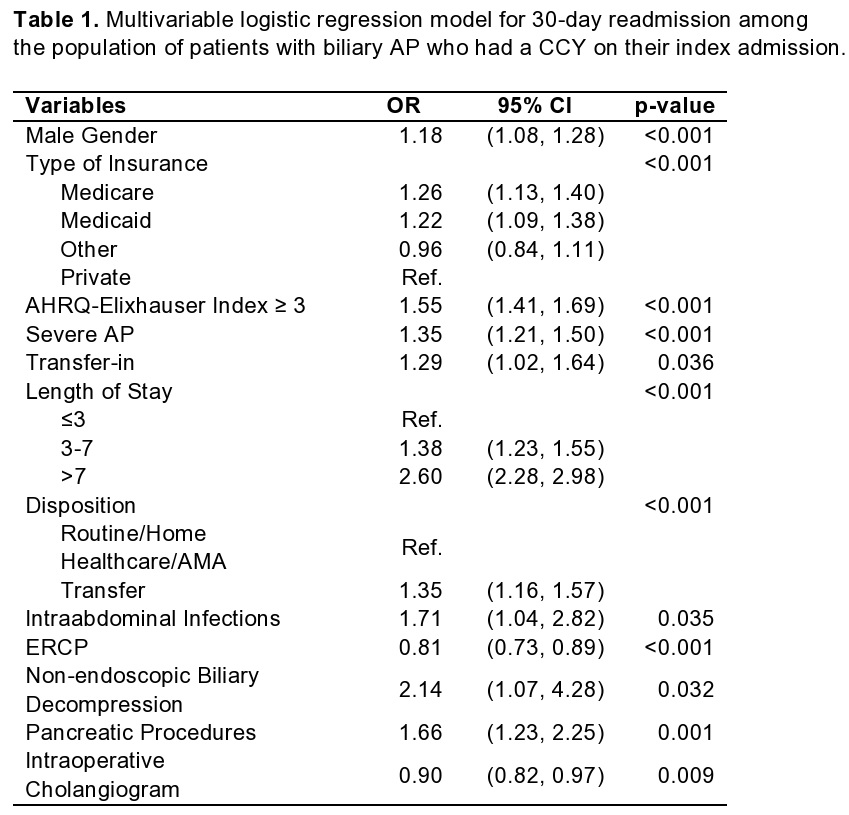 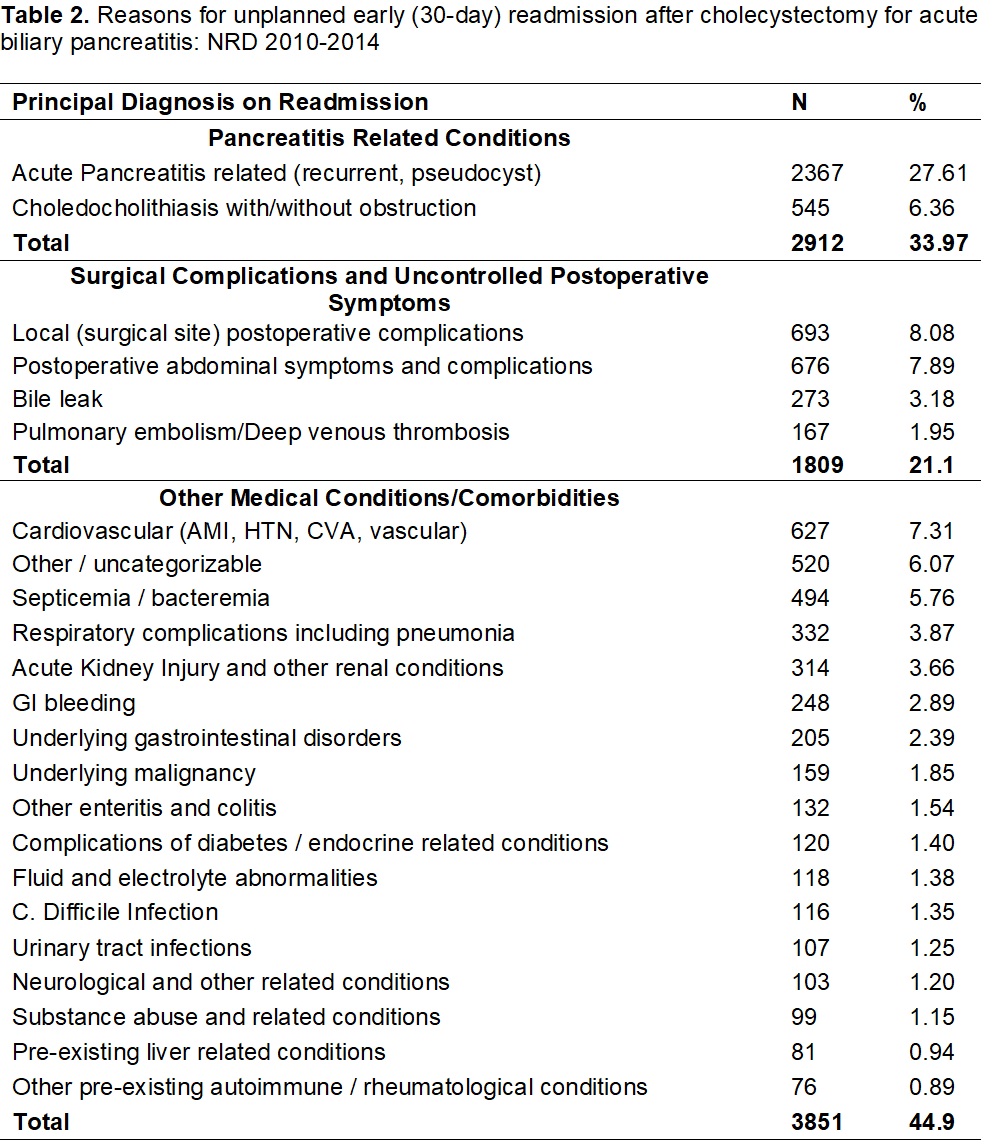