P0375 (S0156). - Changes in the Burden of Clostridium difficile Infections (CDI) in the United States: Results From the National Inpatient Sample Database 2012-2017 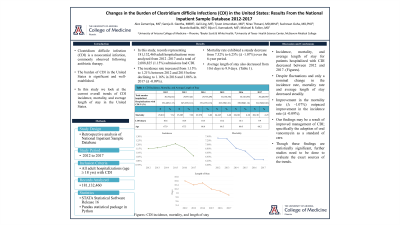 The burden of Clostridium difficile infection (CDI) in the United States is significant and well-established. Our aim was to analyze the current trends in incidence and mortality rates and average length of stay (LOS) using the National Inpatient Sample (NIS) dataset, which tracks all hospitalizations in the United States.

Methods: Using the NIS database, all adult hospitalizations (age ≥ 18 years) between 2012 and 2017 were evaluated. Admissions with CDI were identified based on the appropriate ICD9 (00845) and ICD10 (A047, A0471, A0472) codes. The incidence and mortality rates and average LOS were analyzed after applying recommended weights using Stata Statistical Software: Release 16. (College Station, TX) and pandas statistical package in Python.

Incidence rate, mortality rate, and average LOS for patients hospitalized with CDI decreased between 2012 and 2017 (Figure 1). Despite fluctuations and only a nominal change in the incidence rate, the mortality rate and average length of stay decreased steadily. Also, improvement in mortality rate (∆ -1.07%) outpaced improvement in incidence rate (∆ -0.09%). These findings may be indicative of improved management of CDI. Specifically, the adoption of oral vancomycin as standard treatment may be key for our findings. Despite limitations, data reveal a lessening of overall burden of CDI in the United States. Further analyses are required to elucidate confounders. 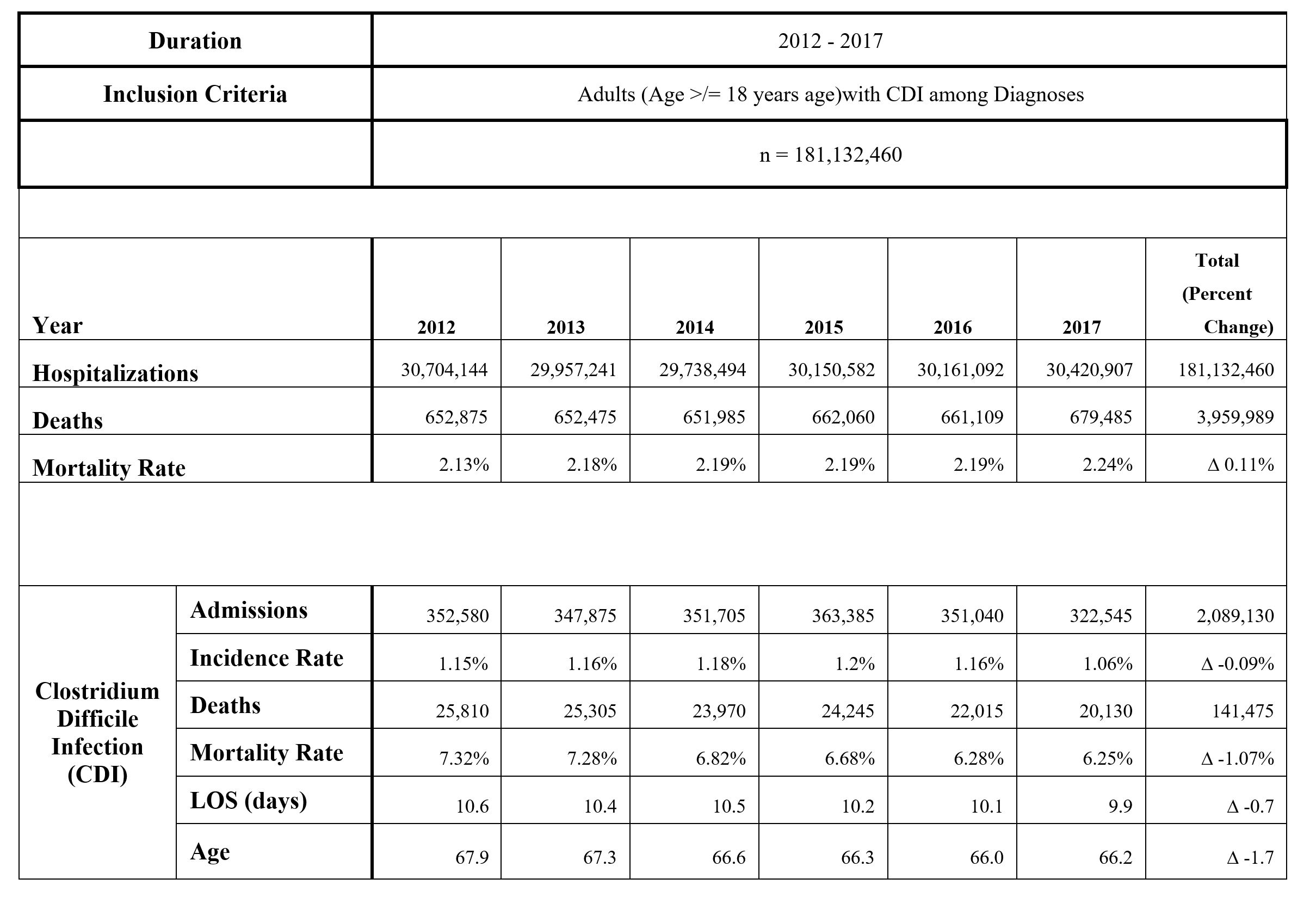 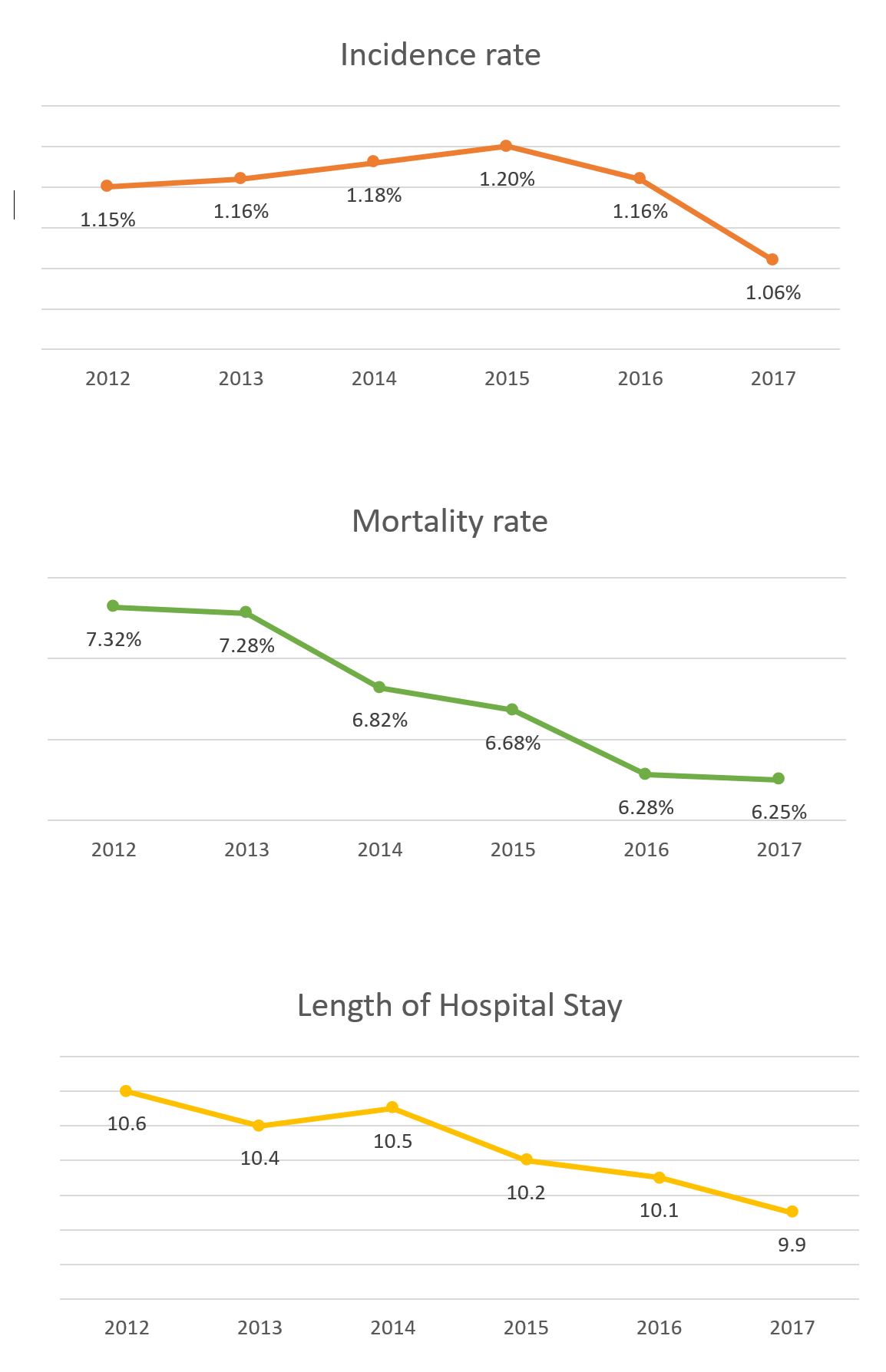 Figure 1: Plots demonstrating CDI trends in the United States from 2012- 2017