P0377 (S0158). - Role of Race in the Incidence and Mortality Outcomes of Clostridium difficile Infections in the United States: Results From the National Inpatient Sample Database 2012-2017 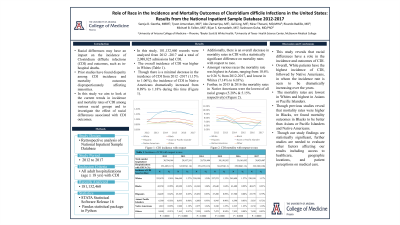 Introduction: Racial differences may have an impact on the incidence of Clostridium difficile infections (CDI) and outcomes, such as in-hospital deaths. Prior studies have found disparity among CDI incidence and mortality outcomes disproportionately affecting minorities. In this study we aim to look at the incidence and mortality rates of CDI among various racial groups and to investigate the effect of racial differences associated with CDI outcomes.

Methods: Using the National Inpatient Sample (NIS) database, all adult hospitalizations (age ≥ 18 years) between 2012 and 2017 were evaluated. Admissions with CDI were identified based on the appropriate ICD9 (00845) and ICD10 (A047, A0471, A0472) codes. The incidence and mortality rates with respect to race were analyzed after applying recommended weights using Stata Statistical Software: Release 16. (College Station, TX) and pandas statistical package in Python.

Discussion: This study reveals that racial differences have a role in the incidence and outcomes of CDI. Overall, White patients have the highest incidence of CDI, followed by Native Americans, in whom the incidence rate is seen to be dramatically increasing over the years. The mortality rates are lowest in Whites and highest in Asians or Pacific Islanders. Though previous studies reveal that mortality rates were higher in Blacks, we found mortality outcomes in Blacks to be better than Asians or Pacific Islanders and Native Americans. Though our study findings are statistically significant, further studies are needed to evaluate other factors affecting our results including access to healthcare, geographic locations, and patient perceptions on medical care. 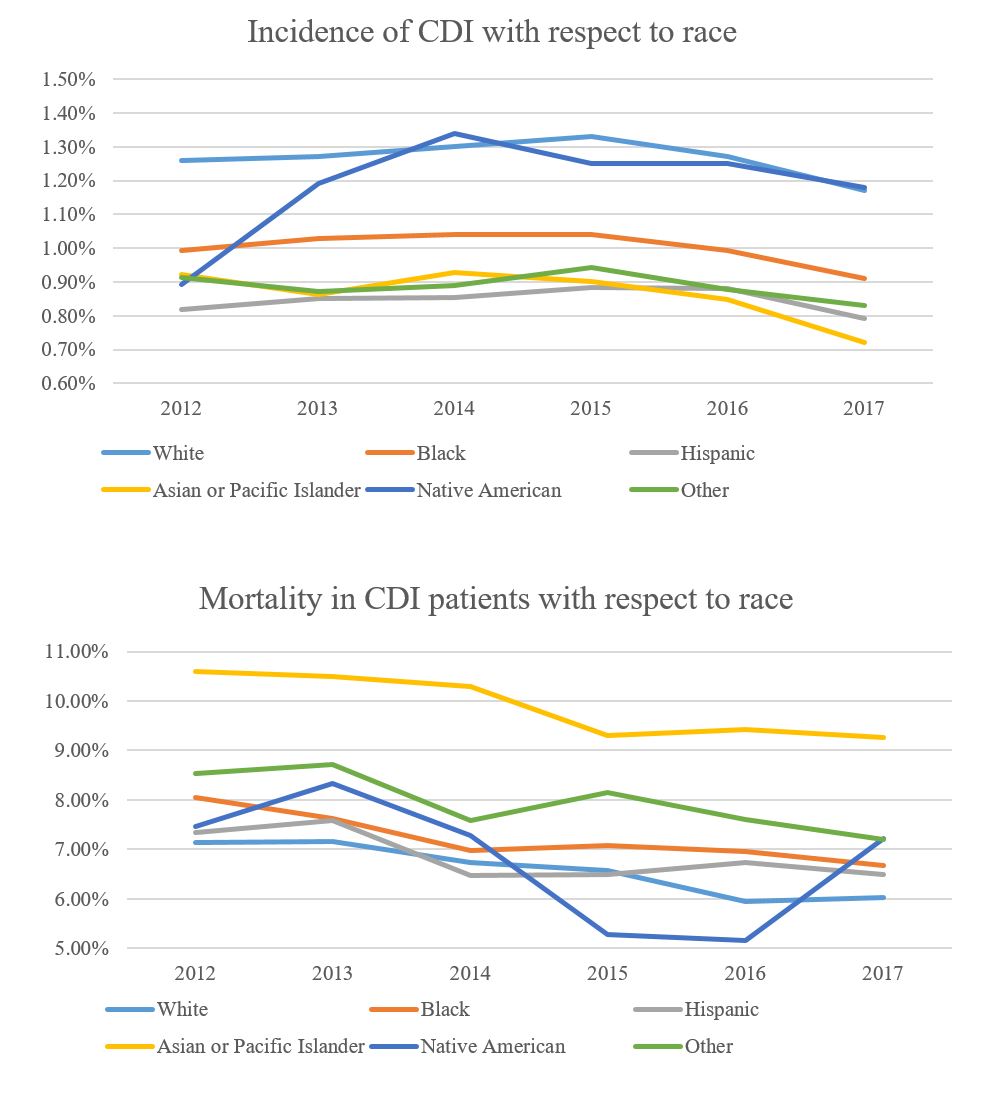 Figure 1: Incidence and mortality rates by Race in CDI from 2012-2017, Results from the National Inpatient Sample Database 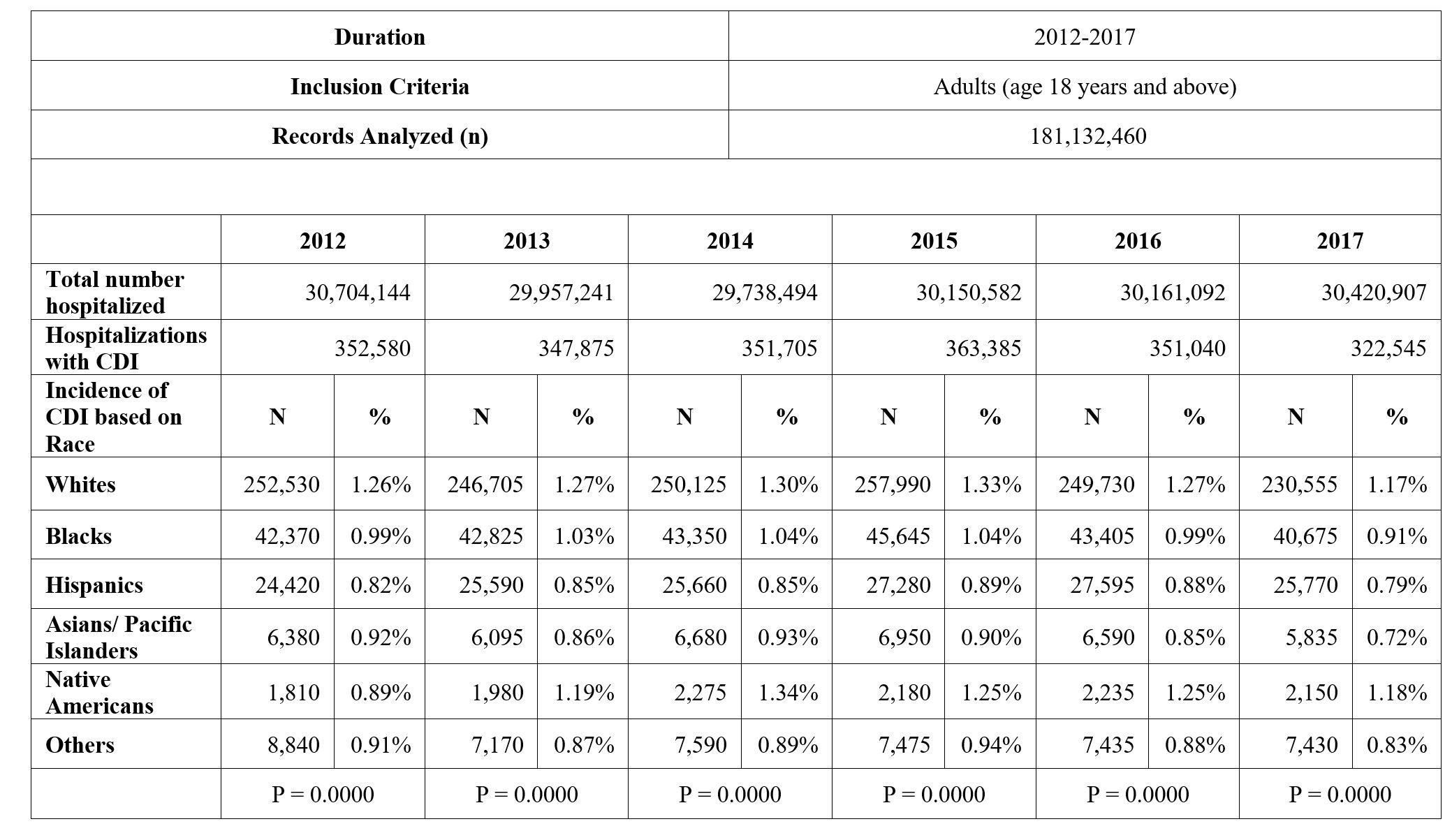 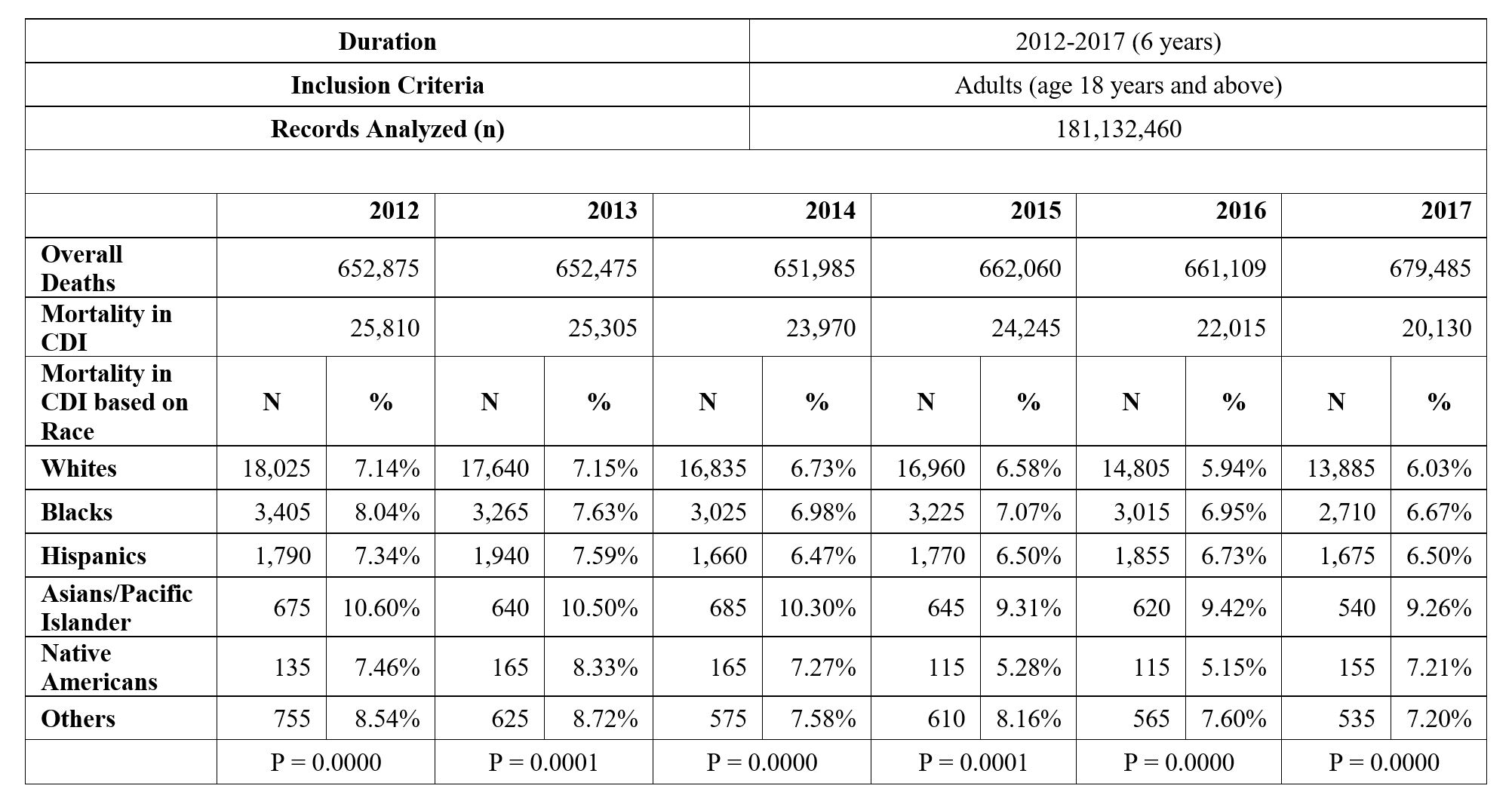