P1030 (S1979). - Holding Pressure: The Use of a Sengstaken-Blakemore Tube in the Setting of Atrioesophageal Fistula Hemorrhage 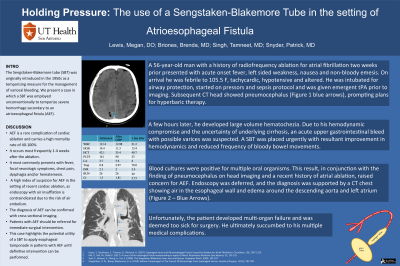 The Sengstaken-Blakemore tube (SBT) was originally introduced in the 1950s as a temporizing measure for the management of variceal bleeding. We present a case in which a SBT was employed unconventionally to temporize severe hemorrhage secondary to an atrioesophageal fistula (AEF).

A 56-year-old man with a medical history of atrial fibrillation and radiofrequency ablation two weeks prior presented with acute onset fever, left sided weakness, nausea and non-bloody emesis. On arrival he was febrile to 105.5 F, tachycardic, hypotensive and altered. He was intubated for airway protection, started on pressors and sepsis protocol and was given emergent tPA for suspicion of stroke. CT head was negative for hemorrhagic or ischemic stroke but showed pneumocephalus (Figure 1). A few hours later, he developed large volume hematochezia. Due to his hemodynamic compromise and the uncertainty of underlying cirrhosis, an acute upper gastrointestinal bleed with possible varices was suspected. A SBT was placed urgently with resultant improvement in hemodynamics and reduced frequency of bloody bowel movements. Blood cultures were positive for multiple oral organisms. This result, in conjunction with the finding of pneumocephalus on head imaging and a recent history of atrial ablation, raised concern for an AEF. Endoscopy was deferred, and a CT chest was obtained showing air in the esophageal wall and edema around the descending aorta and left atrium (Figure 2). Unfortunately, the patient developed multi-organ failure and was deemed too sick for surgery. He ultimately succumbed to his multiple medical complications.

Discussion: AEF is a rare complication of cardiac ablation and carries a high mortality rate of 40-100%. It occurs most frequently 1-4 weeks after the ablation. The condition most commonly presents with fever, focal neurologic symptoms, chest pain, dysphagia and/or hematemesis. A high index of suspicion for AEF in the setting of recent cardiac ablation and the appropriate clinical presentation is essential, as endoscopy with air insufflation is contraindicated due to the risk of air embolism. The diagnosis is confirmed on cross sectional imaging. Patients with AEF should be referred for immediate surgical intervention. This case highlights the potential utility of a SBT to apply esophageal tamponade in patients with AEF until definitive intervention can be performed. 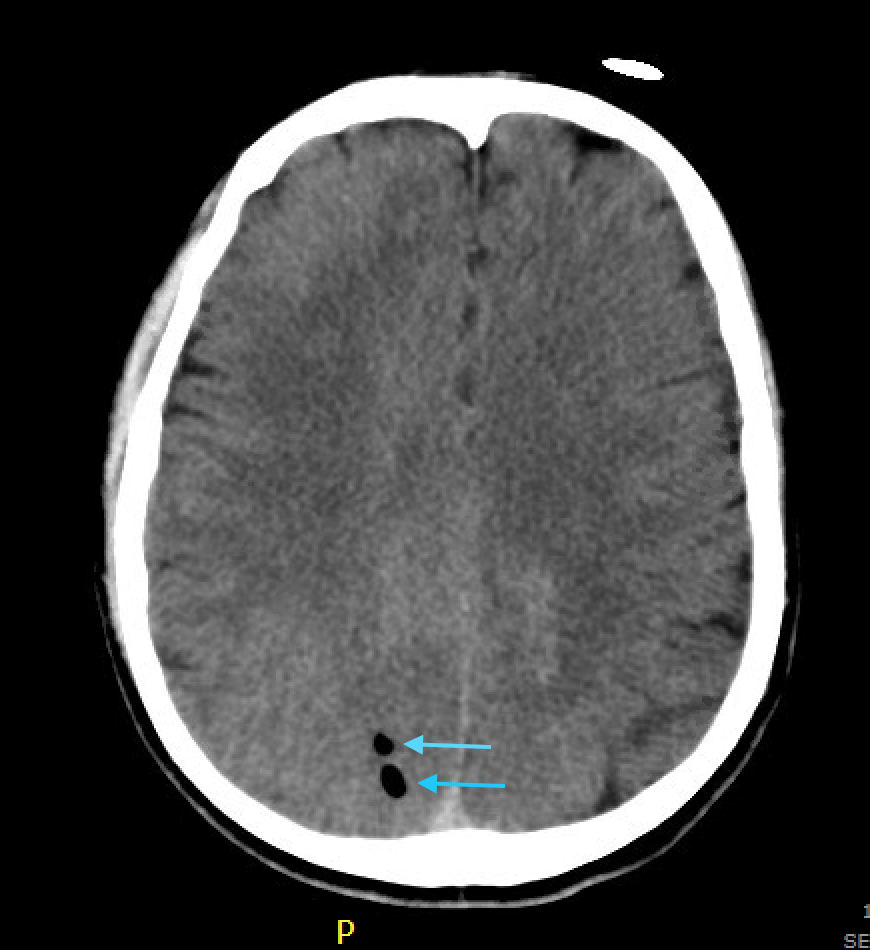 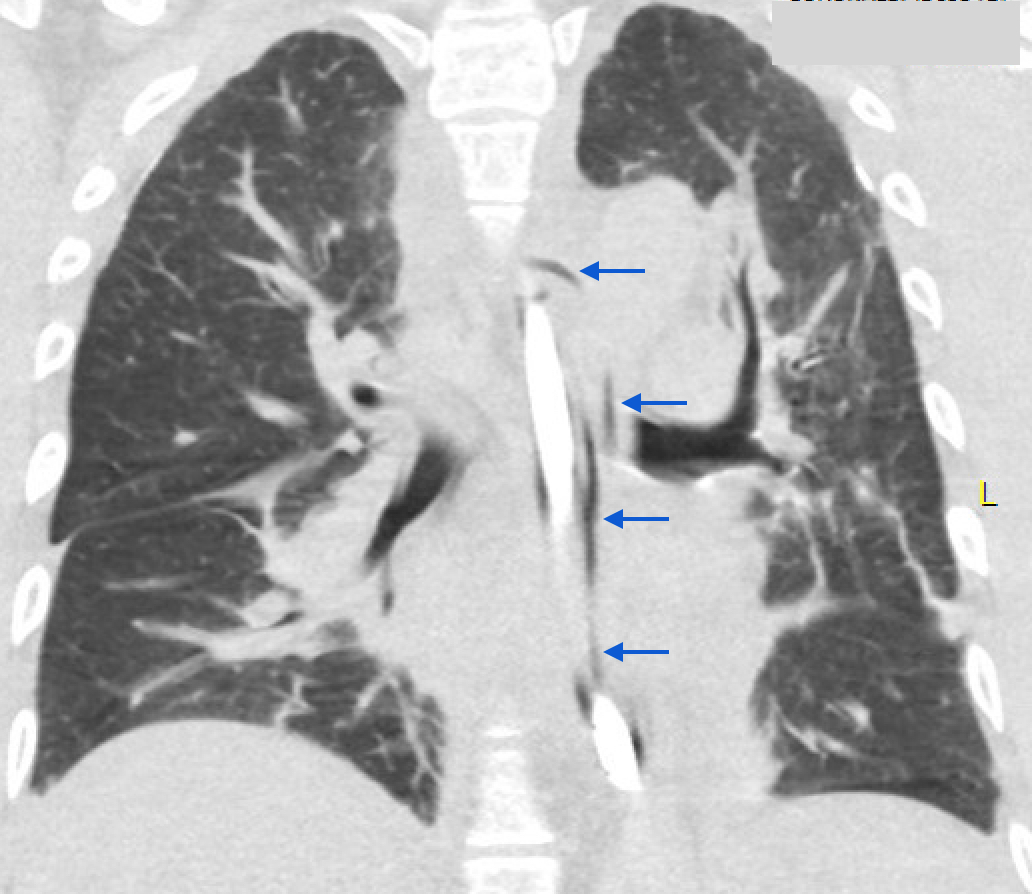 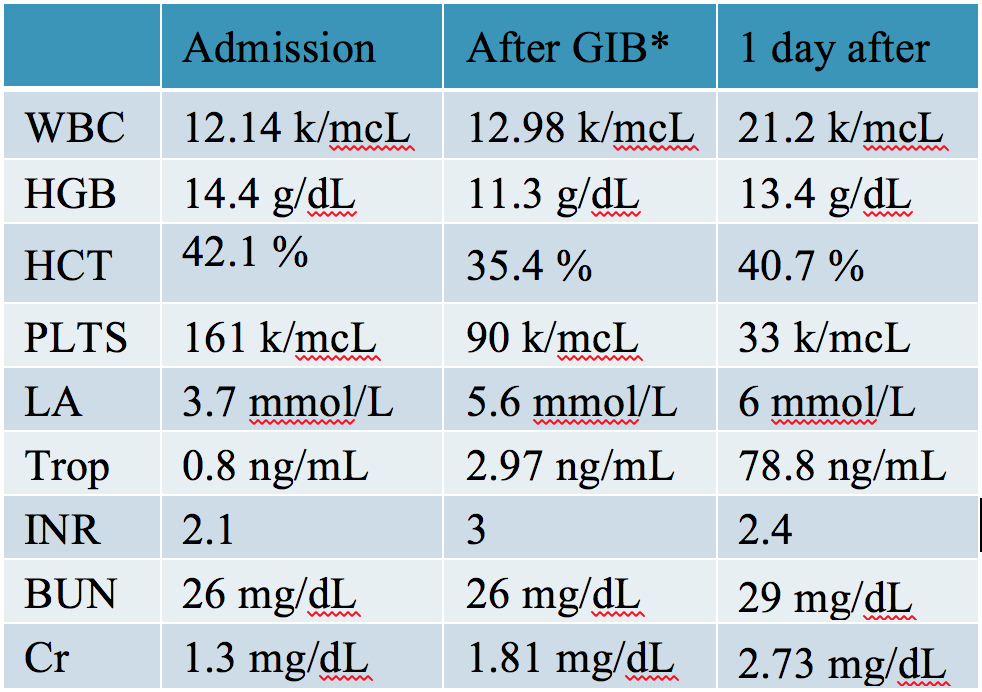 Figure 3. Table representing the most relevant laboratory values from admission, after GIB episode and one-day after presentation. Patient received 6 units of crash blood after episode of GI bleed.