P0734 (S0291). - Racial and Ethnic Disparities in the Diagnosis of Colorectal Polyps 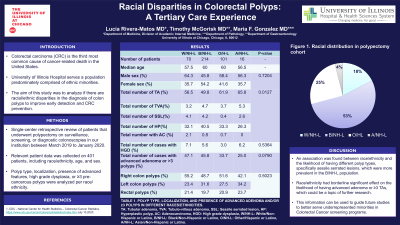 Introduction: Colorectal carcinoma (CRC) is the third most common cause of cancer-related death in the United States. University of Illinois Hospital serves a population predominately comprised of ethnic minorities. The aim of this study was to analyze if there are racial/ethnic disparities in the diagnosis of colon polyps to improve early detection and CRC prevention.

Methods: After institutional review board approval, we performed a retrospective review of patients that underwent polypectomy on surveillance, screening, or diagnostic colonoscopies in our institution between March 2019 to January 2020. Information about race/ethnicity, age, sex, polyp type, localization, presence of advanced features or ≥3 pre-cancerous polyps were analyzed.

Discussion: Our study demonstrated that race/ethnicity has an effect on the likelihood of having different polyp types, including SSLs, which were more prevalent in the B/NH-L population. This information can be used to guide future studies to better serve underrepresented minorities in Colorectal Cancer screening programs. 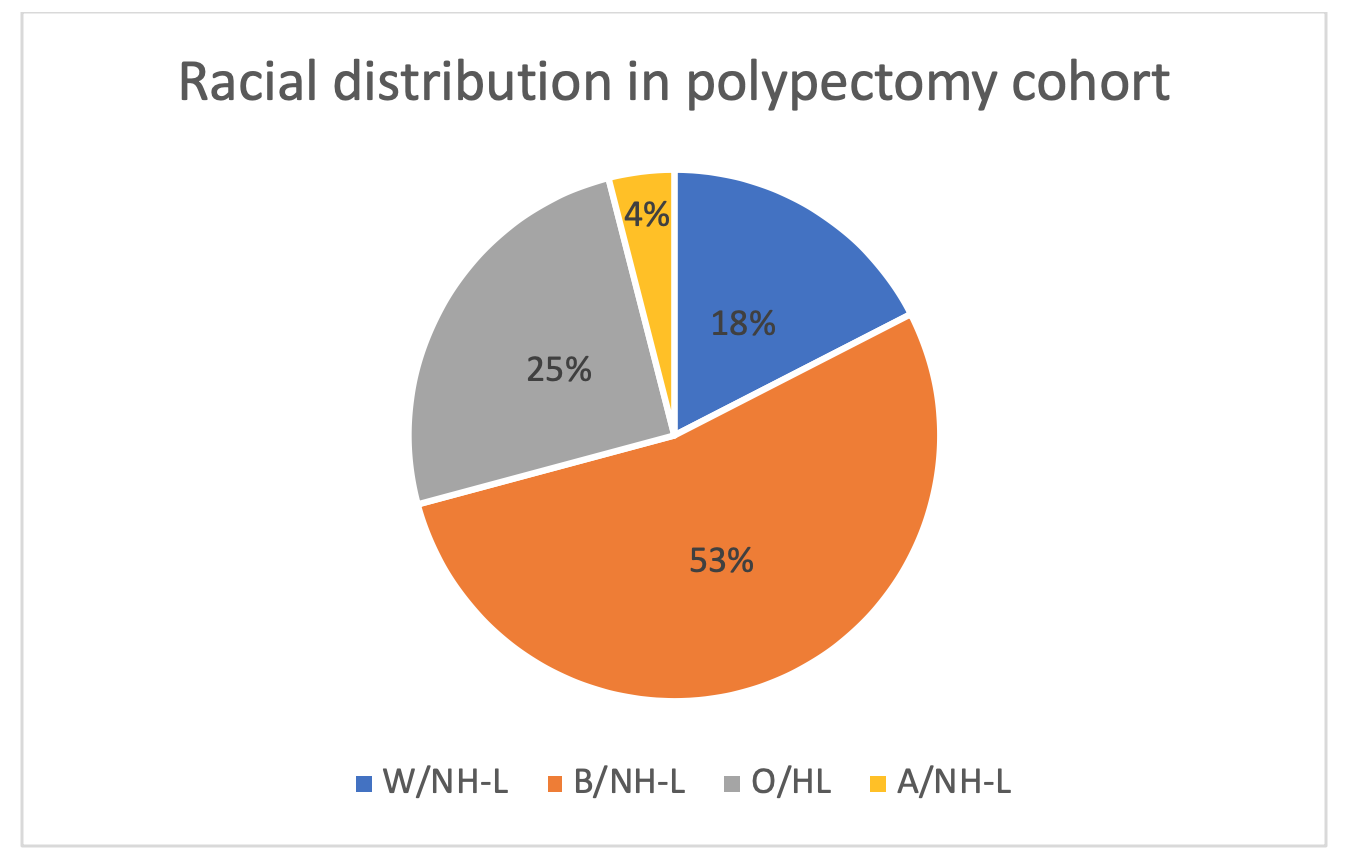