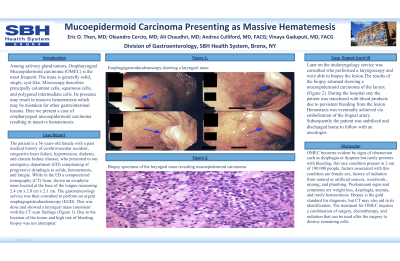 Introduction: Among salivary gland tumors, Oropharyngeal Mucoepidermoid carcinoma (OMEC) is the most frequent. The mass is generally solid, single, cyst-like. Microscopy describes principally columnar cells, squamous cells, and polygonal intermediate cells. Its presence may result in massive hematemesis which may be mistaken for other gastrointestinal lesions. Here we present a case of oropharyngeal mucoepidermoid carcinoma resulting in massive hematemesis.

Methods: The patient is a 56 years-old female with a past medical history of cerebrovascular accident, congestive heart failure, hypertension, diabetes, and chronic kidney disease; who presented to our emergency department (ED) complaining of progressive dysphagia to solids, hematemesis, and fatigue. While in the ED a computerized tomography (CT) Scan, shown an exophytic mass located at the base of the tongue measuring 2.4 cm x 2.0 cm x 2.1 cm. The gastroenterology service was then consulted to perform an urgent esophagogastroduodenscopy (EGD). This was done and showed a laryngeal mass consistent with the CT scan findings (Figure 1). Due to the location of the lesion and high risk of bleeding biopsy was not attempted. Later on the otolaryngology service was consulted who performed a laryngoscopy and were able to biopsy the lesion. The results of the biopsy returned showing a mucoepidermoid carcinoma of the larynx (Figure 2). During the hospital stay the patient was transfused with blood products due to persistent bleeding from the lesion. Hemostasis was eventually achieved via embolization of the lingual artery. Subsequently the patient was stabilized and discharged home to follow with an oncologist.

Discussion: OMEC becomes evident by signs of obstruction such as dysphagia or dyspnea but rarely presents with bleeding, this rare condition present in 2 out of 100.000 people, factors associated with this condition are female sex, history of radiation from natural or artificial sources, woodwork, mining, and plumbing. Predominant signs and symptoms are weight loss, dysphagia, anemia, and rarely hematemesis. Biopsy is the gold standard for diagnosis, but CT may also aid in its identification. The treatment for OMEC requires a combination of surgery, chemotherapy, and radiation that can be used after the surgery to destroy remaining cells. 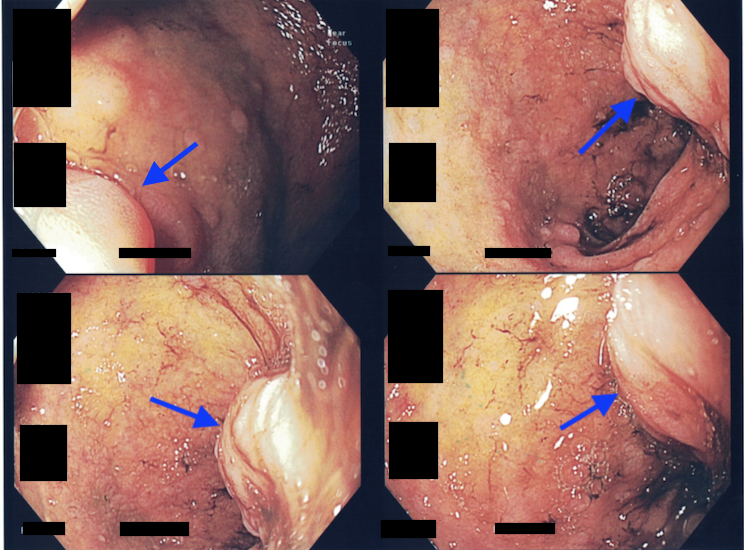 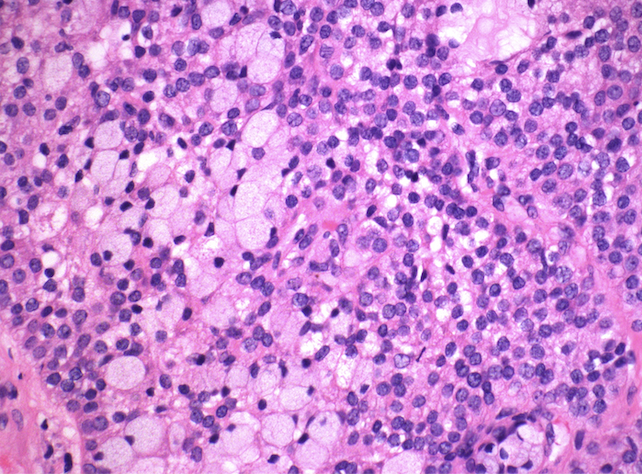