P1016 (S1965). - Progression of Esophageal Intramural Pseudodiverticulosis in the Setting of Candida 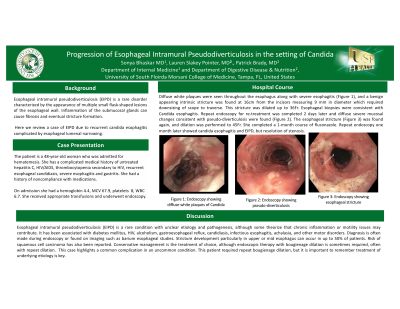 Introduction: Esophageal intramural pseudodiverticulosis (EIPD) is a rare disorder characterized by the appearance of multiple small flask-shaped lesions of the esophageal wall. Inflammation of the submucosal glands can cause fibrosis and eventual stricture formation. Here we review a case of EIPD due to recurrent candida esophagitis complicated by esophageal lumenal narrowing.

Methods: The patient is a 48 year old woman who was admitted for hematemesis. She has a complicated medical history of untreated hepatitis C, HIV/AIDS, thrombocytopenia secondary to HIV, recurrent esophageal candidiasis, severe esophagitis and gastritis. She had a history of noncompliance with medications. On admission she had a hemoglobin 4.4, MCV 67.9, platelets  8, WBC 6.7. She received appropriate transfusions and underwent endoscopy. Diffuse white plaques were seen throughout the esophagus along with severe esophagitis (Figure 1), and a benign appearing intrinsic stricture was found at 16cm from the incisors measuring 9 mm in diameter which required downsizing of scope to traverse. This stricture was dilated up to 36Fr. Esophageal biopsies were consistent with Candida esophagitis. Repeat endoscopy for re-treatment was completed 2 days later and diffuse severe mucosal changes consistent with pseudo-diverticulosis were found (Figure 2). The esophageal stricture (Figure 3) was found again and dilation was performed to 45Fr. She completed a 1 month course of fluconazole. Repeat endoscopy one month later showed candida esophagitis and EIPD, but resolution of stenosis.

Discussion: Esophageal intramural pseudodiverticulosis (EIPD) is a rare condition with unclear etiology and pathogenesis, although some theorize that chronic inflammation or motility issues may contribute. It has been associated with diabetes mellitus, HIV, alcoholism, gastroesophageal reflux, candidiasis, infectious esophagitis, achalasia, and other motor disorders. Diagnosis is often made during endoscopy or found on imaging such as barium esophageal studies. Stricture development particularly in upper or mid esophagus can occur in up to 50% of patients. Risk of squamous cell carcinoma has also been reported. Conservative management is the treatment of choice, although endoscopic therapy with bougienage dilation is sometimes required, often with repeat dilation. This case highlights a common complication in an uncommon condition. This patient required repeat bougienage dilation, but it is important to remember treatment of underlying etiology is key. 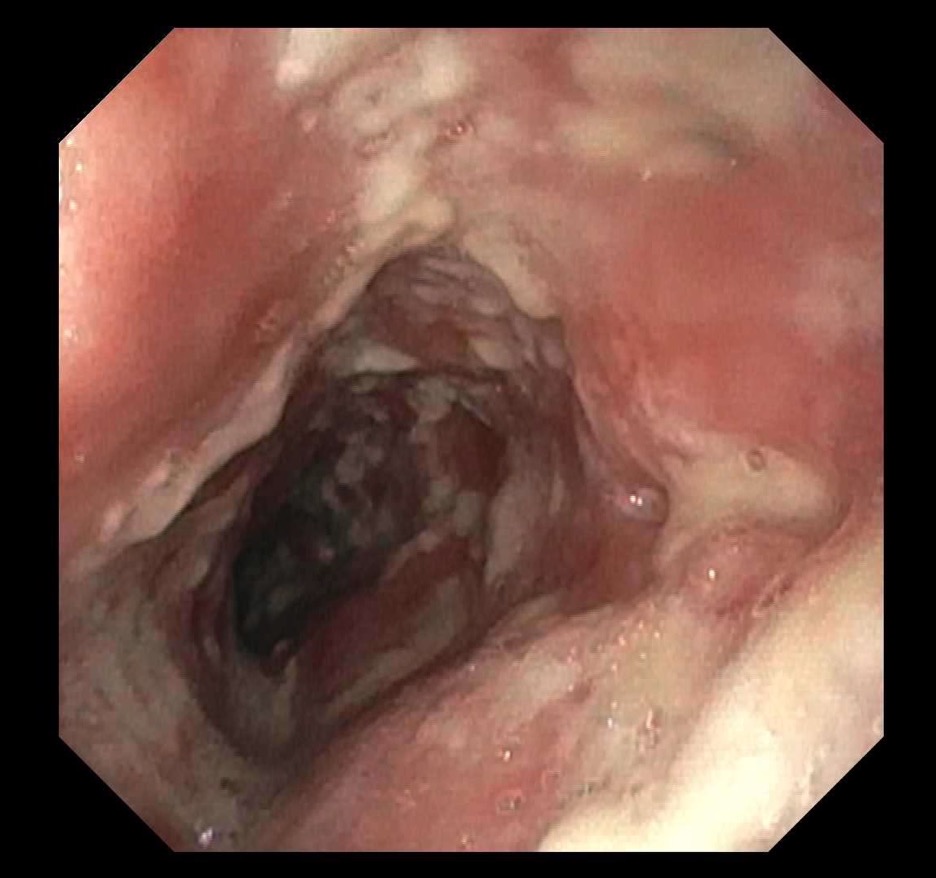 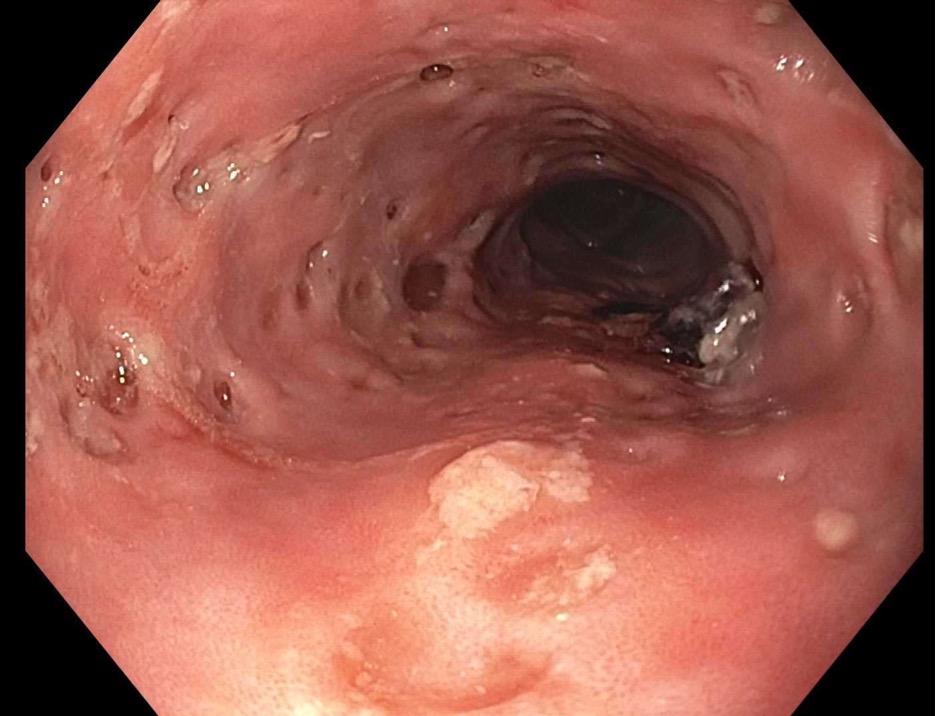 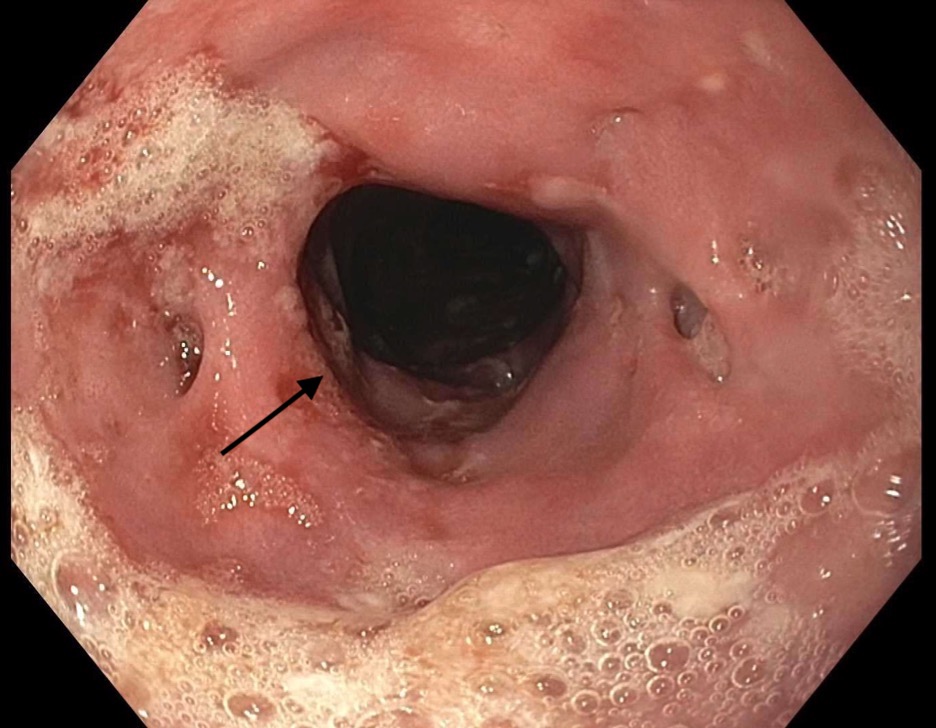