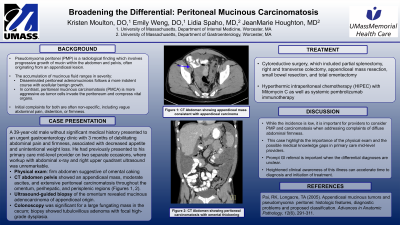 Introduction: Pseudomyxoma peritonei (PMP) is a radiological finding which involves progressive growth of mucin within the abdomen and pelvis, often originating from an appendiceal lesion. The accumulation of mucinous fluid ranges in severity. Disseminated peritoneal adenomucinosis follows a more indolent course with acellular benign growth. In contrast, peritoneal mucinous carcinomatosis (PMCA) is more aggressive as tumor cells invade the peritoneum and compress vital organs. Initial complaints for both are often non-specific, including vague abdominal pain, distention, or firmness.

Discussion: While the incidence is low, it is important for providers to consider PMP and carcinomatosis when addressing complaints of diffuse abdominal firmness and pain with movement. This case highlights the importance of the physical exam and the possible medical knowledge gaps in primary care mid-level providers. Prompt GI referral is imperative in cases where the differential diagnosis is unknown. Patients with PMP and PMCA often experience months of debilitating symptoms prior to an appropriate diagnosis. Heightened clinical awareness of this illness can accelerate time to diagnosis and initiation of treatment. 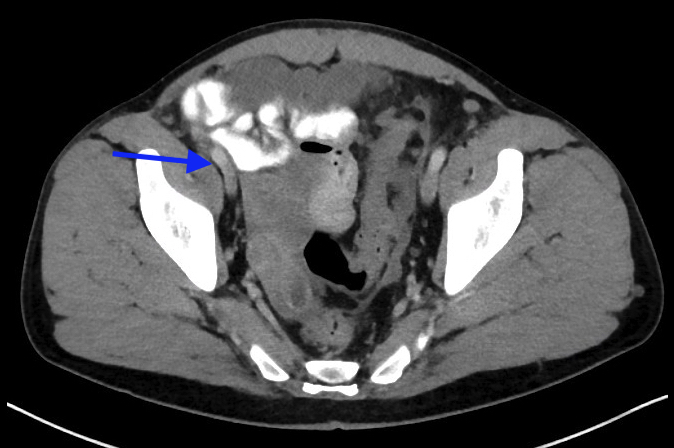 Figure 1: CT abdomen pelvis revealed expansion of the lumen at the distal aspect of the appendix, consistent with appendiceal carcinoma. 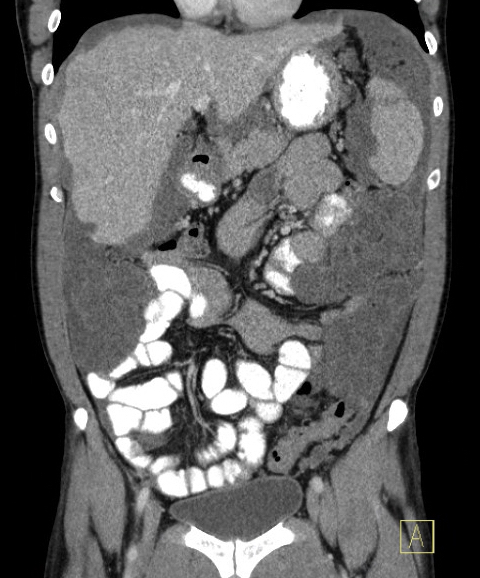 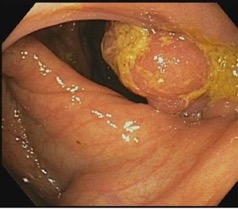