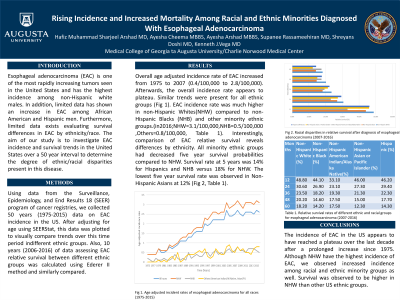 Introduction: Esophageal adenocarcinoma (EAC) is one of the most rapidly increasing tumors seen in the United States and has the highest incidence among non-Hispanic white males.  In addition, limited data has shown an increase in EAC among African American and Hispanic men.  Furthermore, limited data exists evaluating survival differences in EAC by ethnicity/race.  The aim of our study is to investigate EAC incidence and survival trends in the United States over a 50 year interval to determine the degree of ethnic/racial disparities present in this disease.

Methods: Using data from the Surveillance, Epidemiology, and End Results 18 (SEER) program of cancer registries, we collected 50 years (1975-2015) data on EAC incidence in the US.  After adjusting for age using SEERStat®, this data was plotted to visually compare trends over this time period in different ethnic groups. Also, 10 years (2006-2016) of data assessing EAC relative survival between different ethnic groups was calculated using Ederer II method and similarly compared.

Results: Overall age adjusted incidence rate of EAC increased from 1975 to 2007 (0.4/100,000 to 2.8/100,000).  Afterwards, the overall incidence rate appears to plateau. Similar trends were present for all ethnic groups (Fig 1, Table 1). EAC  incidence rate was much higher in non-Hispanic Whites (NHW) compared to non-Hispanic Blacks (NHB) and other minority ethnic groups (in 2016; NHW=3.1/100,000, NHB=0.5/100,000, Others=0.8/100,000, Table 1). Interestingly, comparison of EAC relative survival reveals differences by ethnicity.  All minority ethnic groups had decreased five year survival probabilities compared to NHW.  Survival rate at 5 years was 14% for Hispanics and NHB versus 18% for NHW. The lowest five year survival rate was observed in Non-Hispanic Asians at 12% (Fig 2, Table 2).

Discussion: The incidence of EAC in the US appears to have reached a plateau over the last decade after a prolonged increase since 1975.  Although NHW have the highest incidence of EAC, we observed increased incidence among racial and ethnic minority groups as well. Survival was observed to be higher in NHW than other US ethnic groups. Factors likely contributing to the observed outcome disparity include access to health care, limited recognition that this disease occurs in groups other than NHW, along with potential treatment differences, warranting further investigation. 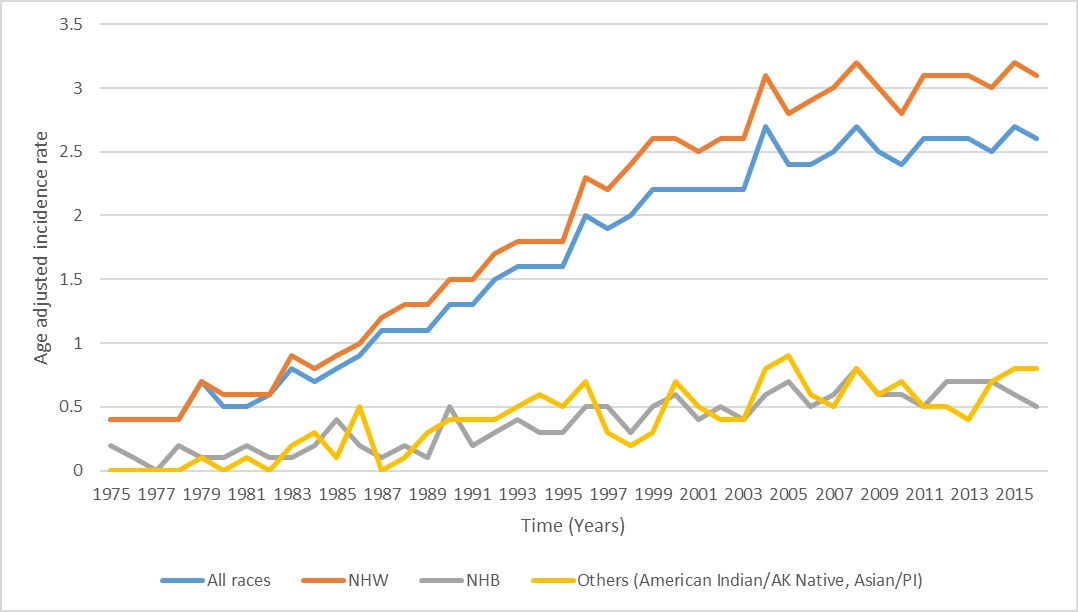 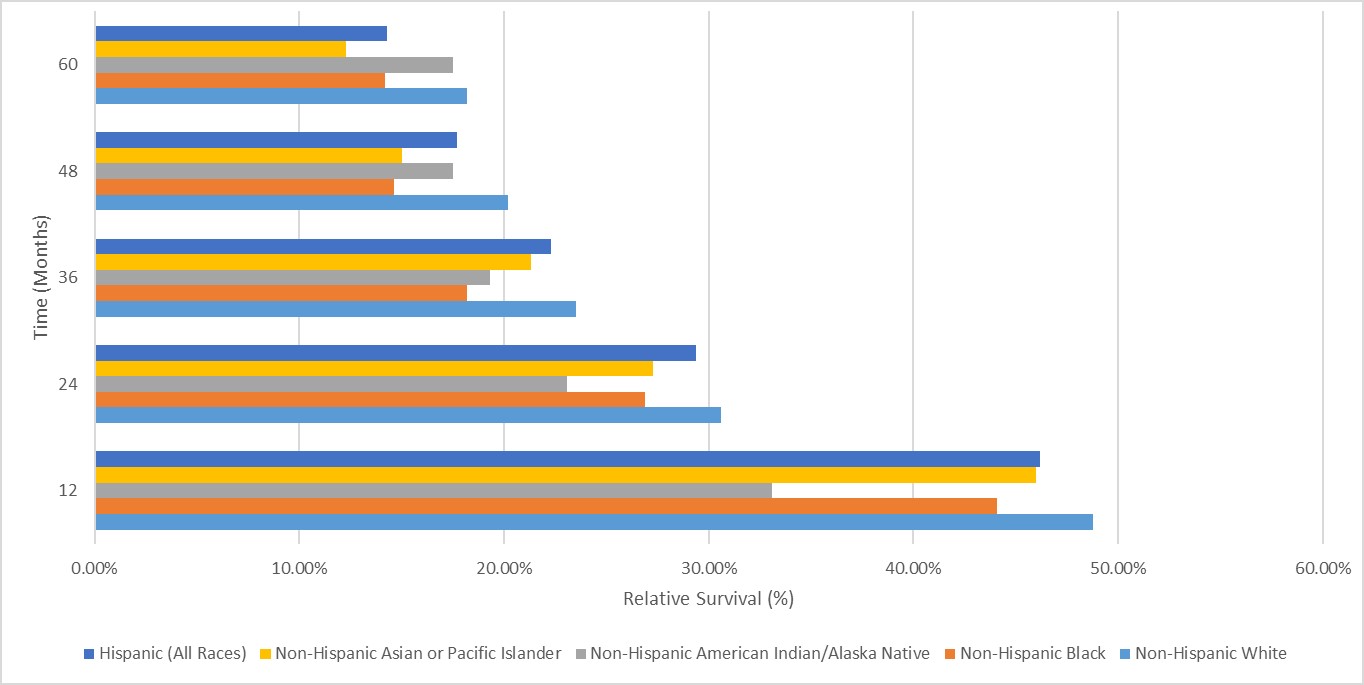 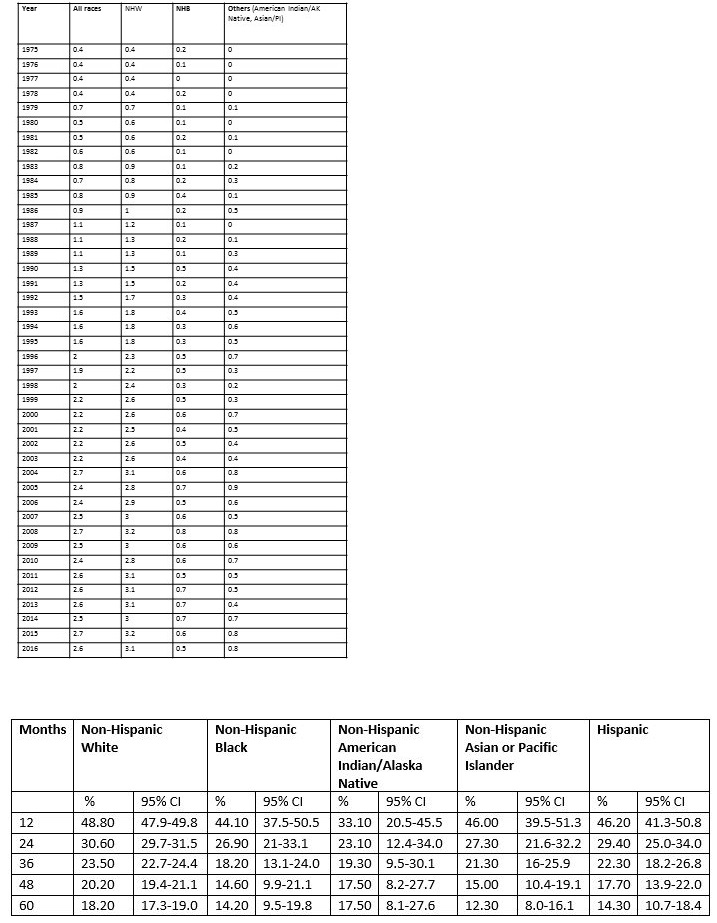