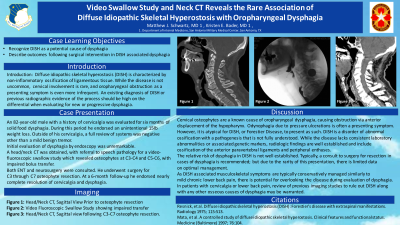 Introduction: Diffuse idiopathic skeletal hyperostosis (DISH) is characterized by non-inflammatory ossification of ligamentous tissue. While the disease is not uncommon, cervical involvement is rare, and oropharyngeal obstruction as a presenting symptom is even more infrequent. An existing diagnosis of DISH or previous radiographic evidence of the process should be high on the differential when evaluating for new or progressive dysphagia.

Methods: An 82-year-old male with a history of cervicalgia was evaluated for six months of solid food dysphagia. During this period he endorsed an unintentional 15lb weight loss. Outside of his cervicalgia, a full review of systems was negative other than a mild benign tremor. Initial evaluation of dysphagia by endoscopy was unremarkable. A head/neck CT was obtained, with referral to speech pathology for a video-fluoroscopic swallow study which revealed osteophytes at C3-C4 and C5-C6, with impaired bolus transfer. Both ENT and neurosurgery were consulted. Given his dysphagia he underwent surgery for C3 through C7 osteophyte resection.
At a 6-month follow-up, he endorsed a near complete resolution of cervicalgia and dysphagia.

Discussion: Cervical osteophytes are a known cause of oropharyngeal dysphagia, causing obstruction via anterior displacement of the hypopharynx. Odynophagia due to pressure ulcerations is often a presenting symptom.  However, it is atypical for DISH, or Forestier Disease, to present as such. DISH is a disorder of abnormal ossification with a pathogenesis that is not fully understood. While the disease lacks consistent laboratory abnormalities or associated genetic markers, radiologic findings are well established and include ossification of the anterior paravertebral ligaments and peripheral enthuses. The relative risk of dysphagia in DISH is not well established. Typically, a consult to surgery for resection in cases of dysphagia is recommended; but due to the rarity of this presentation, there is limited data on optimal management.
As DISH associated musculoskeletal symptoms are typically conservatively managed similarly to mild chronic lower back pain, there is potential for overlooking the disease during evaluation of dysphagia. In patients with cervicalgia or lower back pain, review of previous imaging studies to rule out DISH may be warranted. 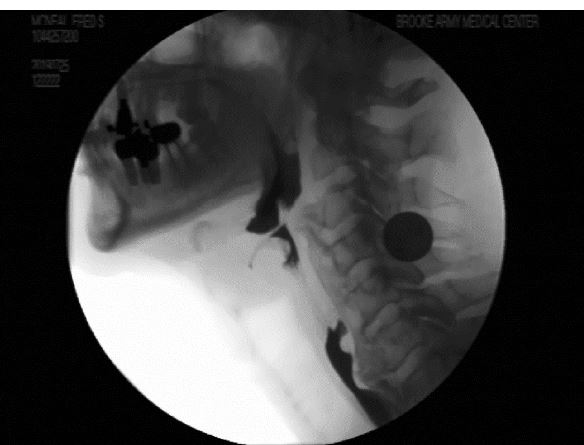 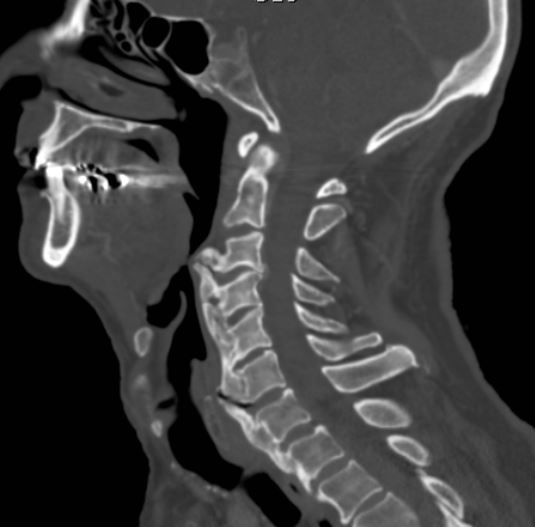 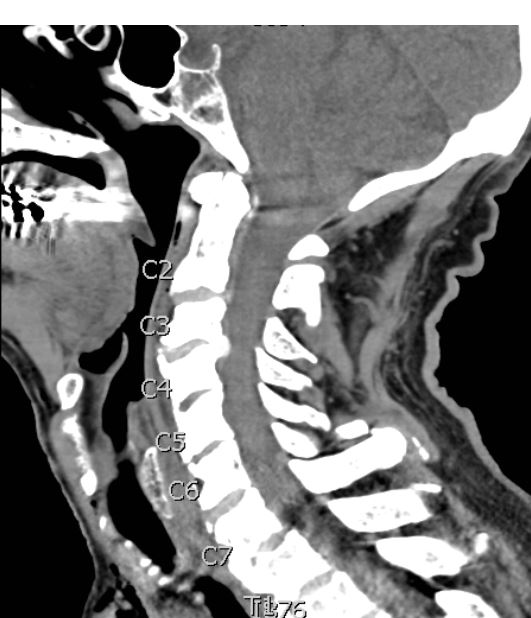