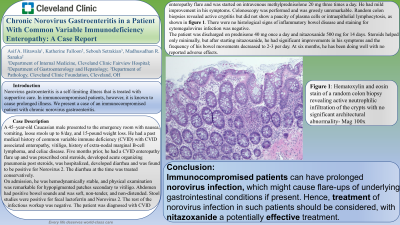 Methods: A 45–year-old Caucasian male presented to the emergency room with nausea, vomiting, loose stools up to 8/day, and 15-pound weight loss. He had a past medical history of common variable immune deficiency (CVID) with CVID associated enteropathy, vitiligo, history of extra-nodal marginal B-cell lymphoma, and celiac disease. Five months prior, he had a CVID enteropathy flare up and was prescribed oral steroids. Post steroids, he developed acute organizing pneumonia and was hospitalized. He had diarrhea which was treated with supportive care. Stool studies were positive for Norovirus 2.
On admission, he was hemodynamically stable, and physical examination was remarkable for hypopigmented patches secondary to vitiligo. Abdomen had positive bowel sounds and was soft, non-tender, and non-distended. Laboratory workup was as shown in table 1. Stool studies were positive for fecal lactoferrin and Norovirus 2. The rest of the infectious workup was negative.
The patient was diagnosed with CVID enteropathy flare and was started on intravenous methylprednisolone 20 mg three times a day. He had mild improvement in his symptoms. Colonoscopy was performed and was grossly unremarkable. Random colon biopsies revealed active cryptitis but did not show a paucity of plasma cells or intraepithelial lymphocytosis, as shown in figure 1. There were no histological signs of inflammatory bowel disease and staining for cytomegalovirus infection was negative.
The patient was discharged on prednisone 40 mg once a day and nitazoxanide 500 mg for 14 days. Steroids helped only minimally, but after starting nitazoxanide, he had significant improvements in his symptoms and the frequency of his bowel movements decreased to 2-3 per day. At six months, he has been doing well with no reported adverse effects. 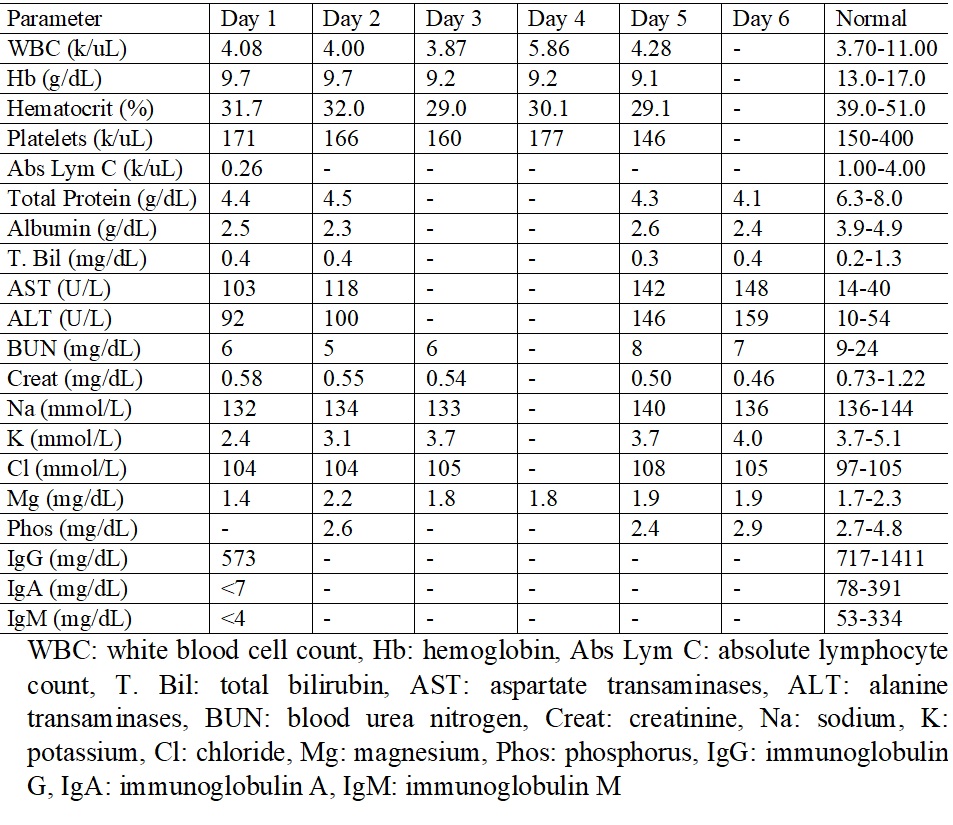 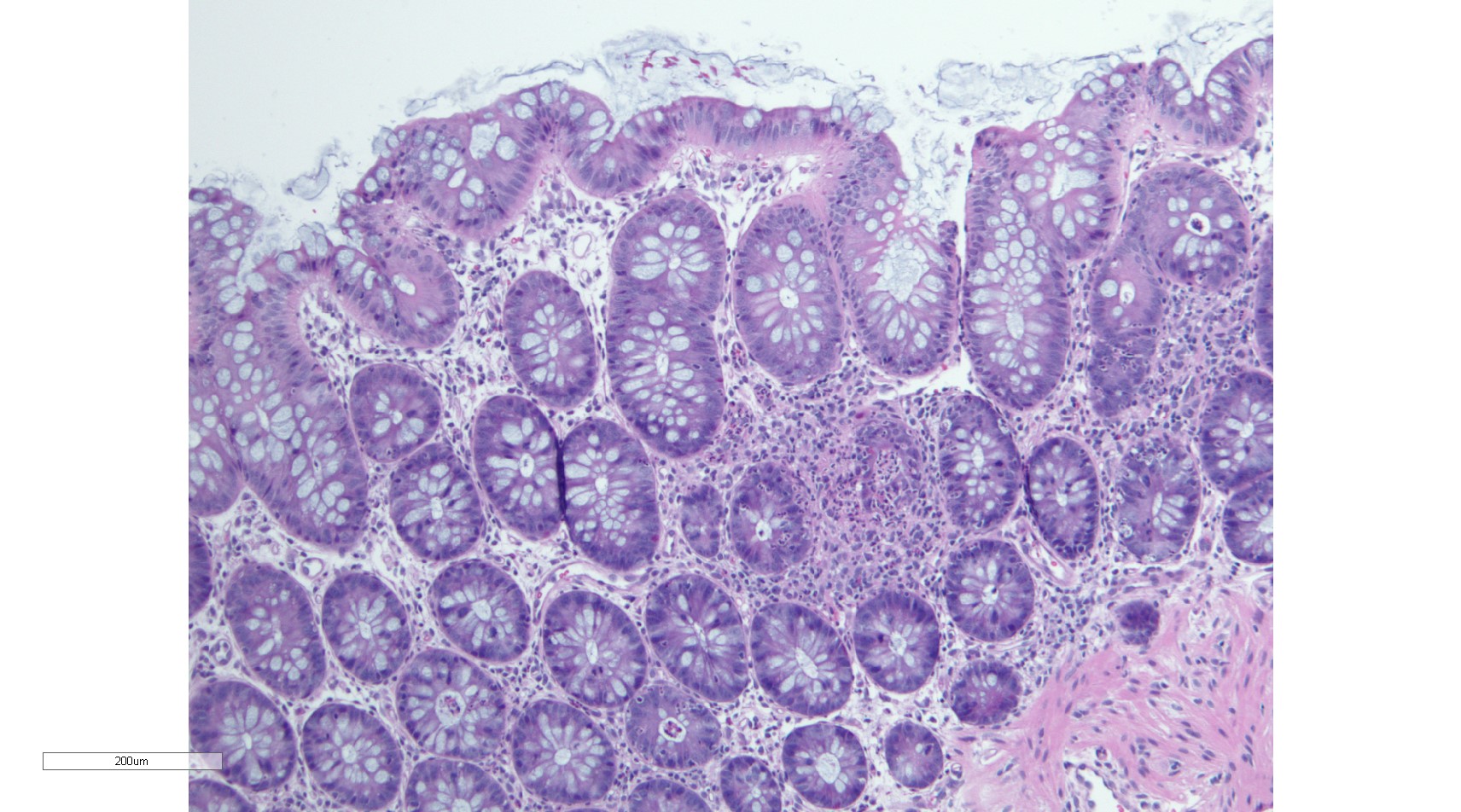