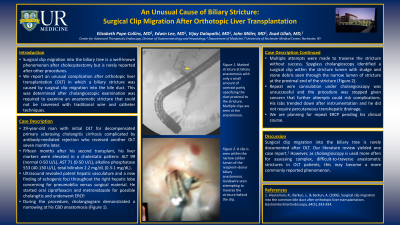 Introduction: Surgical clip migration into the biliary tree is a well-known phenomenon after cholecystectomy but is rarely reported after other procedures. We report an unusual complication after orthotopic liver transplantation (OLT) in which a biliary stricture was caused by surgical clip migration into the bile duct. This was determined after cholangioscopic examination was required to examine an anastomotic stricture that could not be traversed with traditional wire and catheter techniques.

Methods: Our patient is a 29-year-old man with an initial OLT for decompensated primary sclerosing cholangitis complicated by antibody-mediated rejection who received another OLT seven months later. Fifteen months after his second transplant, his liver markers were elevated in a cholestatic pattern: ALT 99 (normal 0-50 U/L), AST 71 (0-50 U/L), alkaline phosphatase 553 (40-130 U/L), and a total bilirubin peaking at 2.2 mg/dL (0.3-1 mg/dL). Ultrasound revealed patent hepatic vasculature and a new finding of echogenic foci throughout the right hepatic lobe concerning for pneumobilia versus surgical material. He started oral ciprofloxacin and metronidazole for possible cholangitis and underwent ERCP. During the procedure, cholangiogram demonstrated a narrowing at his CBD anastomosis (Figure 1). Multiple attempts were made to traverse the stricture without success. Spyglass cholangioscopy identified a surgical clip within the stricture lumen with sludge and stone debris seen through the narrow lumen of stricture at the proximal end of the stricture (Figure 2). Repeat wire cannulation under cholangioscopy was unsuccessful and the procedure was stopped given concern that further attempts could risk complications. His labs trended down after instrumentation and he did not require percutaneous transhepatic drainage. We are planning for repeat ERCP pending his clinical course.

Discussion: Surgical clip migration into the biliary tree is rarely documented after OLT. Our literature review yielded one case report by Alsulaiman et al in 20061. However, as cholangioscopy is used more often for assessing complex, difficult-to-traverse anastomotic strictures in OLT patients, this may become a more commonly reported phenomenon. 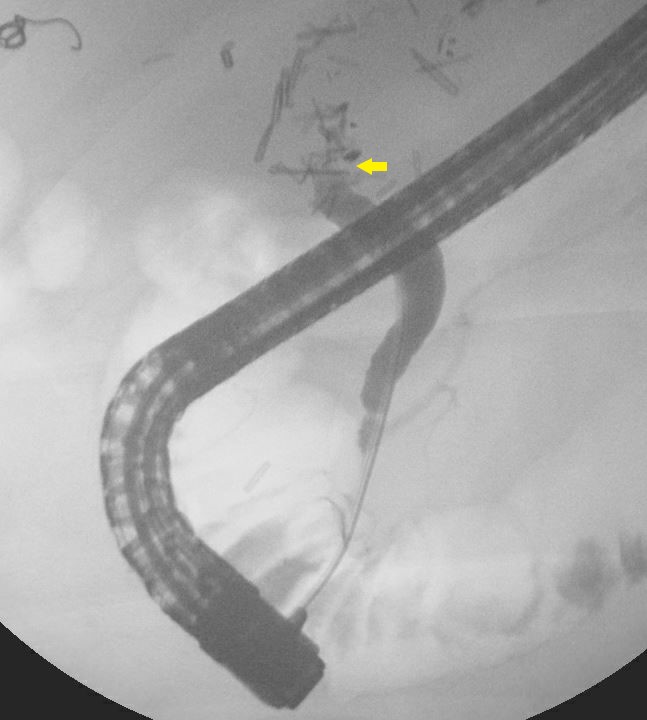 Figure 1: Marked stricture at biliary anastomosis with only a small amount of contrast partly opacifying the duct proximal to the stricture. Multiple clips are seen at the anastomosis. 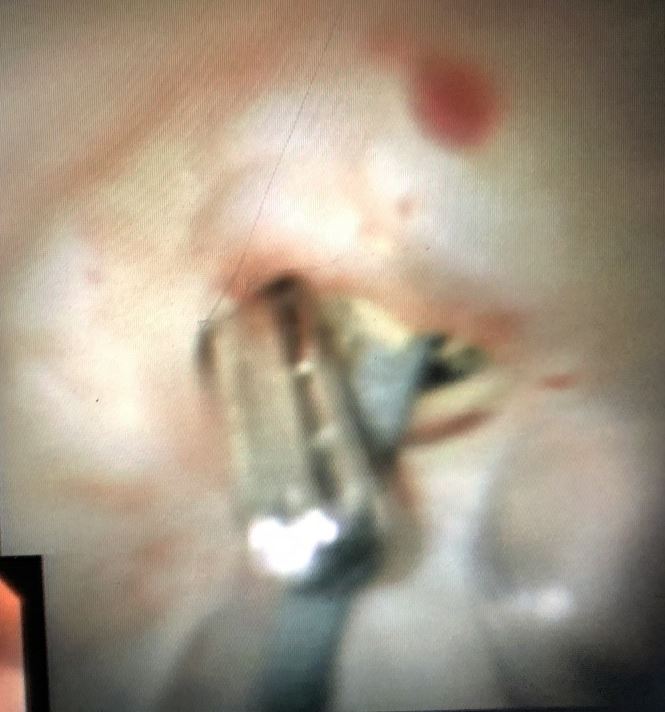 Figure 2: A clip is seen within the narrow caliber lumen of the recipient–donor biliary anastomosis. Guidewire seen attempting to traverse the stricture behind the clip.