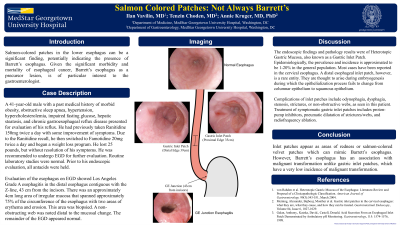 Introduction: Salmon-colored patches in the lower esophagus can be a worrisome finding, but clinical implications depend on the underlying etiology.

Methods: A 41-year-old male with a past medical history of morbid obesity, obstructive sleep apnea, hypertension, hypercholesterolemia, impaired fasting glucose, hepatic steatosis, and chronic gastroesophageal reflux disease presented for evaluation of his reflux. He had previously taken Ranitidine 150mg twice a day with some improvement of symptoms. Due to the Ranitidine recall, he then switched to Famotidine 20mg twice a day and began a weight loss program. He lost 25 pounds, but without resolution of his symptoms. He was recommended to undergo EGD for further evaluation. Routine laboratory studies were normal. Prior to his endoscopic evaluation, all antacids were held. Evaluation of the esophagus on EGD showed Los Angeles Grade A esophagitis in the distal esophagus contiguous with the Z-line, 43 cm from the incisors (Figure 1). There was an approximately 4cm long area of irregular mucosa that spanned approximately 75% of the circumference of the esophagus (Figure 2) with two areas of erythema and erosion. This area was biopsied. A non-obstructing web was noted distal to the mucosal change (Figure 3). The remainder of the EGD appeared normal.

Discussion: The endoscopic findings and pathology results were of Heterotopic Gastric Mucosa, also known as a Gastric Inlet Patch. Epidemiologically, the prevalence and incidence haven’t been well studied but is approximated to be 1-20% in the general population. Most of the cases have been reported in the cervical esophagus. A distal esophageal inlet patch, however, is a rare entity. They are thought to arise during embryogenesis during which the epithelialization process fails to change from columnar epithelium to squamous epithelium. 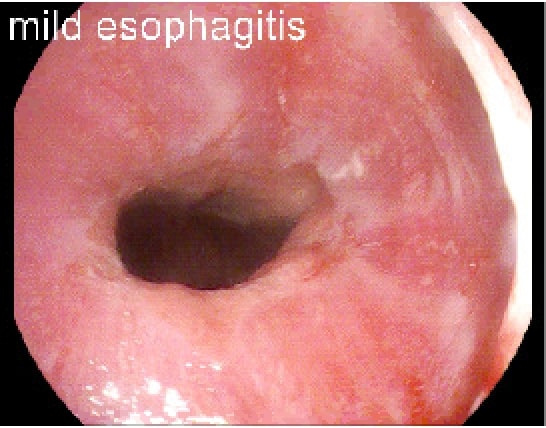 Los Angeles Grade A esophagitis in the distal esophagus contiguous with the Z-line, 43 cm from the incisors 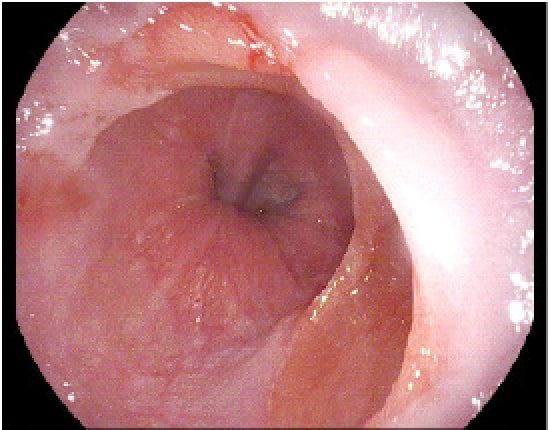 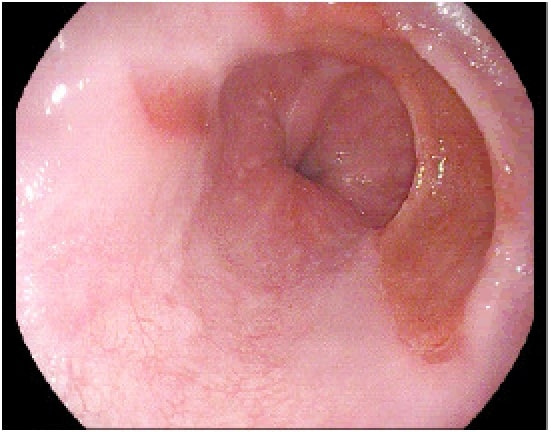 A non-obstructing web was noted distal to the mucosal change