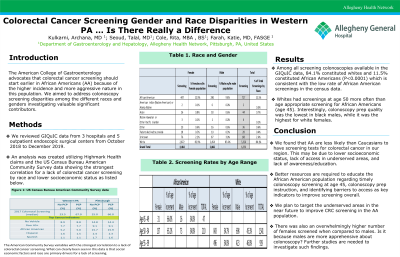 Introduction: The American College of Gastroenterology advocates that colorectal cancer screening should start earlier in African Americans because of the higher incidence and more aggressive nature in this population. We aimed to address colonoscopy screening disparities among the different races and genders investigating valuable significant contributors.

Methods: We reviewed GIQuIC data from 3 hospitals and 5 endoscopy outpatient surgical centers from October 2018 to December 2019. An analysis was created utilizing Highmark Health claims and the US Census Bureau American Community Survey data showing the strongest correlation for a lack of colorectal cancer screening by race and lower socioeconomic status (Figure 1). Through utilization of this data and GIQuIC data, we analyzed race and age of colorectal cancer screenings among African American and Caucasians.

Results: Among all screening colonoscopies available in the GIQuIC data, 84.1% constituted whites and 11.5% constituted African Americans (P< 0.0001) which is consistent with the low rate of African American screenings in the census data.  Of all screenings, 54.7% were females and 45.3% males (P < 0.0001). We further looked at the data by race and gender (Table 1) and screening rates by age group (Table 2). Whites had screenings at age 50 more often than age appropriate screening for African Americans (age 45). Interestingly, colonoscopy prep quality was the lowest in black males, while it was the highest for white females.

Discussion: We found that African Americans are less likely than Caucasians to have screening tests for colorectal cancer in our region. This is consistent with previous studies. This may be due to lower socioeconomic status, lack of access in underserved areas, and lack of awareness/education. Better resources are required to educate the African American population regarding timely colonoscopy screening at age 45, colonoscopy prep instruction, and identifying barriers to access as key indicators to improve screening overall. We plan to target the underserved areas in the near future to improve CRC screening in the African American population. There was also an overwhelmingly higher number of females screened when compared to males. Is it because males are more apprehensive about colonoscopy? Further studies are needed to investigate such findings. 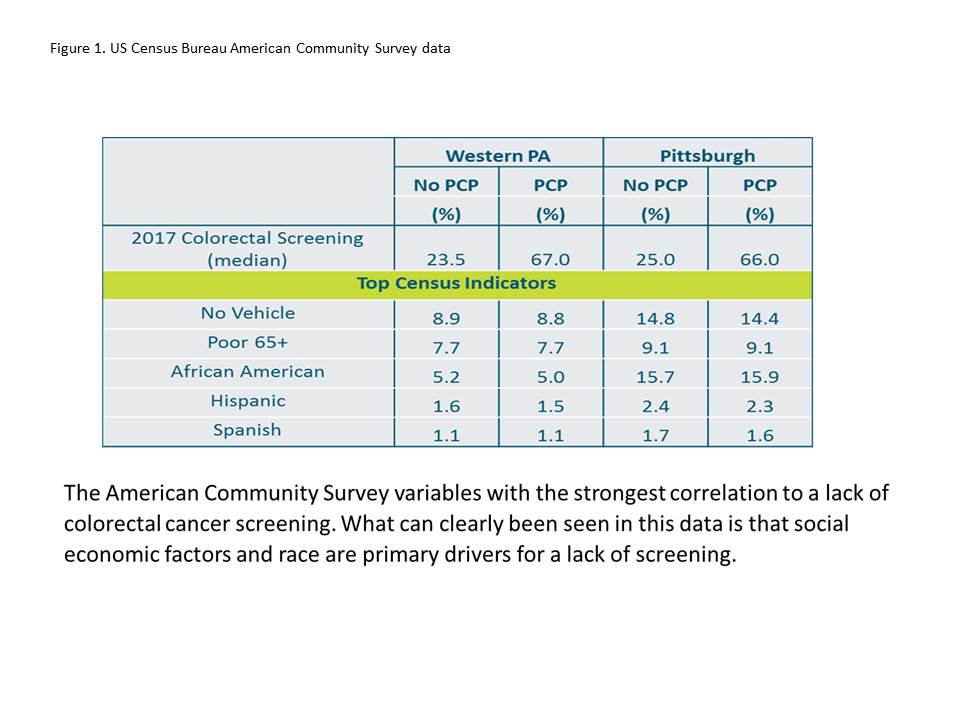 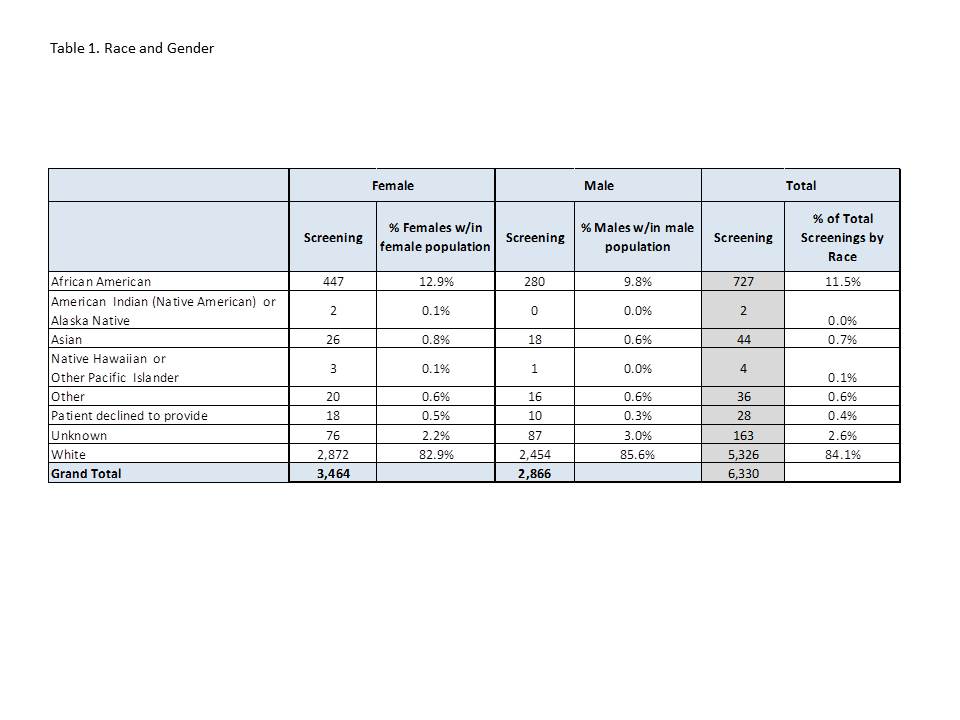 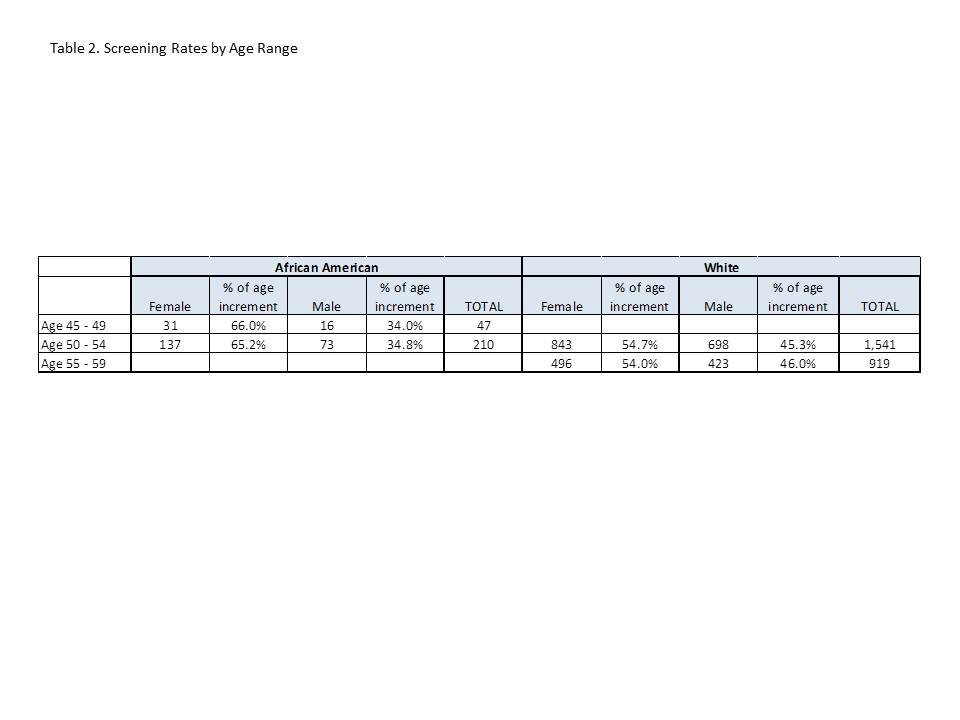