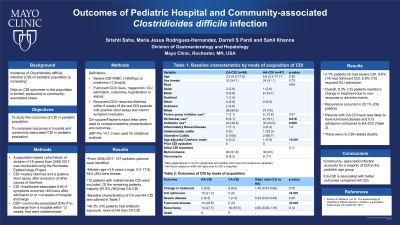 Introduction: Incidence of Clostridioides difficile infection (CDI) in pediatric population is increasing, with paucity of data on CDI outcomes in this population, particularly in community-associated cases.

Methods: A population-based cohort study of the pediatric age group (< 18 years) from 2006 to 2017 was conducted using the Rochester Epidemiology Project. CDI was diagnosed with watery diarrhea and a positive stool assay, after exclusion of other causes of diarrhea. CDI was defined as healthcare-associated (HA) if symptoms occurred >48 hours after admission to or < =4 weeks of hospital discharge; community-acquired (CA) if there was no discharge from a hospital in the past 12 weeks; rest were indeterminate. CDI was considered severe if WBC ≥15000/µL or creatinine ≥1.5mg/dL, fulminant if there was ileus, megacolon, ICU admission, colectomy, hypotension or sepsis. Recurrence was defined with recurrent diarrhea within 8 weeks of the last episode, with positive stool assay and interim symptom resolution. Chi-square/Fischer’s exact tests were used for comparison of baseline characteristics and outcomes. p< 0.05 was considered statistically significant.

Discussion: Community-acquired infection accounts for a majority of CDI in the pediatric age group, and is associated with better outcomes compared to healthcare-associated CDI. 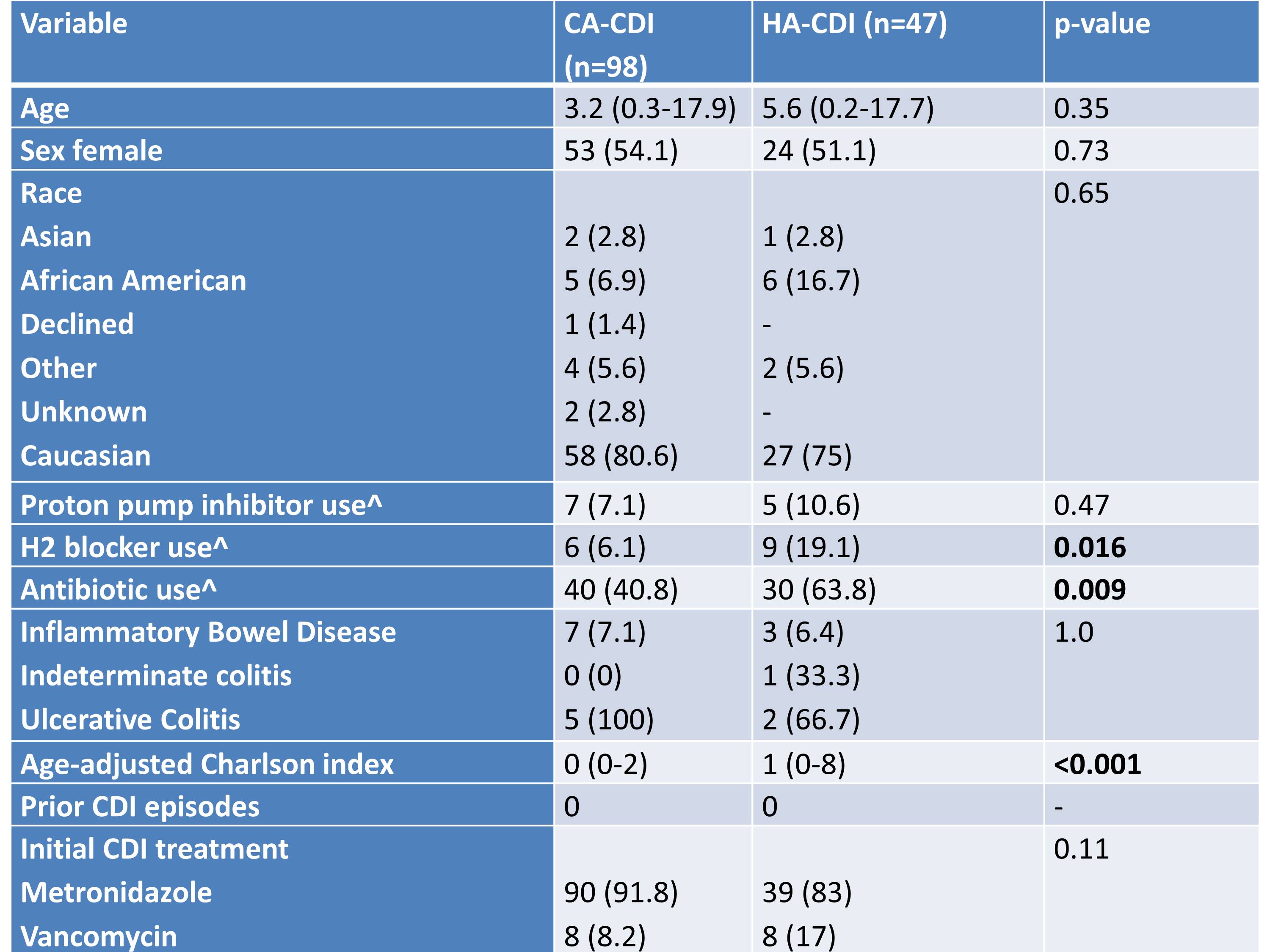 Table 1: Baseline characteristics by mode of acquisition of CDI*
*data presented as n (%) for categorical and median (min-max) for continuous variables)
^risk factor exposure within 90 days prior to CDI is reported 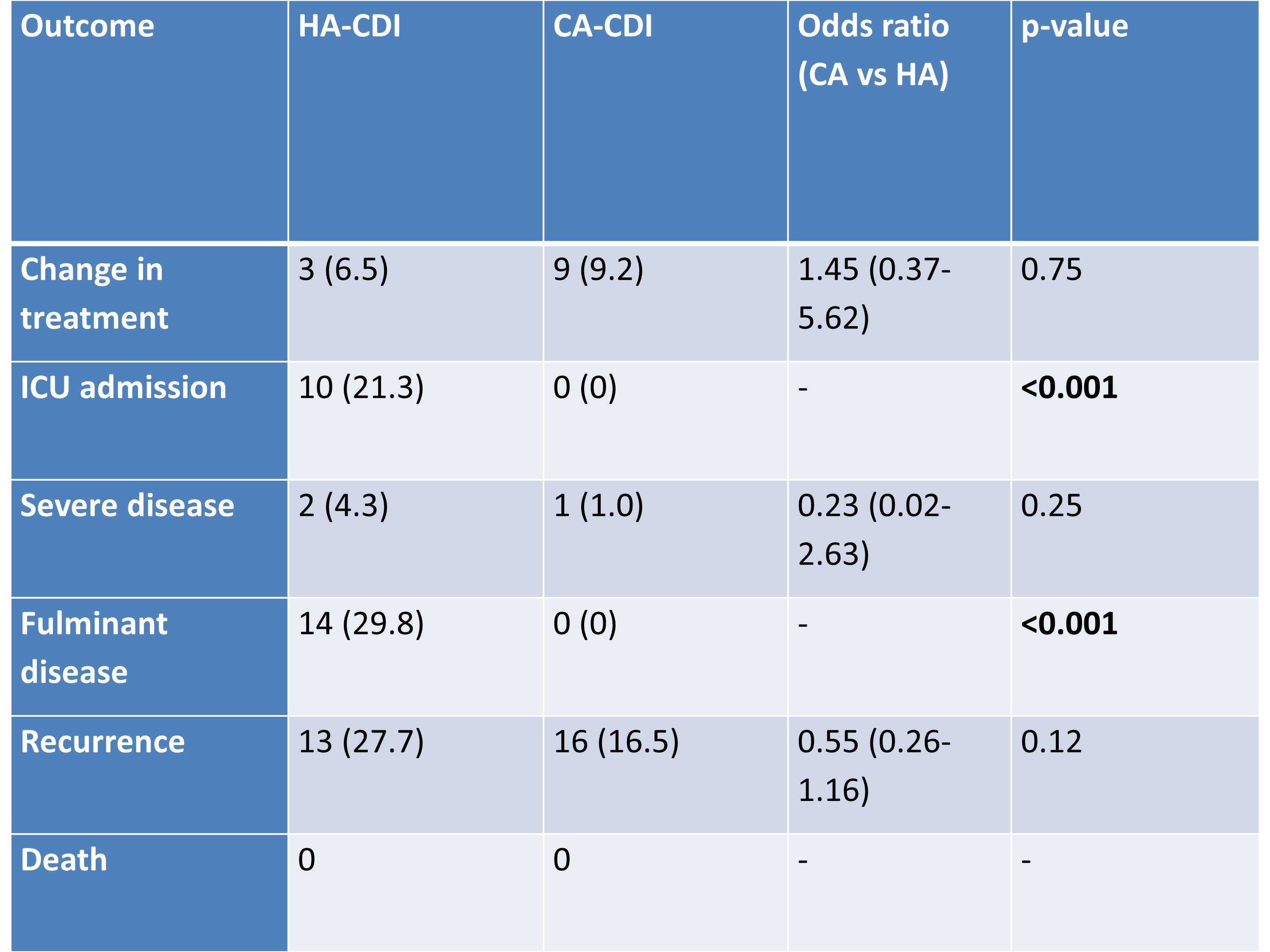 Table 2: Outcome of CDI by mode of acquisition