P1207 (S0561). - Factors Associated With Maintenance of Insufflation During Colonoscopy 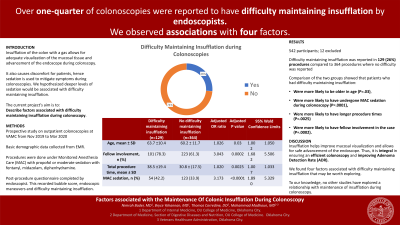 Introduction: Colonoscopy is performed for several indications including colorectal cancer (CRC) screening, adenoma surveillance, and investigation of gastrointestinal symptoms. Insufflation of the colon with gas allows for adequate visualization of the mucosal tissue and advancement of the endoscope. However, it can cause pain and discomfort. Thus, the majority of colonoscopies are performed with sedation to mitigate discomfort. We aimed to study the association between difficulty maintaining insufflation and the type of sedation used during colonoscopy.

Methods: We performed a prospective study of patients who had outpatient colonoscopies at the Veteran Affairs Medical Center in Oklahoma City between November 2019 and March 2020. Colonoscopies were performed by gastroenterology fellows and attending gastroenterologists. Procedures were done under Monitored Anesthesia Care (MAC) with propofol or moderate sedation with fentanyl, midazolam, and diphenhydramine. Insufflation was done with carbon dioxide.

Baseline demographic data were obtained from the electronic medical record (EMR) along with colonoscopy details including type and doses of sedatives; the number of polyps, size of polyps, their specific location in the colon; and total procedure times. A post-procedure questionnaire was completed by the endoscopists asking if they had difficulty maintaining insufflation. 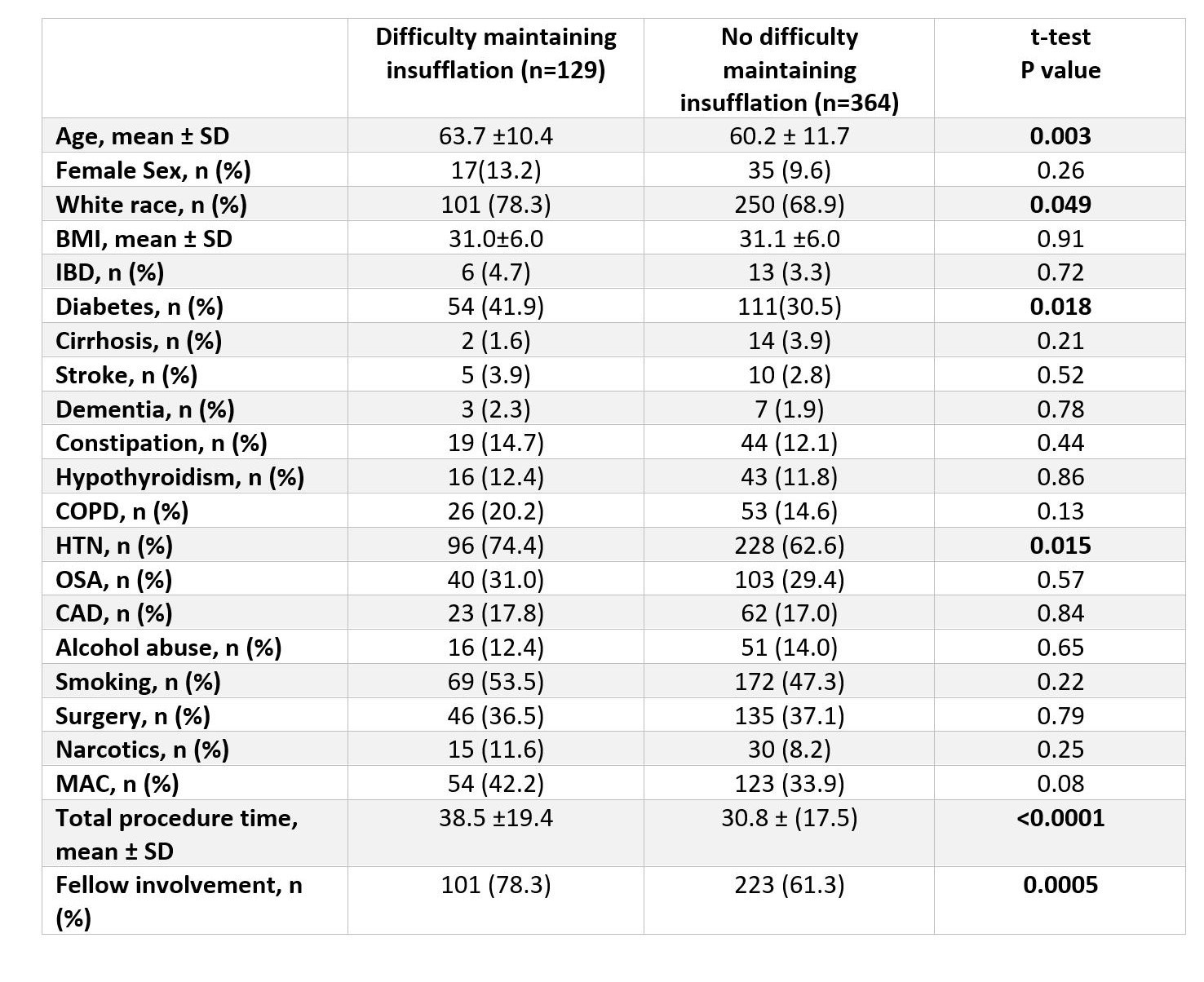