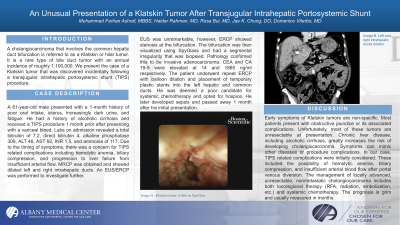 Introduction: A cholangiocarcinoma that involves the common hepatic duct bifurcation is referred to as a Klatskin or hilar tumor. It is a rare type of bile duct tumor with an annual incidence of roughly 1:100,000. We present the case of a Klatskin tumor that was discovered incidentally following a transjugular intrahepatic portosystemic shunt (TIPS) procedure.

Methods: A 61-year-old male presented with a 1-month history of poor oral intake, icterus, increasingly dark urine, and fatigue. He had a history of alcoholic cirrhosis and received a TIPS procedure 1 month prior after presenting with a variceal bleed. Labs on admission revealed a total bilirubin of 7.2, direct bilirubin 4, alkaline phosphatase 309, ALT 46, AST 92, INR 1.5, and ammonia of 117. Due to the timing of symptoms, there was a concern for TIPS related complications including hemolytic anemia, biliary compression, and progression to liver failure from insufficient arterial flow. MRCP was obtained and showed dilated left and right intrahepatic ducts. An EUS/ERCP was performed to investigate further. EUS was unremarkable, however, ERCP showed stenosis at the bifurcation. The bifurcation was then visualized using SpyGlass and had a segmental irregularity that was biopsied. Pathology confirmed this to be invasive adenocarcinoma. CEA and CA 19-9 were elevated at 14 and 1865 ng/ml respectively. The patient underwent repeat ERCP with balloon dilation and placement of temporary plastic stents into the left hepatic and common ducts. He was deemed a poor candidate for systemic chemotherapy and opted for hospice. He later developed sepsis and passed away 1 month after his initial presentation.

Discussion: Early symptoms of Klatskin tumors are non-specific. Most patients present with obstructive jaundice or its associated complications. Unfortunately, most of these tumors are unresectable at presentation. Chronic liver disease, including alcoholic cirrhosis, greatly increases the risk of developing cholangiocarcinoma. Symptoms can mimic other diseases or procedure complications. In our case, TIPS related complications were initially considered. These included the possibility of hemolytic anemia, biliary compression, and insufficient arterial blood flow after portal venous diversion. The management of locally advanced, unresectable, nonmetastatic cholangiocarcinoma includes both locoregional therapy (RFA, radiation, embolization, etc.) and systemic chemotherapy. The prognosis is grim and usually measured in months. 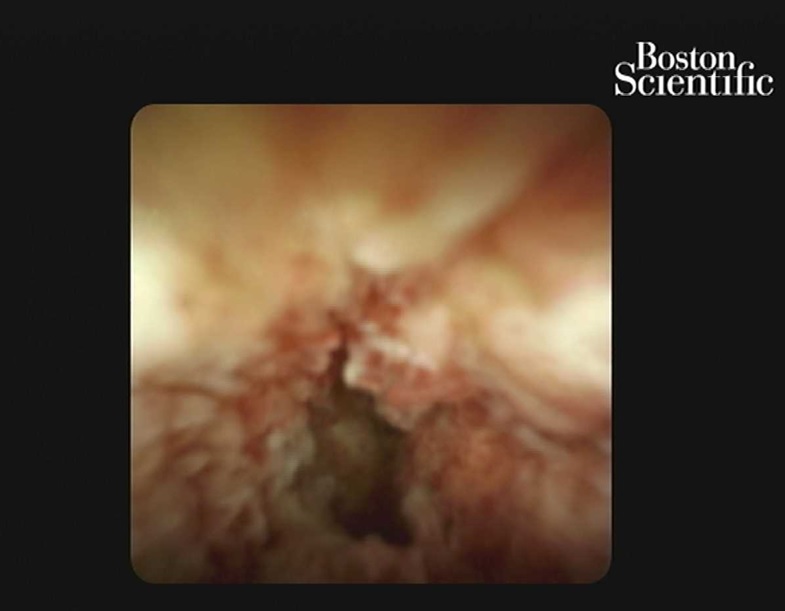 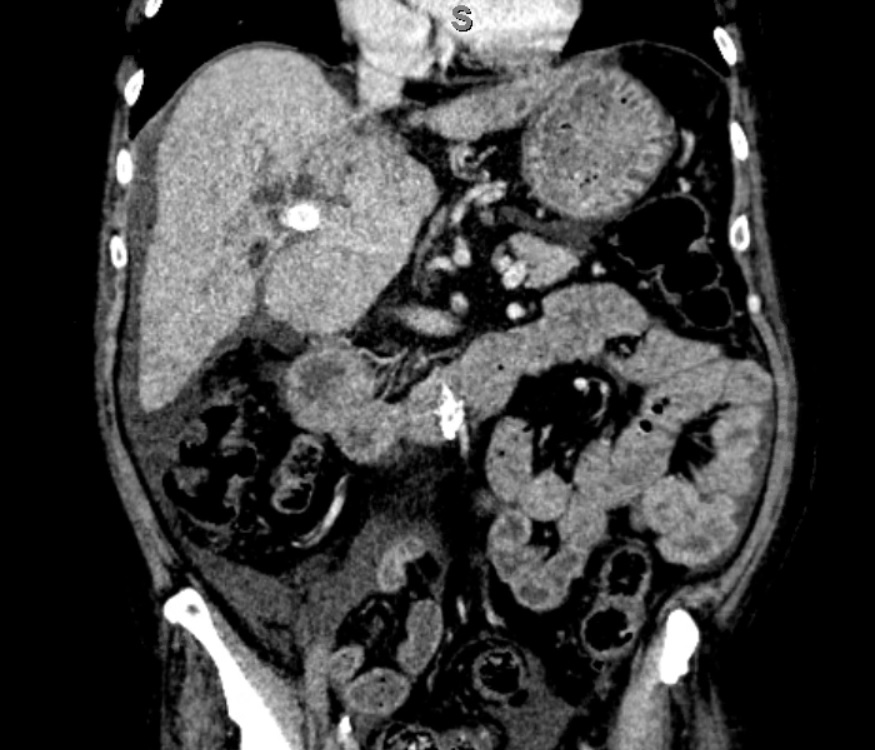