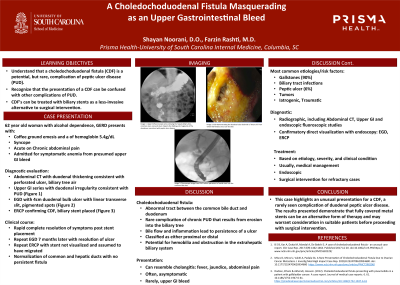 Introduction: We present a case of a choledochoduodenal fistula (CDF), a rare complication of duodenal peptic ulcer disease (PUD) that was successfully treated using a full-covered metal biliary stent.

Methods: A 62-year-old woman presented with syncope, coffee ground emesis, and chronic abdominal pain. Her hemoglobin was found to be 5.4 g/dL. Subsequently, the patient was admitted for an upper GI bleed and symptomatic anemia. Upper endoscopy demonstrated a 4cm duodenal bulb ulcer. The ulcer was noted to have a “linear transverse slit at the base” and pigmented spots. An abdominal CT showed thickening of the duodenum, consistent with an ulcer that had a contained perforation. The CT scan also noted air within the biliary system and a possible fistula to the common bile duct. An ERCP confirmed a CDF extending into the duodenal bulb ulcer. A fully-covered metal biliary stent was placed to seal off the fistula with plans for follow up. Upon follow up in the office, she reported a quick recovery with complete resolution of her symptoms shortly after her ERCP was completed. Seven months later, the patient returned for an EGD and ERCP without evidence of a persistent ulcer. The metal stent was not visualized on repeat ERCP with assumption that stent had spontaneously migrated. The common and intrahepatic bile ducts appeared normal with no evidence of a persistent fistula.

Discussion: Most patients diagnosed with CDF are found to have long-standing biliary tract disease. Common etiologies of CDF include cholelithiasis, duodenal ulcers, or tumors. Although radiographic pneumobilia is suggestive of CDF, direct visualization by endoscopy is confirmatory. CDFs often require surgical intervention for refractory cases. Our case was a rare complication of a duodenal ulcer presenting as an upper GI bleed. CDF was definitively confirmed on endoscopy. While most cases of refractory CDF involve surgical intervention, our choice of treatment for this patient’s CDF was a less-invasive approach: endoscopic placement of a fully covered, self expanding metal biliary stent. Repeat EGD and ERCP found complete resolution of the non-healing ulcer and fistulous tract. Upon follow-up, there was complete resolution of her symptoms. The results of this case demonstrate that fully covered metal stents may be an alternative form of therapy and may warrant consideration in suitable patients before proceeding with surgical intervention.

Image from an EGD demonstrating the duodenal ulcer bed with a "linear slit" from where the fistulous tract can be seen. 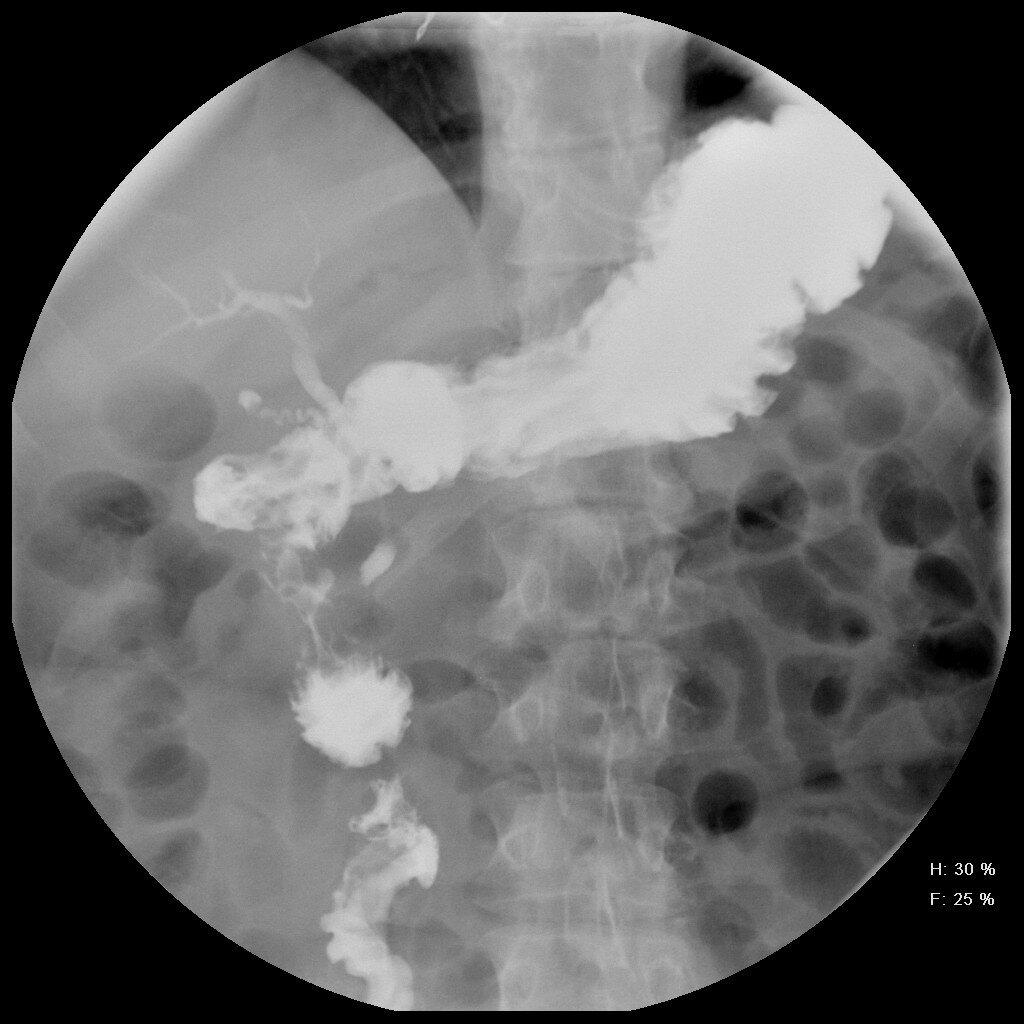 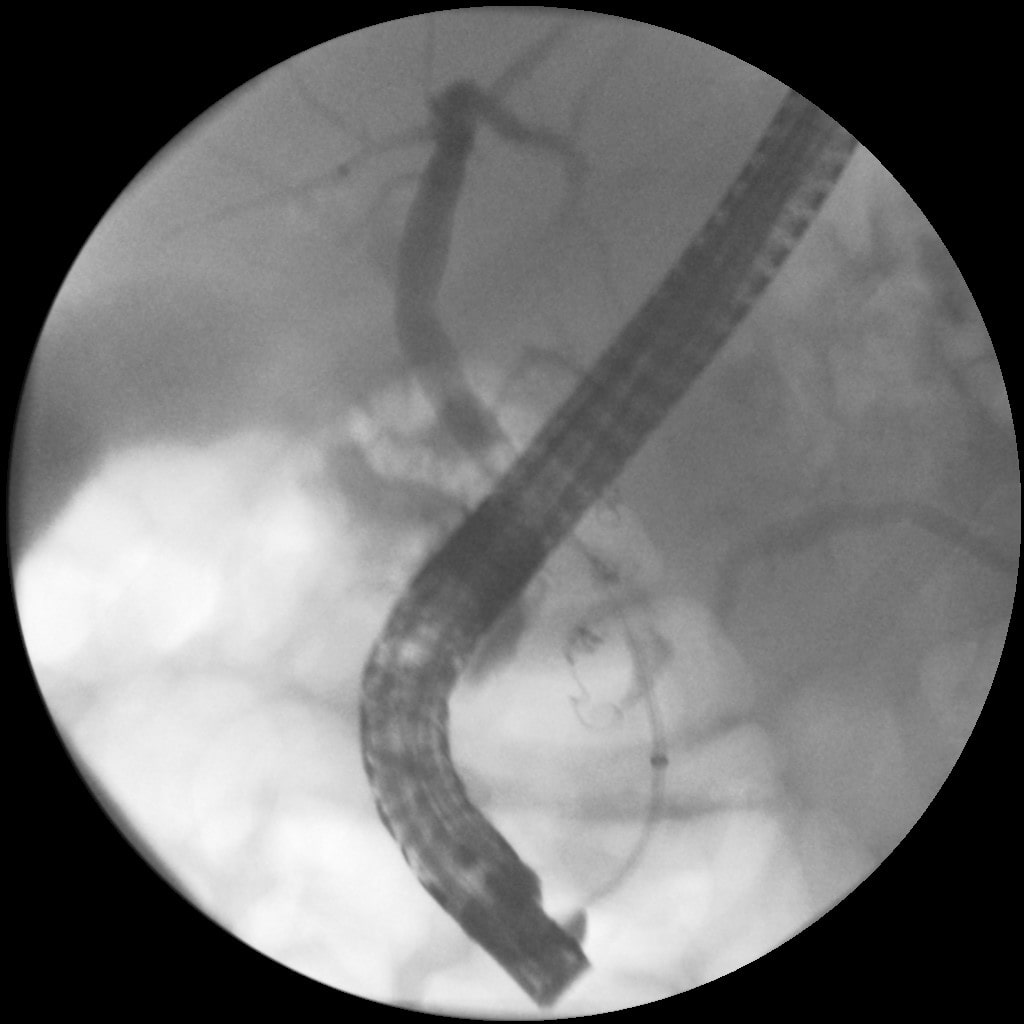 Fluoroscopic image from ERCP before placement of metal stent into the common bile duct.