Introduction: Hepatoid Adenocarcinoma (HAC) is a rare tumor, first described in 1987 and was given its nomenclature due to its similarity with Hepatocellular carcinoma (HCC). HAC is part of the diagnostic differentials for mass in the biliary tree that also include HCC, Cholangiocarcinoma and metastatic HCC.

Methods: 61 years old man with cirrhosis presented with obstructive jaundice. CT abdomen revealed intrahepatic biliary dilatation. Biopsy revealed hepatoid carcinoma. He received Y90 treatment and was started on sorafenib after tumor was deemed unresectable Repeated imaging revealed progressive disease. He was switched to regorafenib and underwent TACE. His disease progressed.
54 years old Jamaican woman with cholelithiasis who had a cholecystectomy. Biopsy revealed gallbladder adenocarcinoma. Post-surgical imaging revealed an enlarged portacaval lymph node. She underwent right hepatectomy, and Roux-en-Y hepaticojejunostomy. Operative pathology revealed adenocarcinoma with hepatoid features. She was started on cisplatin and gemcitabine. Repeated imaging revealed disease progression, she was then switched to folinic acid, fluorouracil, and oxaliplatin but her disease further progressed.
52 years old man presented with painless jaundice. MRCP revealed obstruction beyond the biliary confluence and stent was placed by ERCP at common duct to relieve obstruction from the mass. CT of the abdomen revealed a lobulated mass behind the common bile duct. He underwent laparoscopy and Roux-en-Y hepaticojejunostomy. Operative biopsy revealed hepatoid tumor. Patient was treated with capecitabine and gemcitabine.

Discussion: HAC is an uncommon disease and as seen in our case series and per literature we do not have established standard treatment for these patients. Due to our limited knowledge and experience with the disease; our therapeutic options are limited. Due to the rapidly progressive nature of the disease and variable presentation; it is important to diagnosis it early with liver biopsy It seems that with the aggressive nature of the disease, the optimal treatment course would include surgical resection of the tumor followed by postoperative chemotherapy and close follow up for recurrence. When patients are not surgical candidates or disease is nonresectable; tyrosinase kinase inhibitors can play a role in treatment. It is important to increase the awareness of HAC which can lead to early diagnosis and early intervention for those affected with HAC. 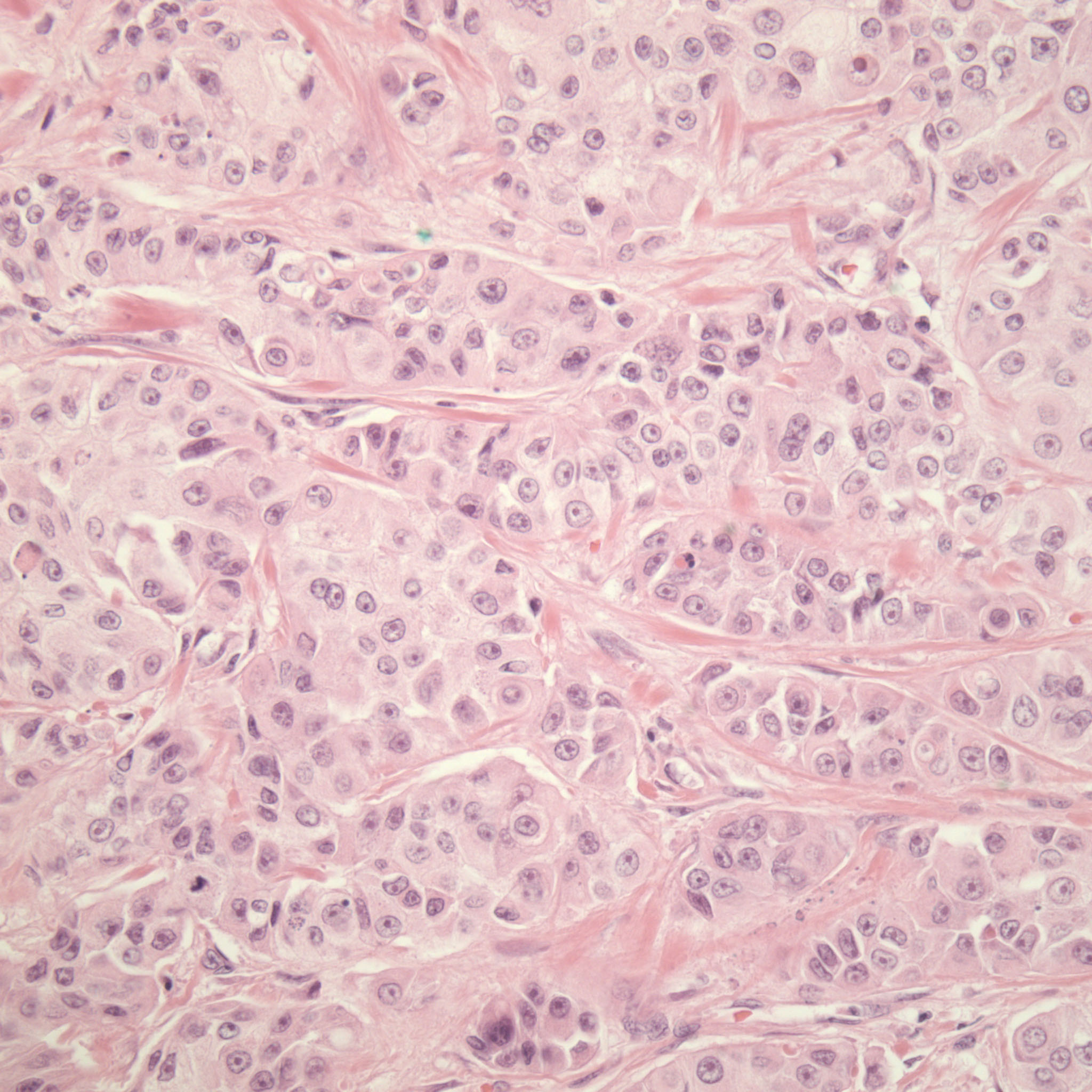 40x view of the tumor present in a section of bile duct, showing a hepatoid morphology. 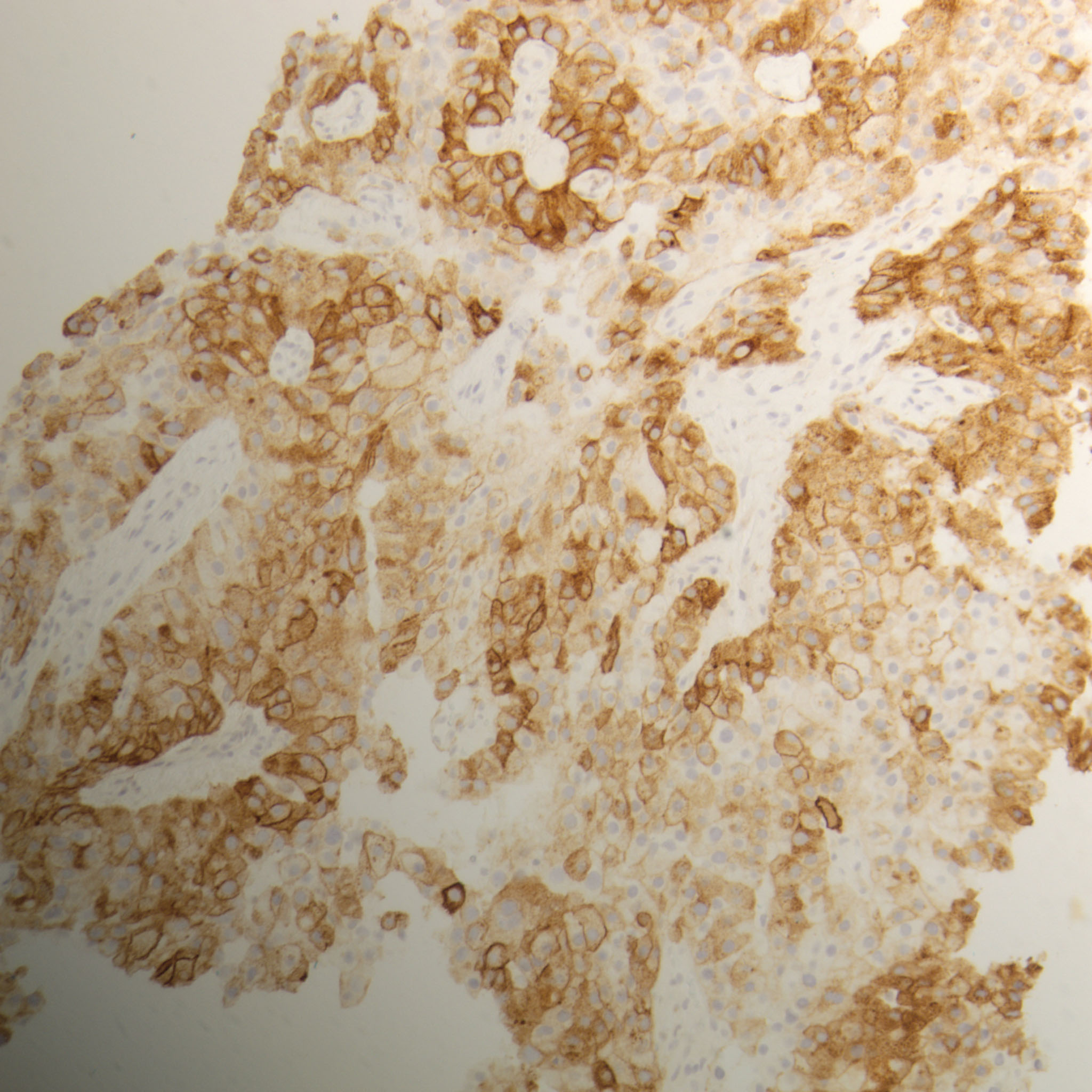 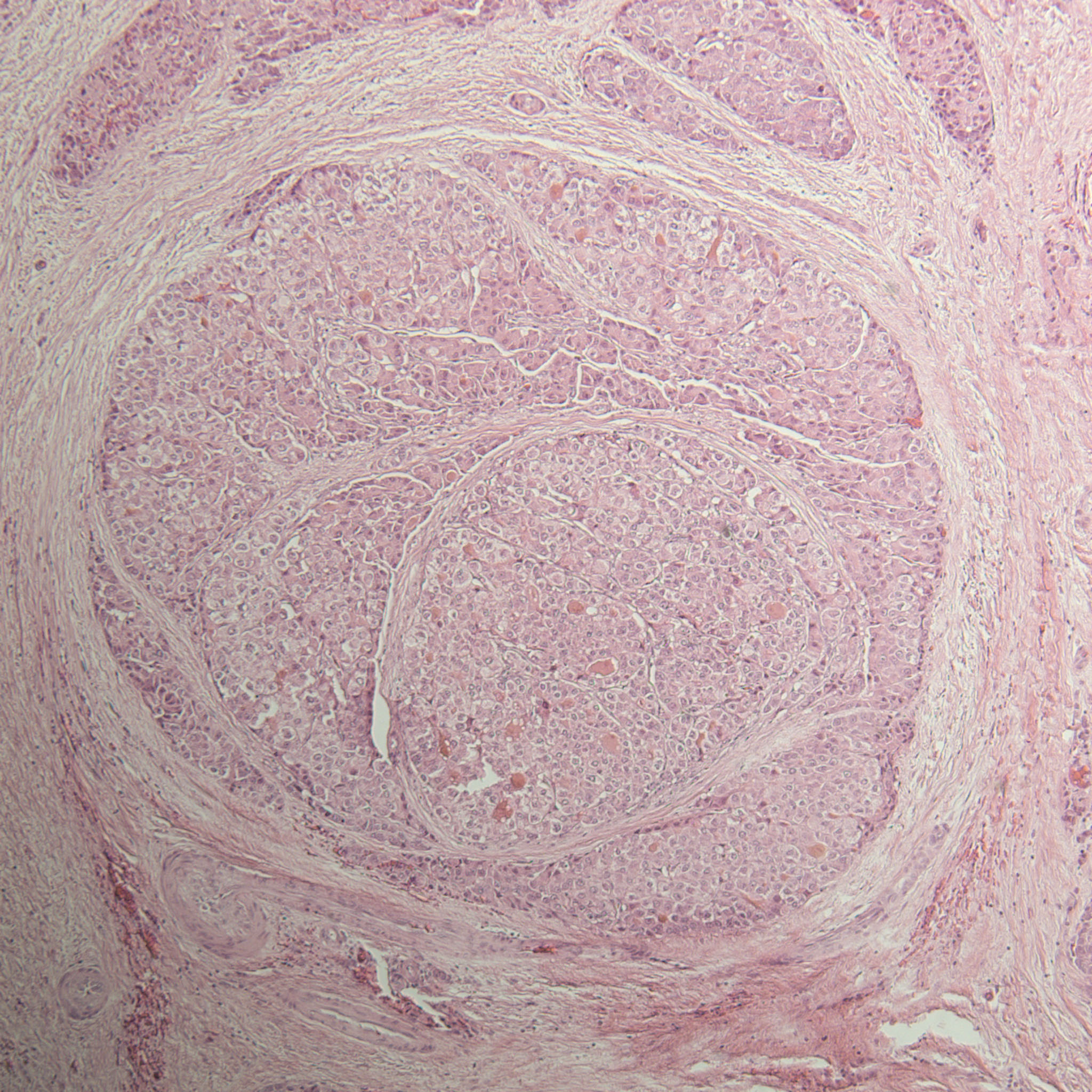