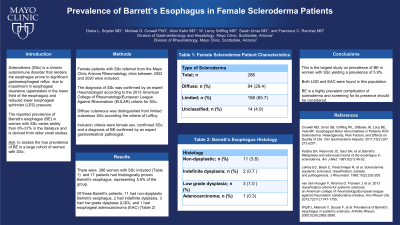 Introduction: Scleroderma renders the esophagus prone to significant gastroesophageal reflux due to impairment in esophageal clearance (aperistalsis in the lower third of the esophagus) and reduced lower esophageal sphincter (LES) pressure. Scleroderma mainly affects women, whereas Barrett’s esophagus (BE) predominantly affects men. The reported prevalence of BE in women with scleroderma varies widely from 6% to 37%, and is mainly derived from older small studies. We aimed to assess the true prevalence of BE in a large cohort of women with scleroderma.

Methods: Clinical data were collected from two prospectively maintained databases at a single academic tertiary referral center. One database consisted of scleroderma patients referred for high-resolution esophageal manometry (HREM). The other database consists of all patients with BE and associated clinical and endoscopic data. The diagnosis of scleroderma was confirmed by a rheumatologist with expertise in scleroderma according to the 2013 American College of Rheumatology (ACR)/European League Against Rheumatism (EULAR) criteria for systemic sclerosis/scleroderma. Inclusion criteria included female sex, confirmed scleroderma, and a diagnosis of Barrett’s esophagus confirmed by an expert gastrointestinal pathologist. Prevalence data were tabulated for each database and in aggregate.

Discussion: In this large cohort of female patients, the prevalence of BE in patients with scleroderma presenting for esophageal evaluation was 5.9% and the prevalence of scleroderma in women with Barrett’s esophagus was 5.4%. Although uncommon, both LGD and EAC were found in this population. BE is a prevalent complication of scleroderma and screening for its presence should be considered. 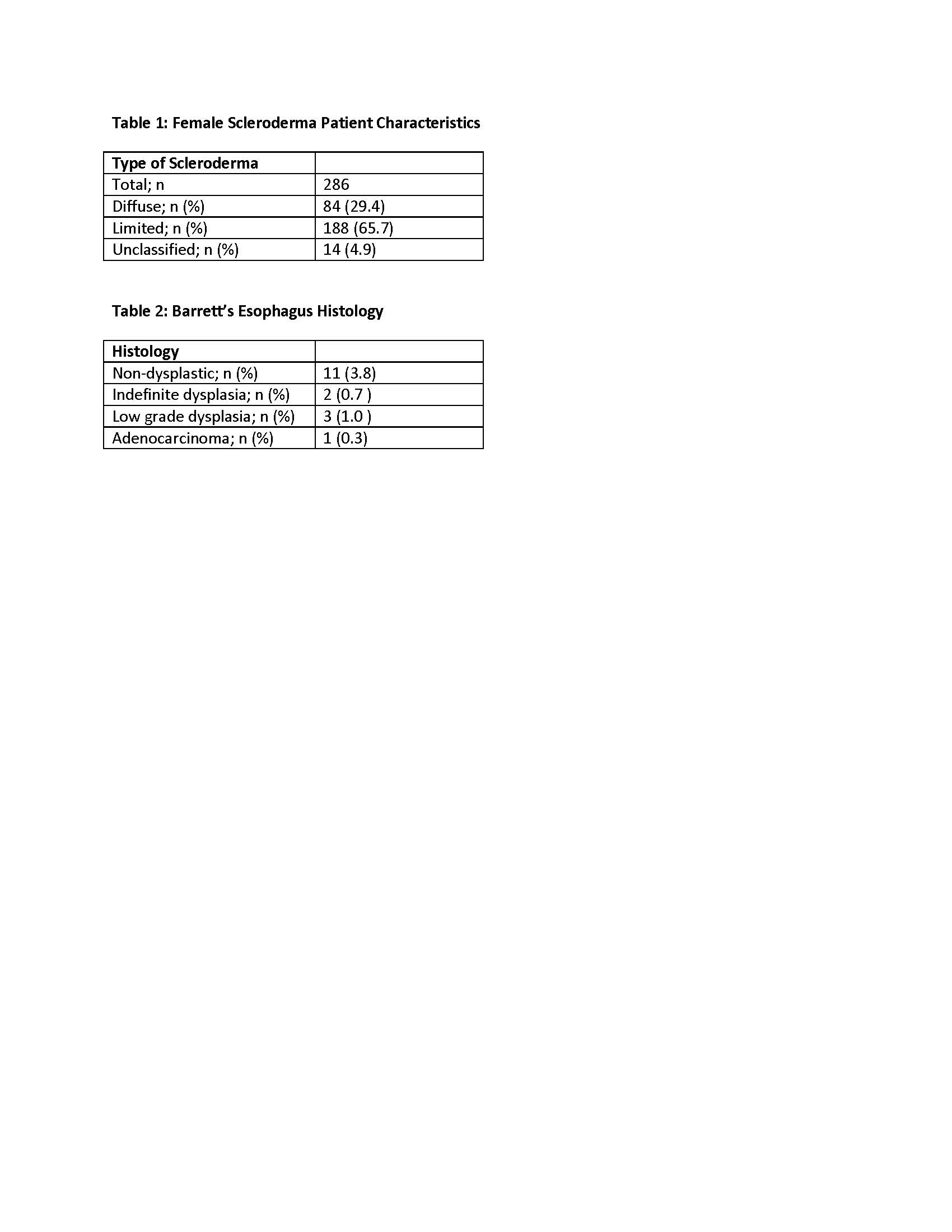