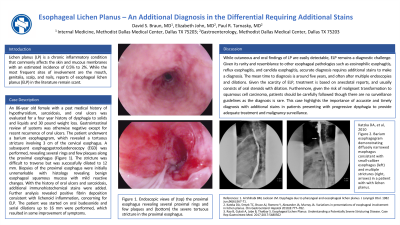 Introduction: Lichen planus (LP) is a chronic inflammatory condition that commonly affects the skin and mucous membranes with an estimated incidence of 0.5% to 2%. While the most frequent sites of involvement are the mouth, genitalia, scalp, and nails, reports of lichen planus with esophageal involvement (ELP) in the literature remain scant.

Methods: An 86-year old female with a past medical history of hypothyroidism, sarcoidosis, and oral ulcers was evaluated for a four year history of dysphagia to solids and liquids and 30 pound weight loss. Gastrointestinal review of systems was otherwise negative except for recent recurrence of oral ulcers. The patient underwent a barium esophagram, which revealed a tortuous stricture involving 3 cm of the cervical esophagus. A subsequent esophagogastroduodenoscopy (EGD) was performed, revealing several rings and few plaques along the proximal esophagus (Figure 1). The stricture (Figure 2) was difficult to traverse but was successfully dilated to 12 mm. Biopsies of the proximal esophagus were initially unremarkable with histology revealing benign esophageal squamous mucosa with mild reactive changes. With the history of oral ulcers and sarcoidosis, additional immunohistochemical stains were added. Further analysis revealed positive fibrin deposition consistent with lichenoid inflammation, concerning for ELP. The patient was started on oral budesonide and serial dilations up to 16 mm were performed, which resulted in some improvement of symptoms.

Discussion: While cutaneous and oral findings of LP are easily detectable, ELP remains a diagnostic challenge. Given its rarity and resemblance to other esophageal pathologies such as eosinophilic esophagitis, reflux esophagitis, and candida esophagitis, accurate diagnosis requires additional stains to make a diagnosis. The mean time to diagnosis is around five years, and often after multiple endoscopies and dilations. Given the scarcity of ELP, treatment is based on anecdotal reports, and usually consists of oral steroids with dilation. Furthermore, given the risk of malignant transformation to squamous cell carcinoma, patients should be carefully followed though there are no surveillance guidelines as the diagnosis is rare. This case highlights the importance of accurate and timely diagnosis with additional stains in patients presenting with progressive dysphagia to provide adequate treatment and malignancy surveillance. 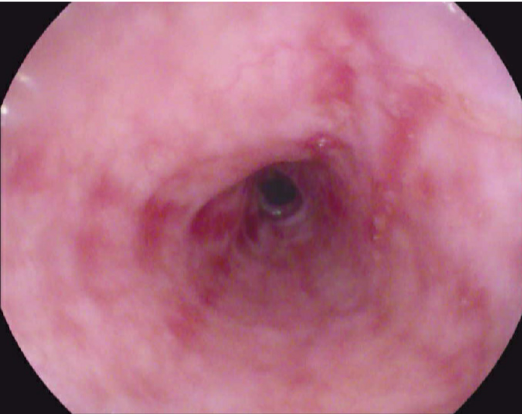 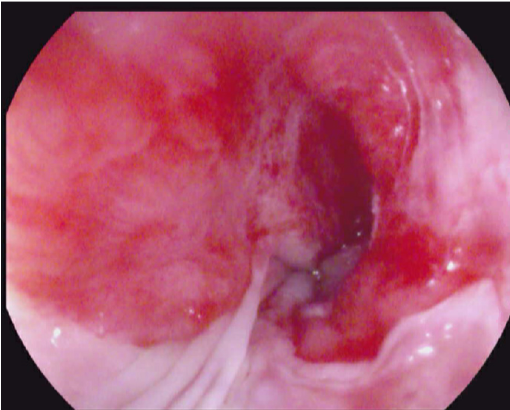 Figure 2. Endoscopic view of the severe tortuous stricture in the proximal esophagus.