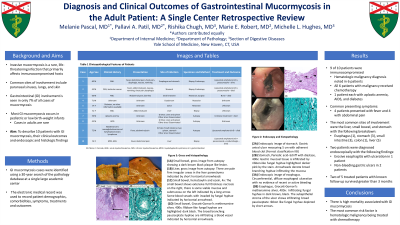 Introduction: Invasive mucormycosis is a rare, life-threatening infection that primarily affects immunocompromised hosts. Common sites of involvement include paranasal sinuses, lungs, and skin. Gastrointestinal (GI) involvement is seen in only 7% of cases. Most GI mucormycosis occurs in pediatric or low birth-weight infants; cases in adults are rare. Here we describe 10 patients with GI mucormycosis, their clinical outcomes and endoscopic and histologic findings.

Results: Ten adult patients with GI mucormycosis were identified (Table 1). Seven were male and six had a hematologic malignancy for which they received chemotherapy. Nine patients were immunocompromised by malignancy (6), diabetes (1), aplastic anemia (1) or HIV (1). Presenting symptoms were fever (4), abdominal pain (4), chest pain (2), dysphagia (2), nausea/vomiting (2), and diarrhea (1). Sites of involvement included the liver (2), esophagus (1), small intestine (2), stomach (1), and colon (1). The methods of diagnosis were endoscopy (2), surgical resection (1), liver biopsy (2) and autopsy (3). Endoscopic findings included erosive esophagitis with ulceration (1) and non-bleeding gastric ulcers (2). Eight patients had necrosis, abscess formation and extensive angio- and tissue invasion on pathology. One patient had small bowel perforation, one required surgical intervention and three required resections. Follow up data was available in 5 patients, 3 of whom died within 3 months of diagnosis and of the surviving 2, one developed esophageal stricture and one had hepatic involvement without long-term sequelae.

Discussion: Hematologic malignancy with chemotherapy use was the most common risk factor associated with GI mucormycosis. We observed a variety of presenting symptoms, of which the most common were fever and abdominal pain. While only 2 patients were diagnosed endoscopically, both had non-bleeding gastric ulcers and one also had esophageal ulceration. Two of 5 treated patients with follow up survived greater than 3 months.

Conclusion: There is high mortality associated with GI mucormycosis and clinically significant long-term sequelae in patients that survive. 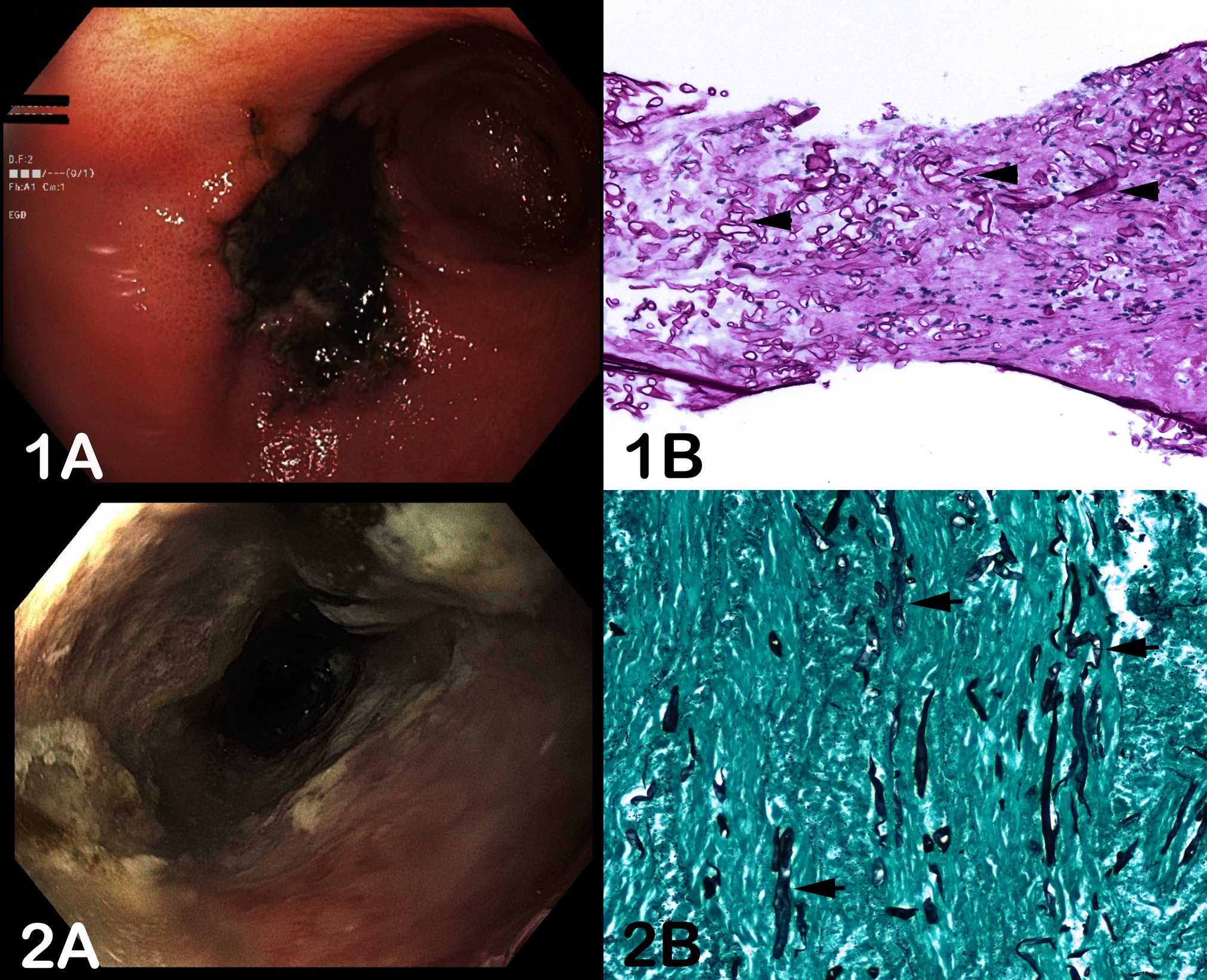 Figure 2A. Endoscopic image of esophagus. Circumferential, diffuse esophageal ulceration with no evidence of recent or active bleeding. 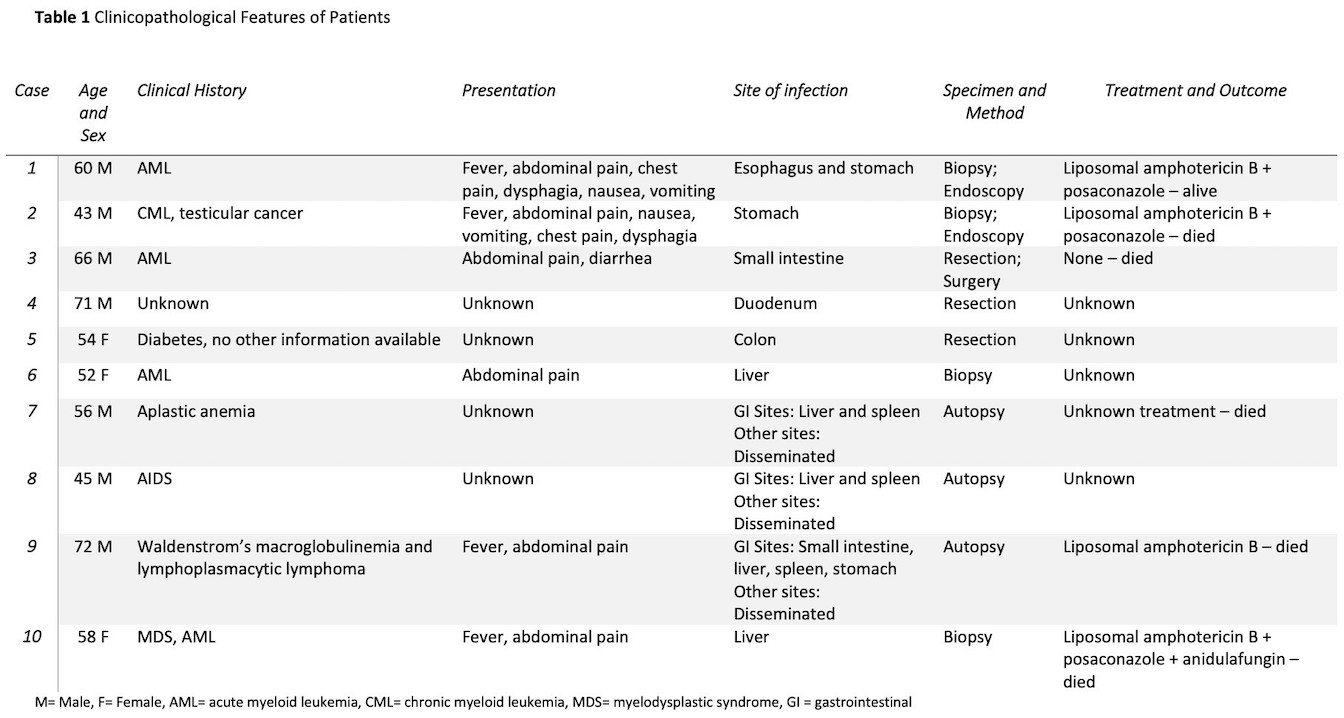