P0353 (S1597). - The Curious Case of a Missing Gallbladder: An Unusual Presentation of a Large Gallstone and Cholecystoduodenal Fistula 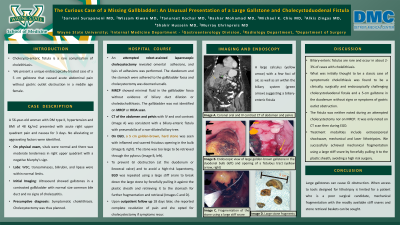 Introduction: Cholecystodudenal fistula is a rare complication of cholelithiasis. We present a unique endoscopically-treated case of a 5 cm gallstone that caused acute abdominal pain without gastric outlet obstruction in a middle-age female.

Methods: A 56-year-old woman with DM type II, hypertension, and BMI of 48 kg/m2 presented with acute right upper quadrant pain for 3 days. It was associated with nausea but no emesis, aggravating or alleviating factors. She had no prior abdominal surgeries. Vitals were normal. There was tenderness in the right upper quadrant but Murphy’s sign was negative.

WBC, ALT, AST, total bilirubin and lipase were within normal limits. An ultrasound showed gallstones in a contracted gallbladder with no signs of cholecystitis. Robotic-assisted laparoscopic cholecystectomy was attempted, however, there was substantial amount of adhesions. Lysis of the adhesions was performed, then the duodenum and the stomach were found adhered to the gallbladder fossa. Thus, cholecystectomy was not deemed safe and the surgery was aborted.

MRCP showed a minimal fluid collection in the gallbladder fossa but no evidence of bile duct stones or dilation. The gallbladder could not be identified. HIDA scan did not show it either. A CT scan of the abdomen revealed a cholecystoduodenal fistula along with air in a non-dilated biliary tree.

EGD revealed a 5 cm golden-brown and hard stone and an inflamed and scarred fistulous opening in the bulb. The stone was too large to be retrieved through the pylorus. To prevent GI obstruction and to avoid a high-risk laparotomy, a large snare with a hard wire was used to break it down by forcefully pulling it against the plastic tip of the snare. The fragments were brought to the stomach for further fragmentation. The fragments were retrieved using stone baskets. Following the procedure, the symptoms improved.

Discussion: What was initially thought to be a classic case of symptomatic cholelithiasis was found to be a clinically, surgically, and endoscopically challenging cholecystoduodenal fistula. The fistula was not seen during an attempted cholecystectomy, nor was it seen on MRCP. Only CT then endoscopy revealed it. Large gallstones causing fistulas are very rare in the young.
Laser, extracorporeal shockwave, and intracorporeal electrohydraulic lithotripsies have been used to treat large gallstones. Due to our limited resources, we performed mechanical fragmentation using the readily available stiff snares and stone baskets; a rarely reported approach. 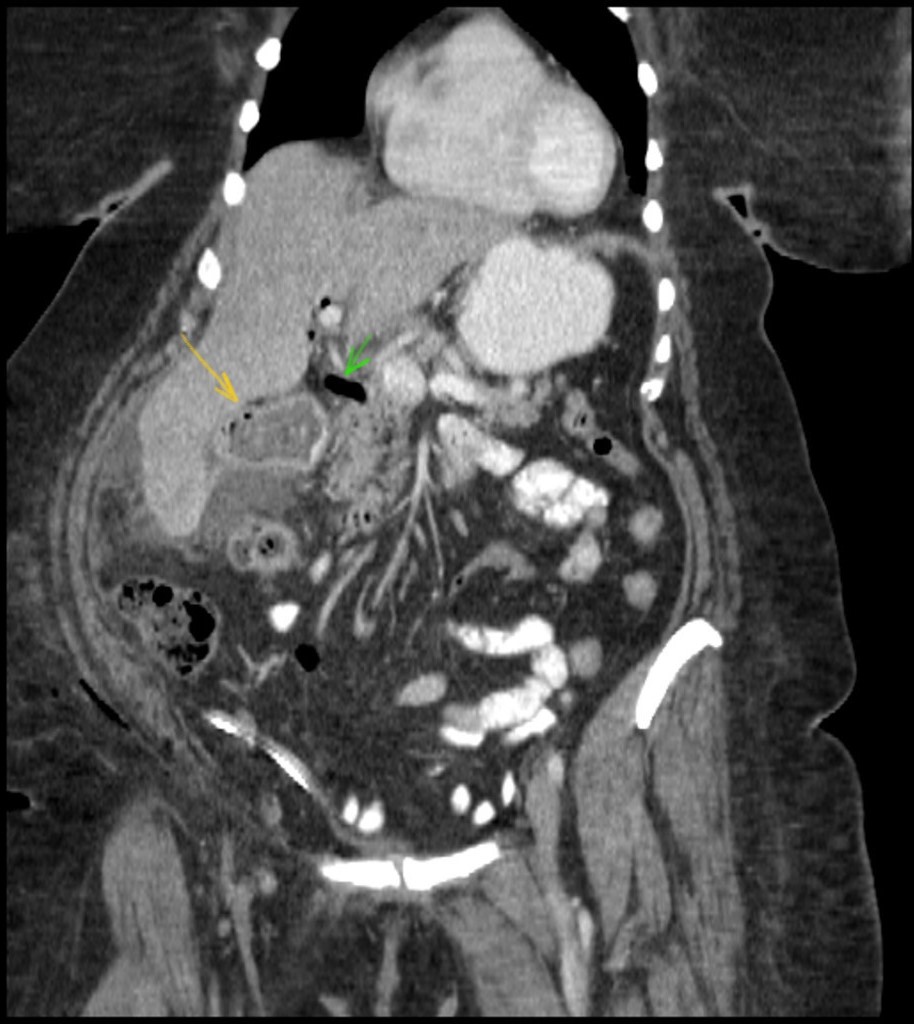 Coronal oral and intravenous enhanced CT image of the abdomen demonstrates a large calculus (yellow arrow) with a few foci of air, as well as air within the biliary system (green arrow) suggesting choleduodenal fistula. A small amount of ascites surrounds the liver. There is also subcutaneous air within the right abdominal wall and adjacent to the gluteal muscles due to recent laparoscopy 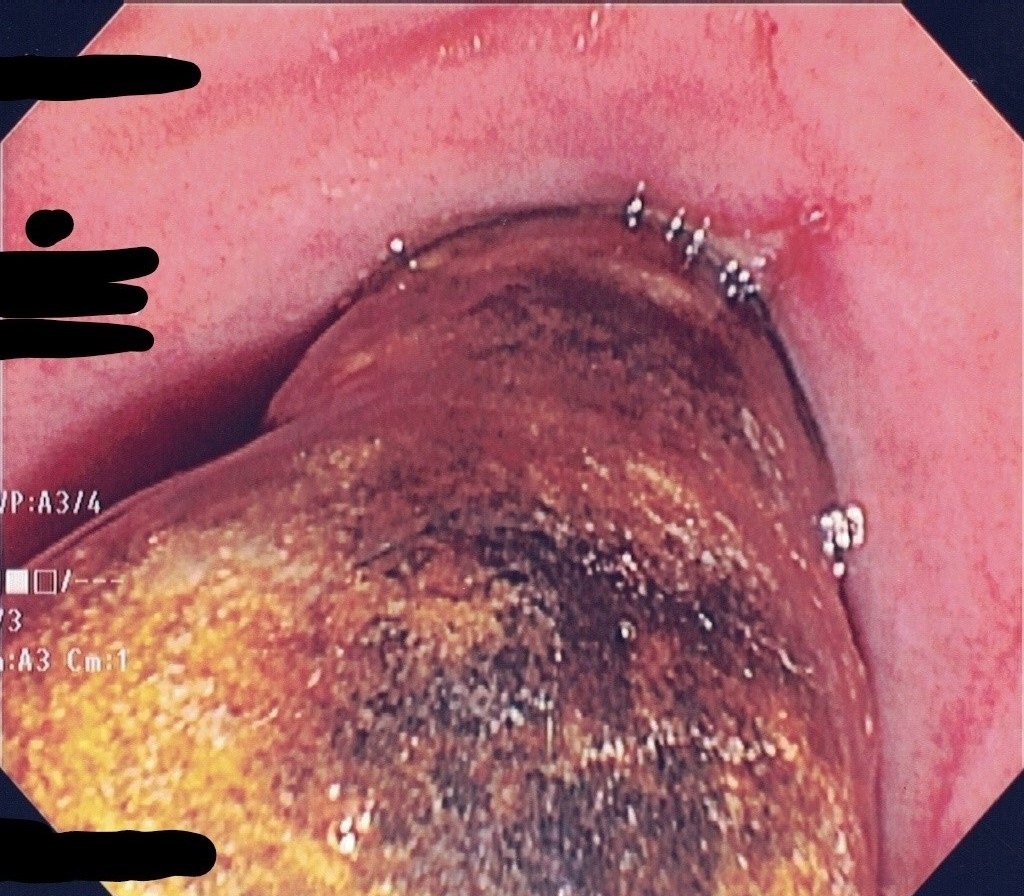 Endoscopic view of a large golden-brown, smooth and hard gallstone in the duodenal bulb. Erosion is seen on the wall of the duodenum