P0781 (S0338). - Is Artificial Intelligence for Colonoscopy Ready for Prime-Time: A Systematic Review and Meta-Analysis of Randomized Controlled Trials 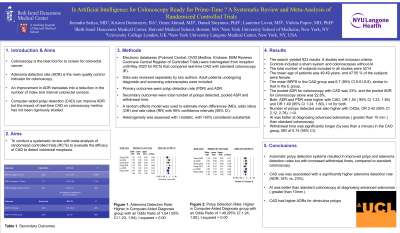 Introduction: Colonoscopy is the best tool for to screen for colorectal cancer. Adenoma detection rate (ADR) is the main quality control indicator for colonoscopy. An improvement in ADR translates into a reduction in the number of index and interval colorectal cancers. Computer-aided polyp detection (CADe) can improve ADR but the impact of real-time CADe on colonoscopy metrics has not been rigorously studied. We aim to conduct a systematic review with meta-analysis of randomized controlled trials (RCTs) to evaluate the efficacy of CADe to detect colorectal neoplasia. 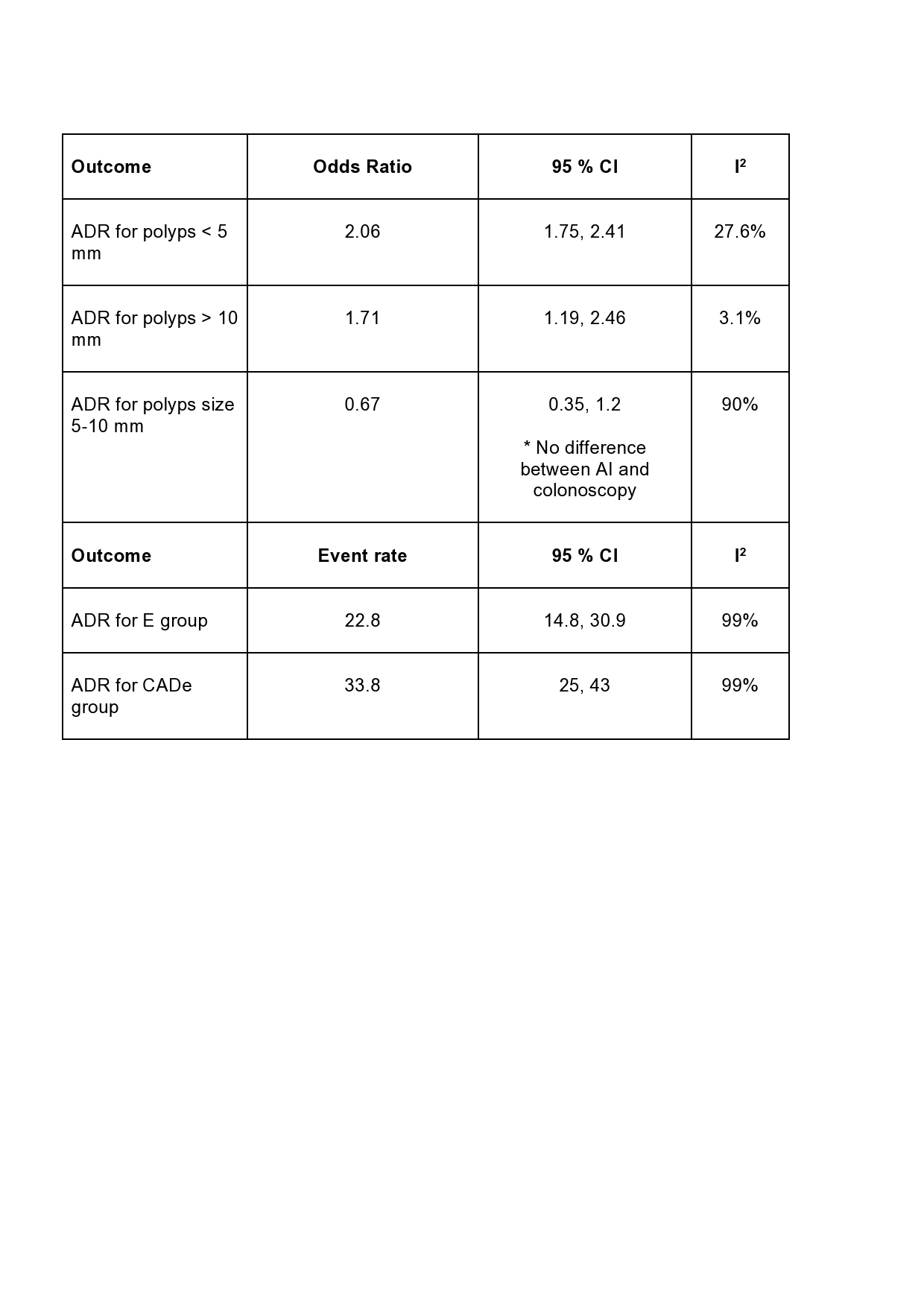 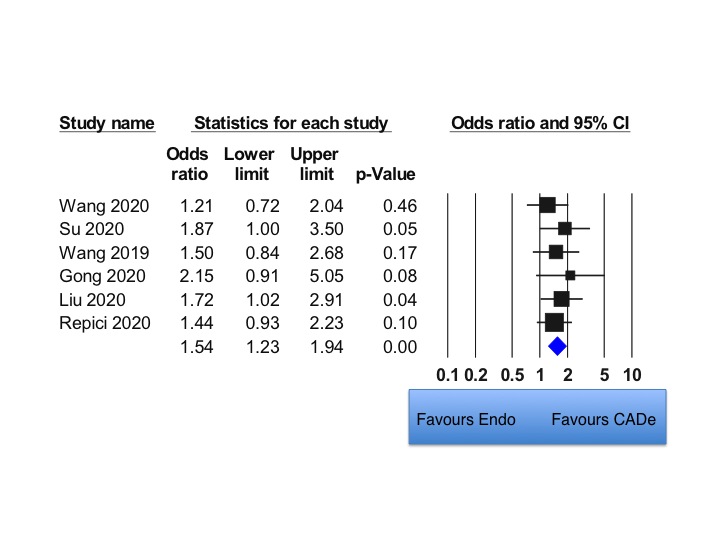 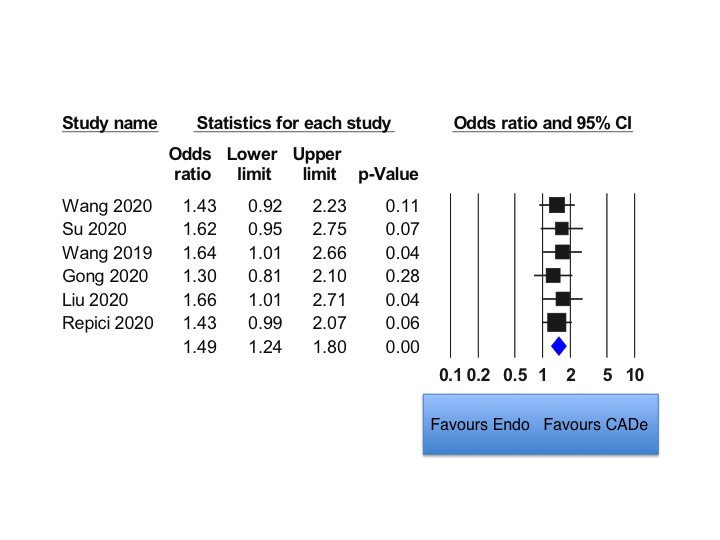