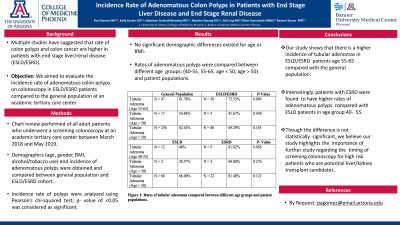 Introduction: Multiple studies have suggested that rate of colon polyps and colon cancer are higher in patients with end stage liver/renal disease (ESLD/ESRD). We aimed to evaluate the incidence rate of adenomatous colon polyps on colonoscopy in ESLD/ESRD patients compared to the general population at an academic tertiary care center.

Methods: Chart review performed of all adult patients who underwent a screening colonoscopy at an academic tertiary care center between March 2018 and May 2019. Demographics (age, gender, BMI, alcohol/tobacco use) and incidence of adenomatous polyps were obtained and compared between general population and ESLD/ESRD cohort. Incidence rate of polyps were analyzed using Pearson’s chi-squared test; p- value of < 0.05 was considered as significant.

Discussion: Our study shows that there is a higher incidence of tubular adenomas in ESLD/ESRD patients age 55-65 compared with the general population. Interestingly, patients with ESRD were found to have higher rates of adenomatous polyps compared with ESLD patients in age group 40-55. Though the difference is not statistically significant, we believe our study highlights the importance of further study regarding the timing of screening colonoscopy for high risk patients who are potential liver/kidney transplant candidates. 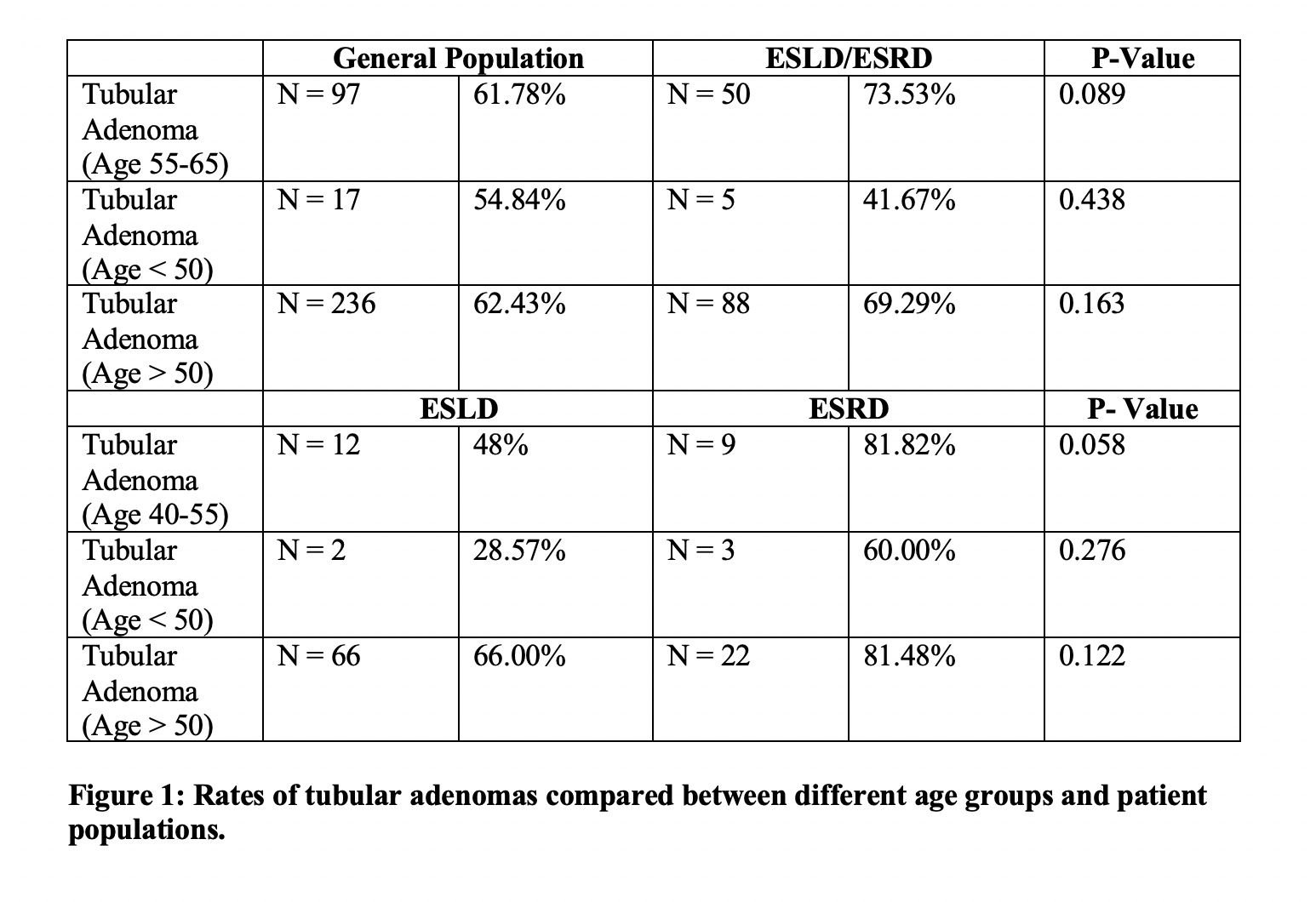