P1142 (S0505). - The Effect of Retreatment and Treatment Cessation in Clinical Studies of Prucalopride in Patients With Chronic Idiopathic Constipation 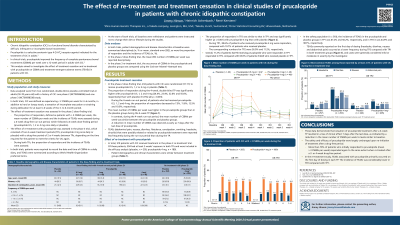 Introduction: Prucalopride is a selective serotonin type 4 (5-HT4) receptor agonist indicated for the treatment of chronic idiopathic constipation (CIC) in adults. To assess how prucalopride can be used in clinical practice, we evaluated the effect of re-treatment and treatment cessation on complete spontaneous bowel movements (CSBMs) and adverse events (AEs) using data from two randomized, double-blind, placebo-controlled trials in adults with CIC.

Methods: The effect of re-treatment was assessed in one trial with two 4-week treatment periods (TPs; prucalopride 4mg once daily or placebo) with a drug-free period of 2 weeks or 4 weeks between TPs. During both TPs, the proportion of responders (patients with a mean of ≥ 3 CSBMs/week) and the incidence of AEs were assessed. In a dose-finding trial, the effect of treatment cessation on these endpoints was assessed during a 4-week drug-free run-out period, which followed a 4-week dose-finding period (prucalopride 0.5, 1, 2 or 4mg once daily or placebo). Both trials enrolled patients with a mean of < 3 CSBMs/week at baseline.

Results: In the re-treatment trial (Table 1; responder analysis: placebo, n = 205; prucalopride, n = 189) the proportion of responders in TP2 was similar to that in TP1 and was significantly higher (p ≤ 0.001) with prucalopride 4mg than with placebo (weeks 1–4: TP1, 38.6% vs 10.7%; TP2, 36.0% vs 11.2%; Fig. 1); 71.2% (52/73) of prucalopride responders in TP1 responded in TP2. The most common AEs (headache, diarrhea, nausea, abdominal pain) occurred at a lower frequency during TP2 than TP1. In the dose-finding trial (N = 234; 43–48 patients per treatment group [Table 1]), the proportion of responders during the 4-week TP was higher with prucalopride 0.5–4mg (23.4–55.6%) than with placebo (13.3%). The mean number of CSBMs/week was higher in the prucalopride groups than in the placebo group during the 4-week TP, but was similar between all groups 4 weeks after stopping treatment (Fig. 2). Gastrointestinal AEs that were possibly or definitely related to prucalopride treatment were less frequent during the run-out phase than during the TP.

Table 1. Baseline demographics and disease characteristics of participants in the re-treatment and dose-finding trials.

Figure 1. Proportion of responders during TP1 and TP2 of the re-treatment trial. 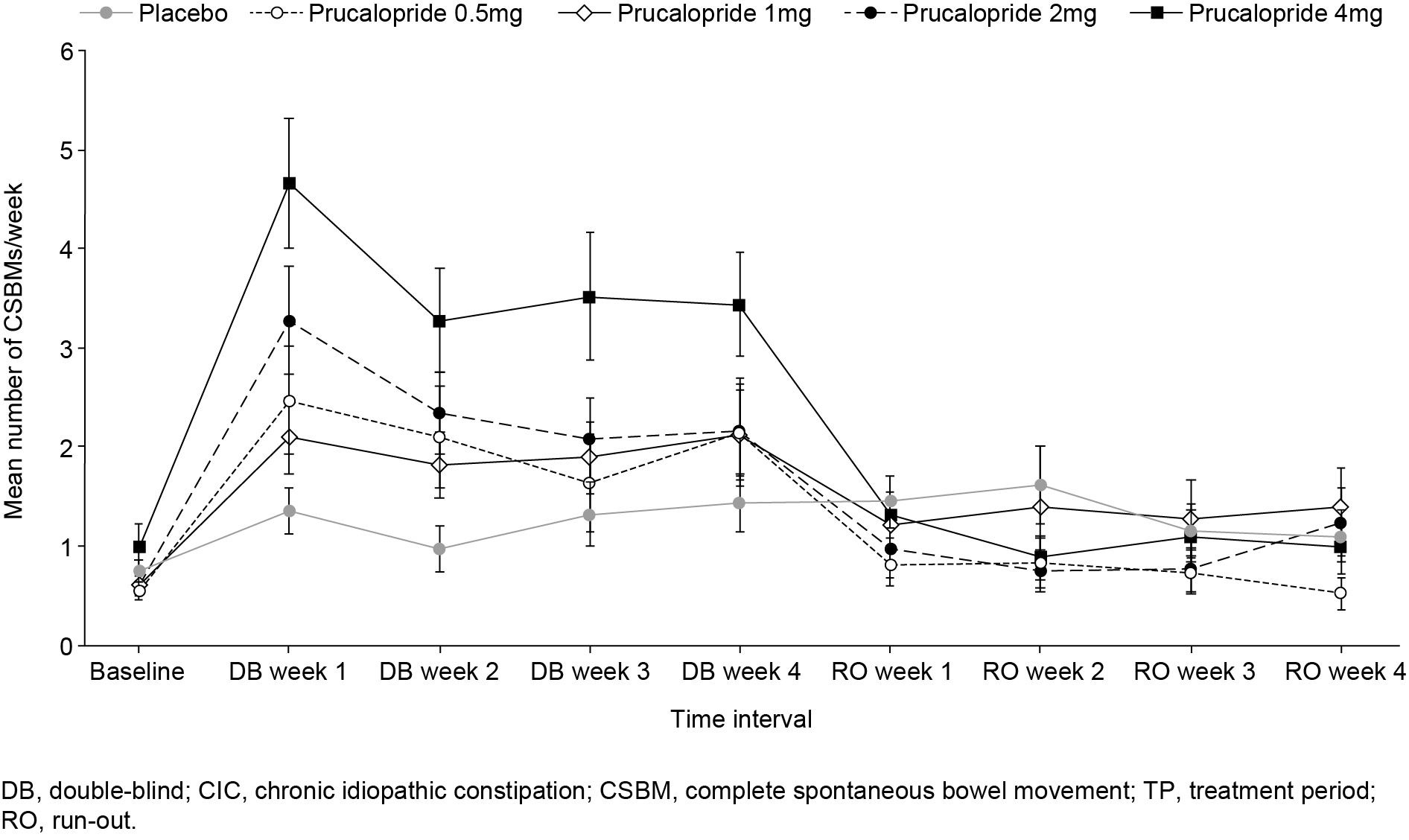 Figure 2. Mean number of CSBMs per week in patients with CIC during the 4-week TP and the 4-week run-out period of the dose-finding trial.