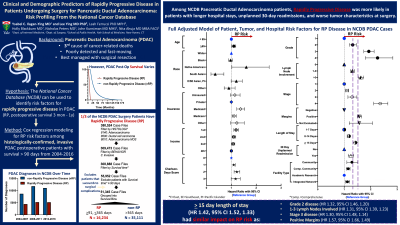 Introduction: Pancreatic cancer is the third most common cause of cancer-related mortality and survival times after surgery vary widely. There are limited studies that have evaluated clinical and demographic predictors of patients who survive less than one year following surgery.

Results: The median age of the NCDB cohort was 66 years, with a median survival time of 0.64 years (IQR: 0.45, 0.81) for the RP group compared to 2.16 years (IQR: 1.48, 3.55) for the nRP group. Notably, 56.6% were > 65 years old, 13.1% were non-white, and 52.5% were on Medicare insurance. Several clinical and demographic characteristics were independent predictors of having RP versus NRP disease (Table 1). Patients with RP disease are more likely to have longer hospital stays, unplanned 30-day readmission, and worse tumor characteristics at time of surgery. Additionally, those lower income, as well as those with Medicaid and Medicare insurance were at higher risk for RP disease. Additionally, patients with a higher comorbidity score, tumor stage and grade, lymph node involvement, and positive tumor margins were at greater risk of RP.

Discussion: Pancreatic adenocarcinoma is highly lethal, and though surgery is reserved for patients without locally advanced disease, survival times after definitive treatment vary widely. More is needed to understand the demographic and clinical difference between RP and nRP disease so that follow-up care can potentially target those with higher risk demographics, more complicated hospital courses, and worse tumor characteristics. 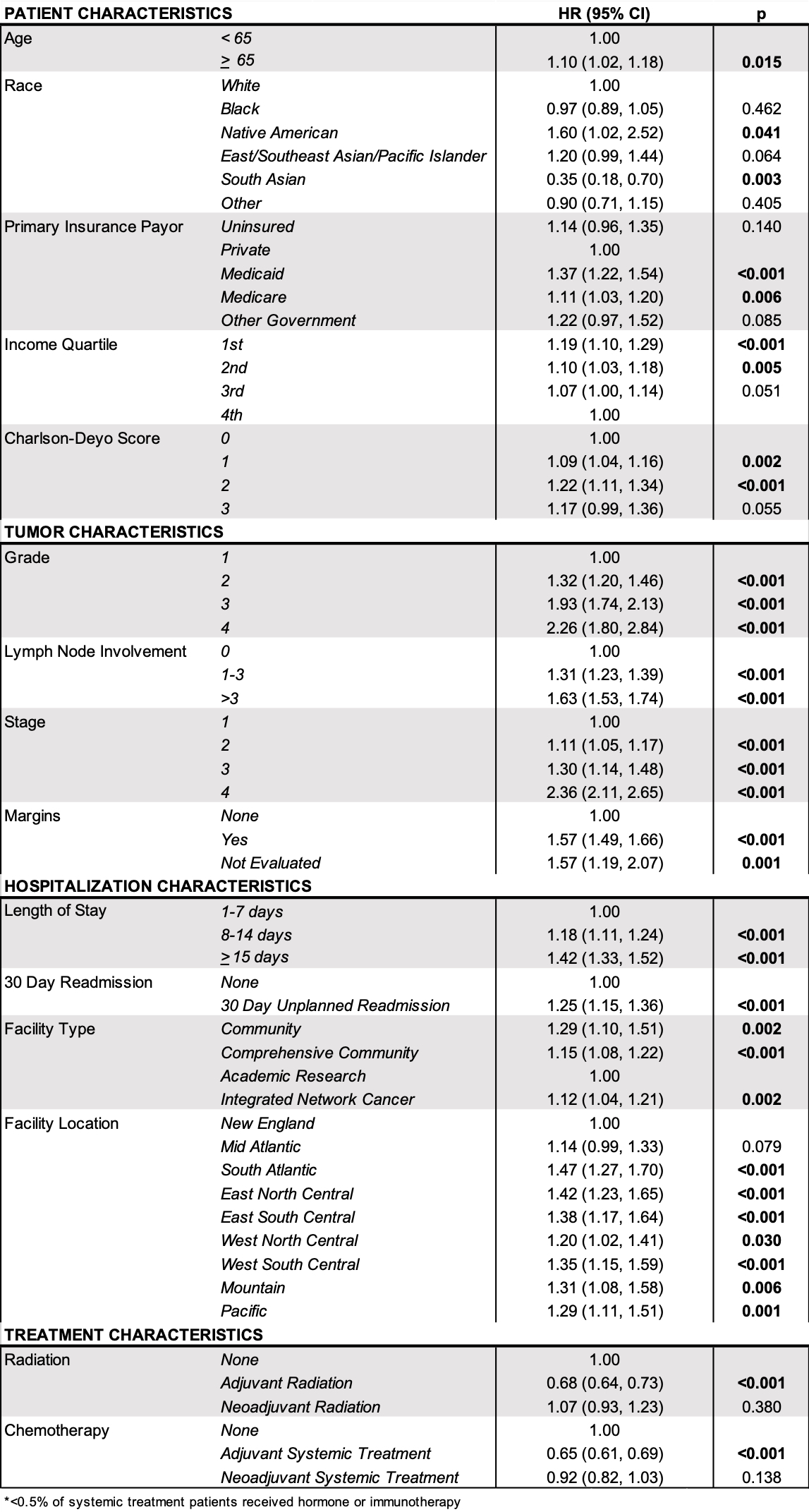