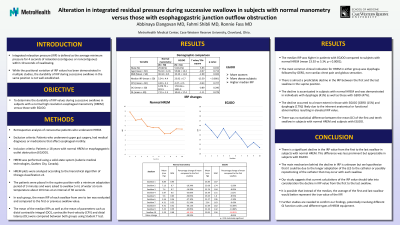 Introduction: IRP is defined as the average minimum pressure for 4 seconds of relaxation (contiguous or noncontiguous) within 10 seconds of swallowing. After placement of the high-resolution esophageal manometry catheter, the first 60 seconds is dedicated to the adaptation period, followed by 3 deep inspirations and at least 30 seconds of baseline period assessment followed by 10 wet swallows. The objective of the study is to determine alterations in IRP values during successive swallows in normal subjects versus those with EGJOO.

Methods: Consecutive subjects, who underwent HREM in the GI function unit were included in this study. Only individuals with normal manometry and those with EGJOO were included. Only normal manometry of patients without any medical diagnosis or medication that can affect esophageal motility was included. Individuals with upper gut surgery were excluded from either group. The manometric measurements were obtained in the supine position. A total of 10 wet swallows of 5-10 ml water were performed after an adaptation period of a minimum of 3 minutes. Mean and median IRP were calculated in both subject groups. Subgroup analyses were also made between individuals presenting with GERD (gastroesophageal reflux disease) and dysphagia in either group.

Discussion: This study demonstrated for the first time a significant decline in mean IRP during successive swallows in subjects with normal esophageal manometry, despite adequate adaptation periods. This decline in IRP was less pronounced in patients with EGJOO. 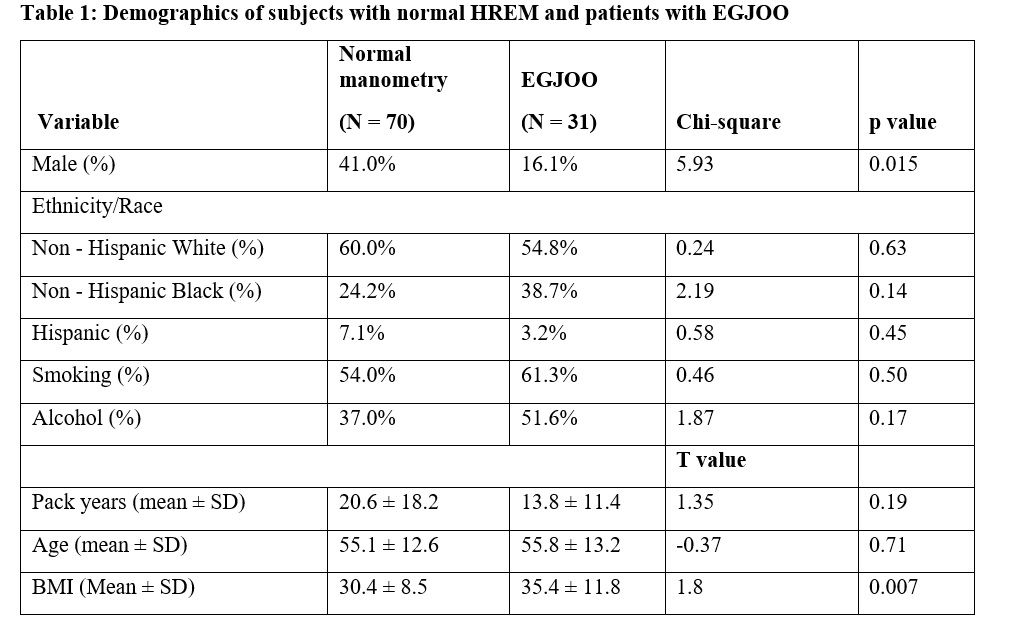 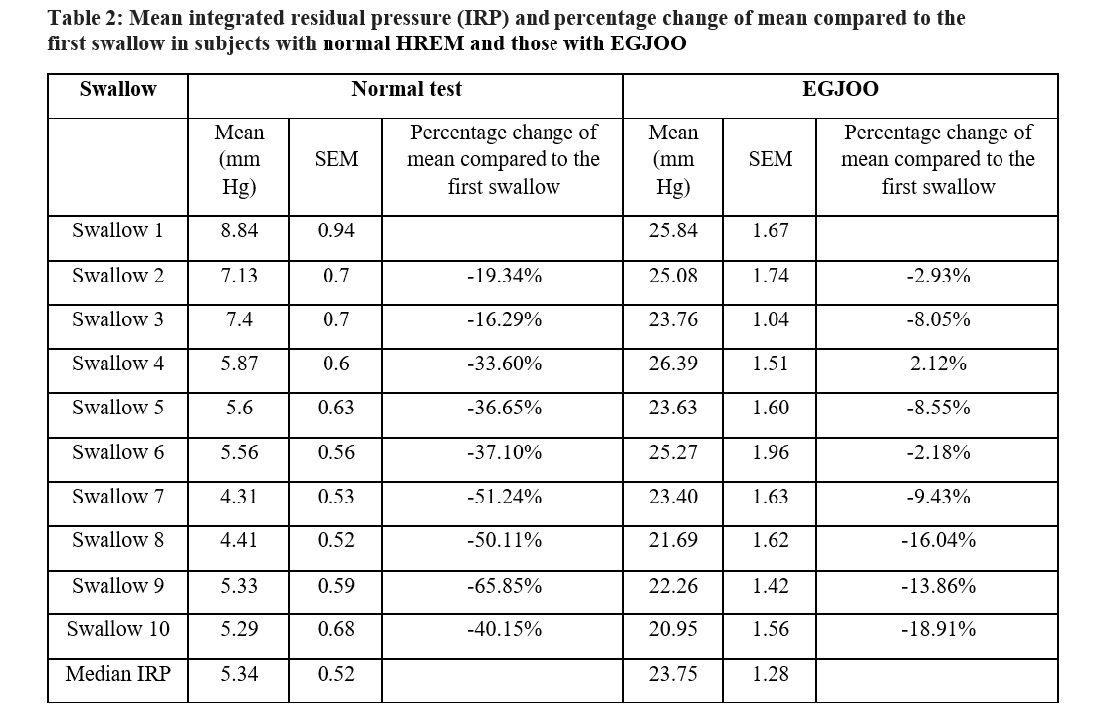 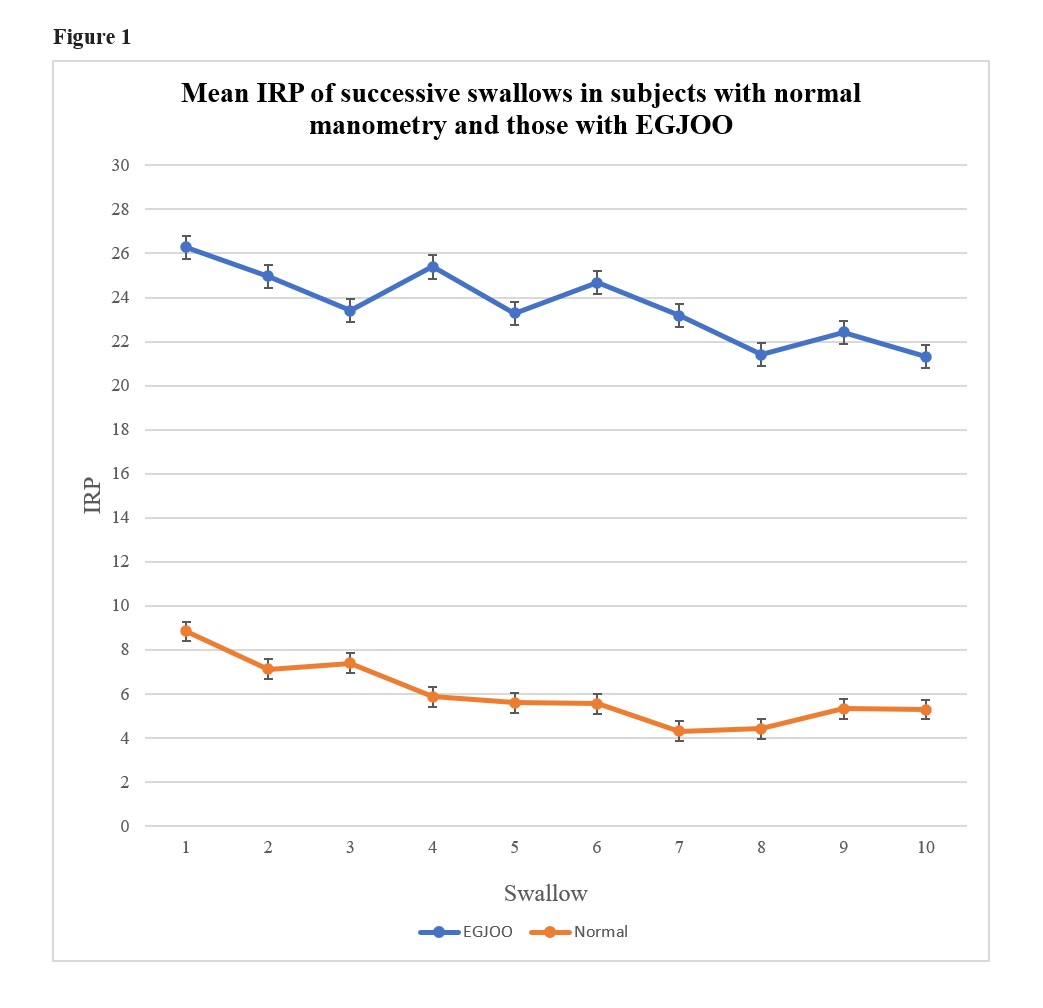