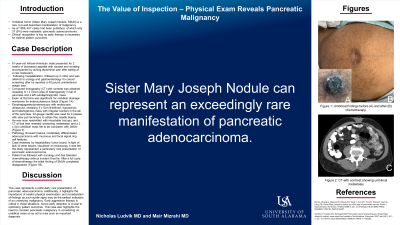 Introduction: Umbilical tumor (Sister Mary Joseph Nodule, SMJN) is a rare, but well described manifestation of malignancy. As of 1998, 407 cases had been published, of which only 37 (9%) were metastatic pancreatic adenocarcinoma. Clinical recognition is key as early therapy is necessary for optimal patient outcomes. Herein, we report such a case of pancreatic adenocarcinoma presenting with SMJN.

Methods: A 61-year-old African-American male presented for 2 weeks of decreased appetite with nausea and vomiting accompanied by aching abdominal pain after eating at a new restaurant. Following this hospitalization, he followed up with our clinic and was referred to urology and gastroenterology for cancer screening after he reported a 40 pound unintentional weight loss. As part of workup, computed tomography (CT) with contrast was obtained revealing 6.1 x 3.6 cm area of heterogeneity in tail of pancreas and a left subdiaphragmatic mass. He was referred to advanced endoscopy. Exam at that time was significant for umbilical drainage worrisome for enterocutaneous fistula. He underwent esophagogastroduodenoscopy with endoscopic ultrasound, revealing 5 x 5 cm ill-defined, hypoechoic and heterogenous mass with irregular borders in the tail of the pancreas. 22-gauge needle was used for 4 passes with slow pull technique to obtain fine needle biopsy. He was soon readmitted with intractable hiccups, and CT at that time revealed worsening metastases and a 3 x 3 cm umbilical mass felt to be consistent with SMJN. Pathology showed invasive moderately differentiated adenocarcinoma with mucinous and focal signet ring cell features. Case reviewed by hepatobiliary tumor board. In light of lack of other lesions visualized on endoscopy, it was felt this likely represented a particularly rare presentation of pancreatic adenocarcinoma. Patient has followed with oncology and has tolerated chemotherapy without incident thus far. After a full cycle of chemotherapy the initial finding of SMJN completely disappeared.

Discussion: This case represents a particularly rare presentation of pancreatic adenocarcinoma. It highlights the importance of careful physical examination and consideration of findings as such subtle signs may be the earliest indication of underlying malignancy. Early aggressive therapy is critical, hence early detection is crucial to optimizing patient outcomes. This case also highlights the need to consider pancreatic malignancy in considering an umbilical mass so as not to miss such an important diagnosis. 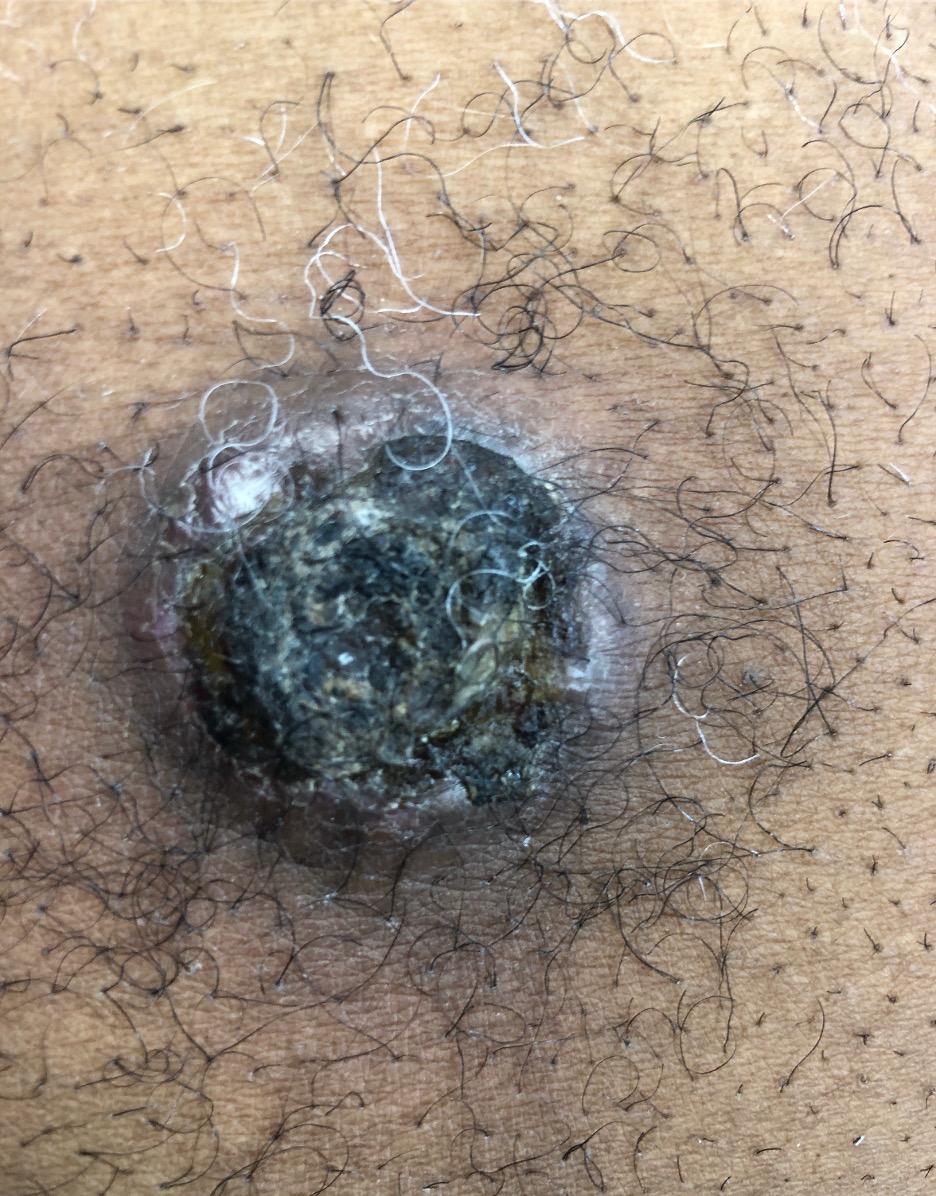 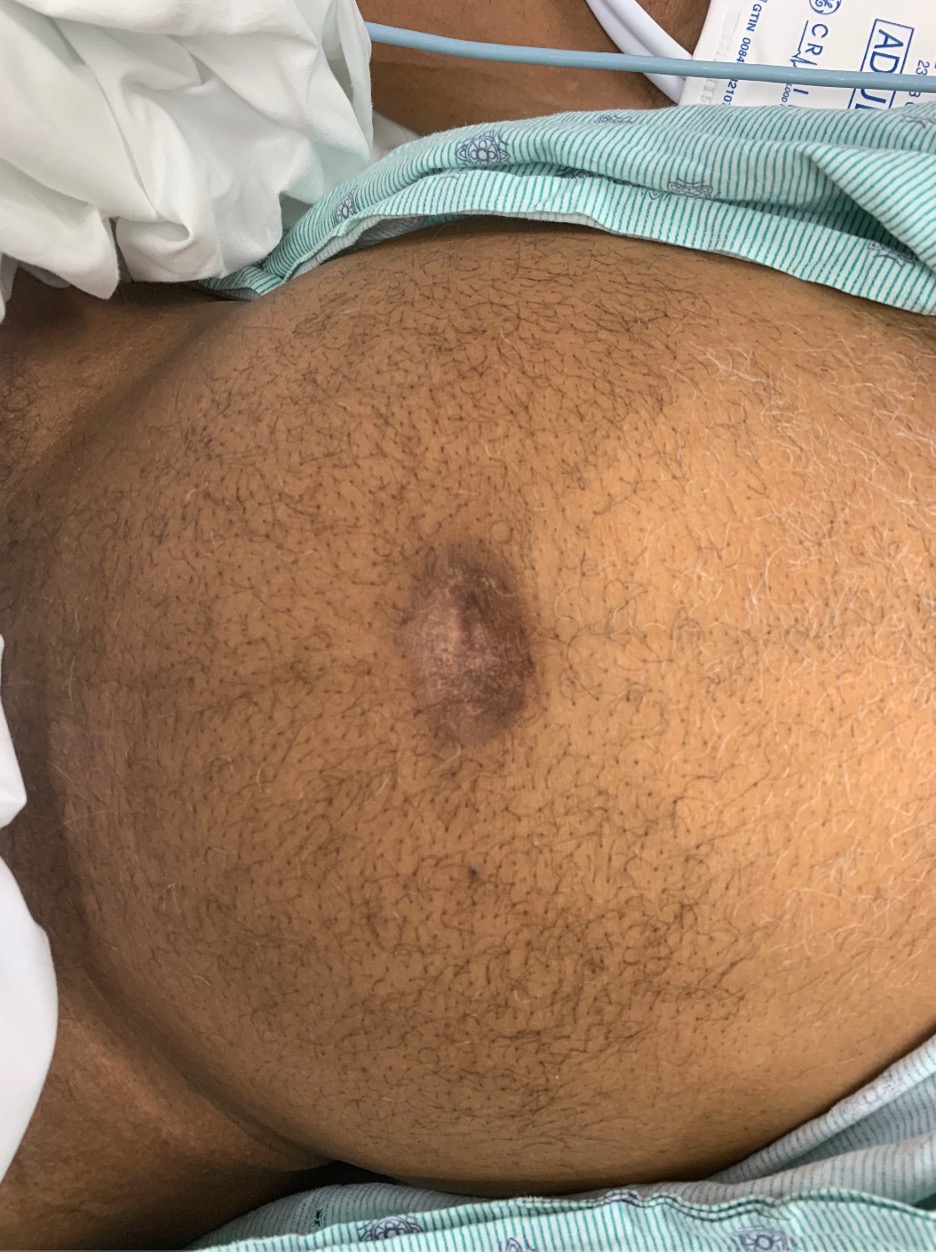 Resolution of Sister Mary Joseph Nodule after cycle 1 of chemotherapy