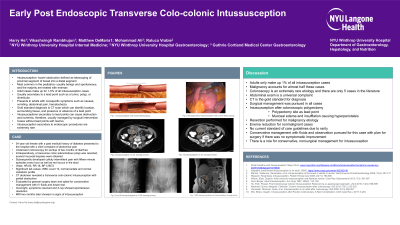 Methods: A 54-year-old female patient with a history of diabetes presented to the ED with worsening colicky abdominal pain starting four hours after a colonoscopy with polpectomy in the transvsere colon was performed. She also experienced red mucus in her stools.
Her vital signs were within normal limits. On exam, she had a non-distended abdomen, with mild tenderness over the RUQ without any palpable masses. Her blood work was significant for a white count of 13 with a normal metabolic profile and lactate.
The patient had an abdominal X- ray and CT of the abdomen which showed a transverse colo-colonic intussusception with partial obstruction.
The patient was seen by the surgical team who opted for a conservative management with IV fluids and nil per os. Her symptoms rapidly improved the next day. She was started on a liquid diet which was advanced without complications. She was discharged on the third day after a normal bowel movement. An MRI two months after discharge was unremarkable.

Discussion: Intussusception with colonoscopy as an etiology is very uncommon. In our patient, polypectomy in the setting of colitis likely contributed to her development of an intussusception and partial bowel obstruction.
There are no standard guidelines for management. In all colonoscopy-related cases cited, surgical interventions were pursued. Conservative management was pursued for our patient who had complete resolution of her symptoms.
This report demonstrates that in non-malignant intussusception cases a conservative approach at first, with surgery reserved for patients with worsening symptoms, is practical. 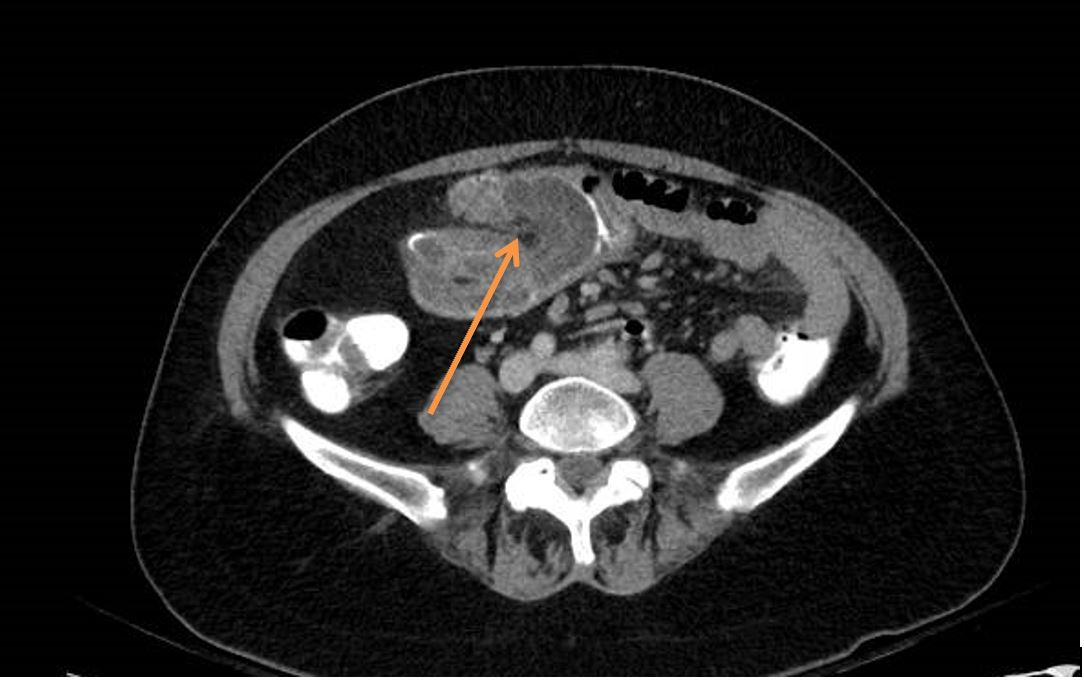 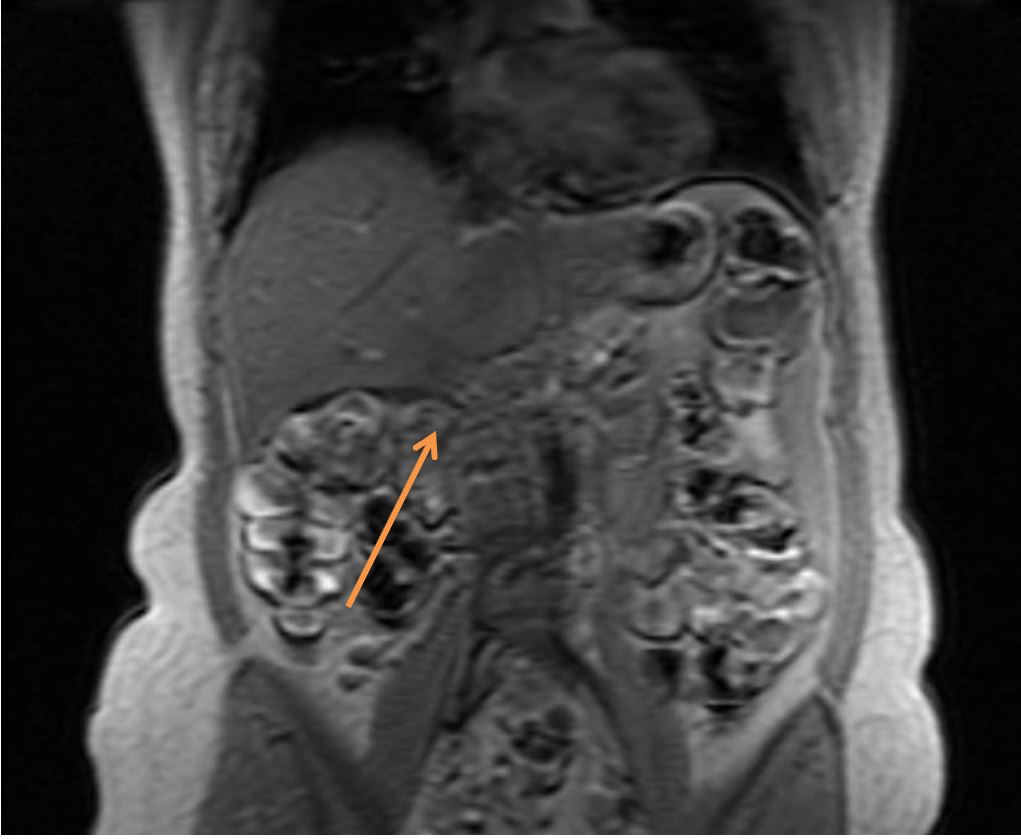