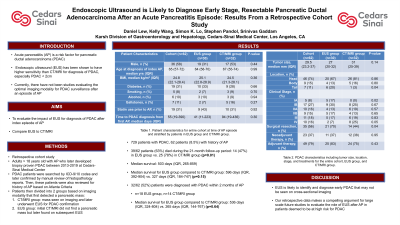 Introduction: Acute pancreatitis (AP) is a risk factor for pancreatic ductal adenocarcinoma (PDAC). EUS has been shown to have higher sensitivity than CT/MRI for the diagnosis of small PDAC.

The objective was to evaluate the impact of EUS for the diagnosis of PDAC after index AP.

Methods: A retrospective cohort study of adults with AP who later developed biopsy proven PDAC between 2013 to 2019 at a tertiary care center was performed. PDAC patients were searched by ICD-9/10 and later confirmed by review of histopathology. These patients were reviewed for history of AP (Atlanta criteria). Patients were divided into two groups based on the imaging modality that first detected a pancreatic mass: CT/MRI group (mass seen on imaging and later underwent EUS for PDAC confirmation) and EUS group (CT/MRI did not find a pancreatic mass but later were confirmed to have PDAC on subsequent EUS).

Discussion: EUS is likely to identify and diagnose early tumors that may not be seen on cross-sectional imaging. Our retrospective data makes a compelling argument for large scale future studies to evaluate the role of EUS after AP in patients deemed to be at high risk for PDAC. 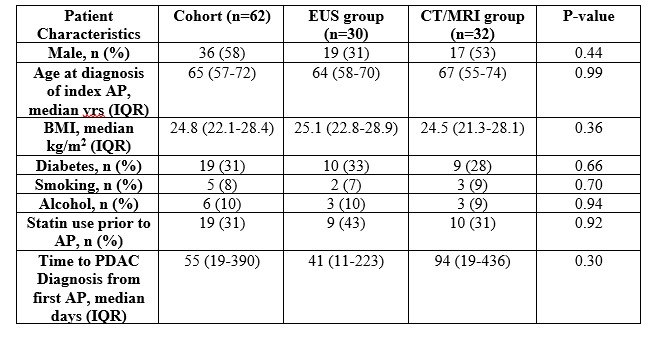 Patient characteristics for entire cohort at time of acute pancreatitis episode and stratified by patients in EUS group and CT/MRI group. 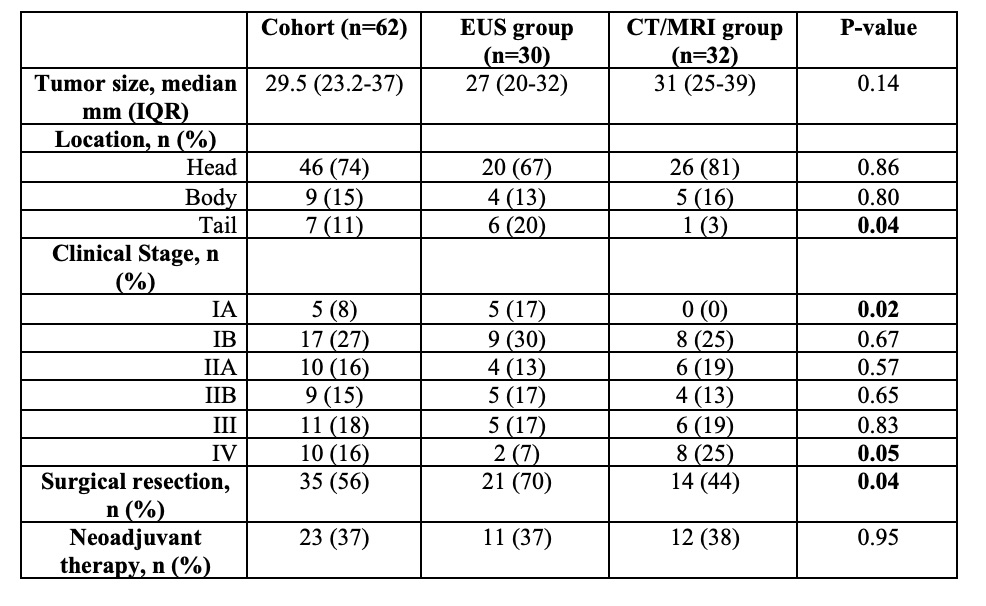