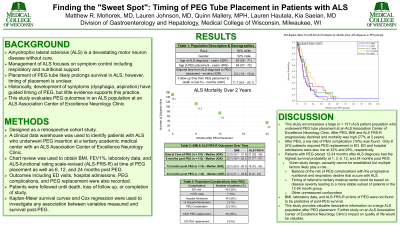 Introduction: Amyotrophic lateral sclerosis (ALS) is a devastating motor disease with no cure. Management focuses on symptom control including respiratory and nutritional support when necessary. Placement of a percutaneous endoscopic gastrostomy (PEG) tube in patients with ALS likely prolongs survival however the ideal timing of placement is unknown. Traditionally, development of symptoms guide timing of PEG placement but there is little evidence to support this practice. The purpose of this study was to investigate whether objective features indicate optimal timing of PEG placement in patients with ALS.

Methods: This was a single institution retrospective chart review study. A clinical data warehouse was used to identify patients with ALS who had undergone PEG insertion at an academic medical center with an ALS Association Center of Excellence Neurology Clinic. Chart review was then used to identify the time from ALS diagnosis to PEG placement, BMI, FEV1%, laboratory data, and ALS-functional rating scale-revised (ALS-FRS-R) at time of PEG insertion. Patients were followed until death, loss of follow up, or completion of study. Kaplan-Meier survival curves and Cox regression were used to investigate any association between the variables studied and survival after PEG placement.

Discussion: In this large retrospective review of patients who undergo PEG placement for ALS, our results indicate a survival advantage receiving PEG between 12-24 months after ALS diagnosis. It is unclear why earlier or later placement has worse survival outcomes but may be related to balancing the risk of PEG complications with the progressive nutritional and respiratory decline that occurs with ALS. Severe airway obstruction at time of PEG was found to be associated with worse survival, consistent with prior literature. BMI, laboratory data, and ALS-FRS-R score were not found to be predictive of survival. 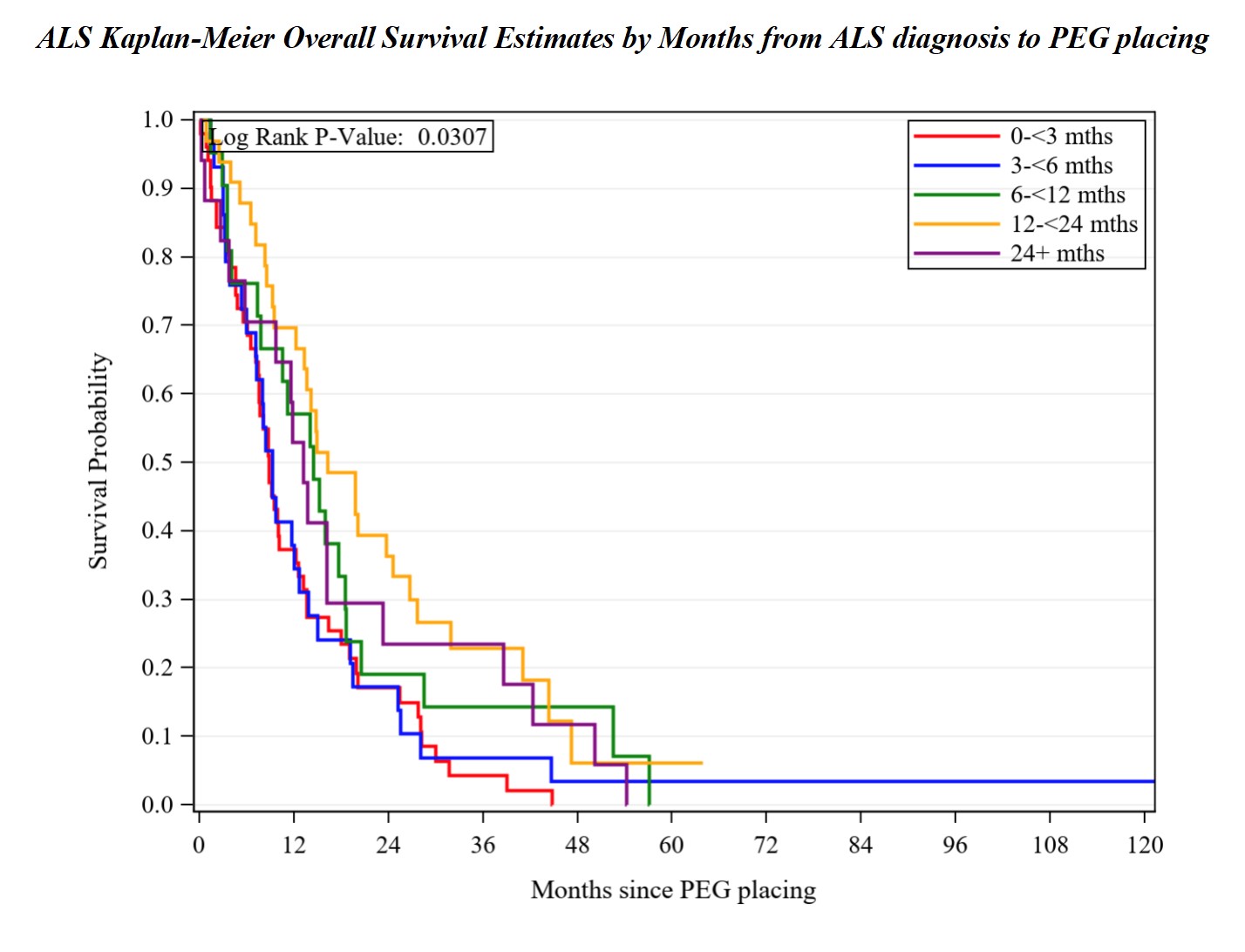