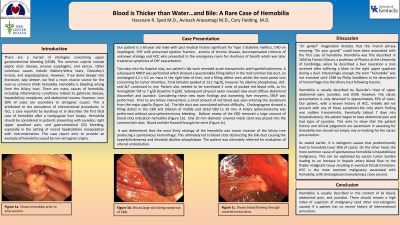 Introduction: There are a myriad of etiologies concerning upper gastrointestinal bleeding (UGIB). The common culprits include peptic ulcer disease, erosive esophagitis, and varices. However, if we delve deeper into literature, way deeper, we find a more elusive source for the ever-so common UGIB: hemobilia. Hemobilia is bleeding arising from the biliary tract. Over 50% of cases are secondary to iatrogenic causes. This can be attributed to the prevalence of interventional procedures. Here, we present a 65-year-old male with a recently diagnosed history of hepatocellular carcinoma (HCC), who presented with a sudden elevation in liver enzymes and bilirubin, and subsequently was found to have hemobilia.

Methods: Our patient is a 65-year old male with past medical history significant for decompensated cirrhosis of unknown etiology and HCC who presented to the emergency room for a CHF exacerbation. Two days into his hospital stay, our patient's lab work revealed acute transaminitis and hyperbilirubinemia. A subsequent magnetic resonance cholangiopancreatography (MRCP) was performed which showed a questionable filling defect in the mid common bile duct (CBD), unchanged mass in the right lobe of liver, and a filling defect seen within the portal vein concerning for tumor thrombus. Total bilirubin peaked at 13.1 mg/dL. ERCP was performed with balloon sweep of the CBD and removal of large amount of blood clots indicating hemobilia.  One 10 mm diameter covered metal stent was placed into the CBD. It was determined that the most likely etiology of the hemobilia was tumor invasion of the biliary tree producing a spontaneous hemorrhage.

Discussion: En garde!" Imagination dictates that this French phrase meaning "On your guard!" could have been associated with the first case of hemobilia. Hemobilia was first described in 1654 by Francis Glisson when he described a liver laceration a man received during a duel. Hemobilia is usually described by Quincke's triad of upper abdominal pain, jaundice, and UGIB. However, this classic presentation is only observed in approximately 35% of cases. Our patient, with a known history of HCC, initially did not present with any of these symptoms-the only alarm finding was sudden transaminitis. As stated earlier, it is iatrogenic causes that predominantly lead to hemobilia. On the other hand, the most common cause of spontaneous hemobilia is hepatobiliary malignancy. HCC is the most common malignancy associated with hemobilia, with cholangiocarcinoma being a close second. 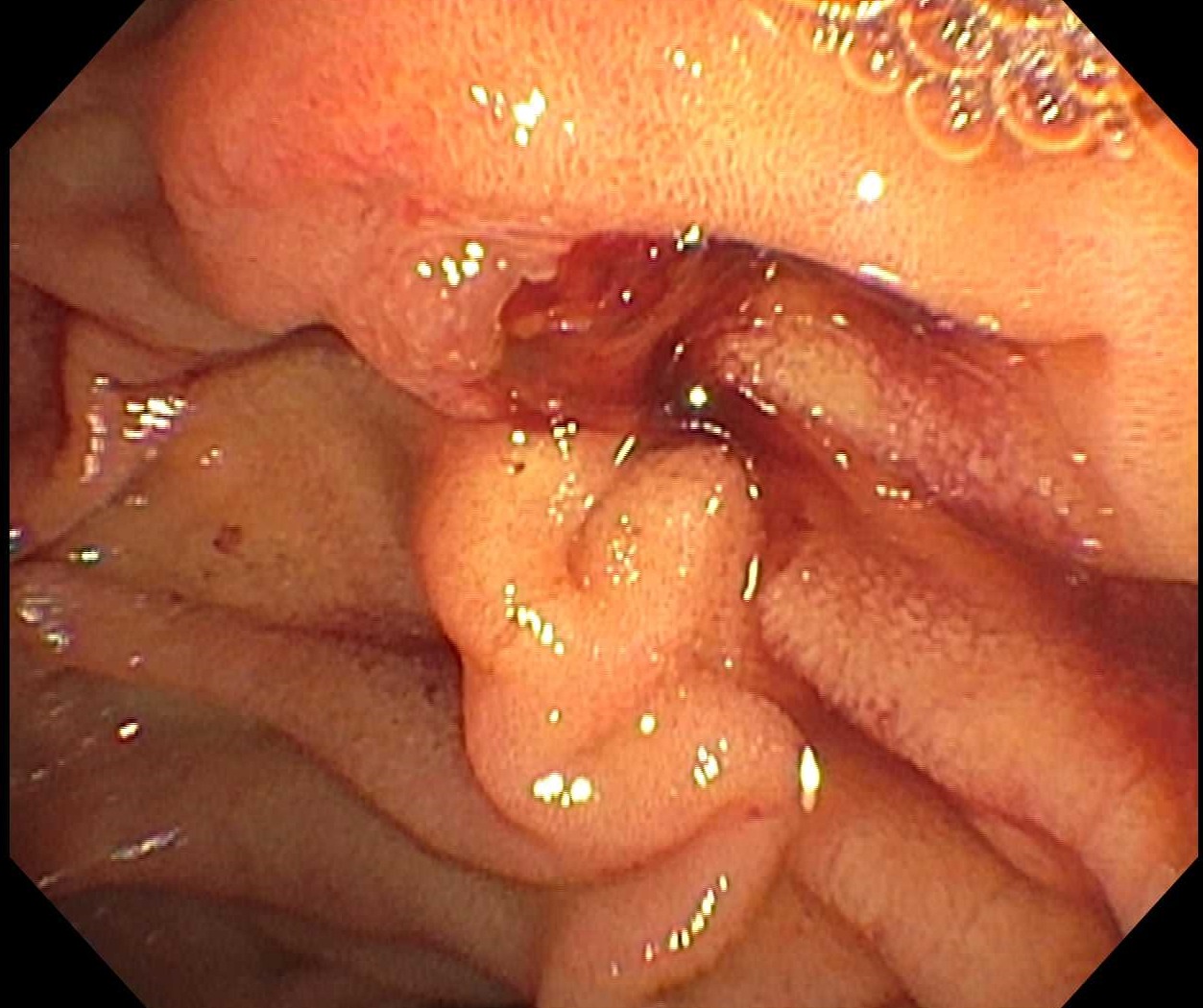 Figure 1: Shows hemobilia prior to intervention 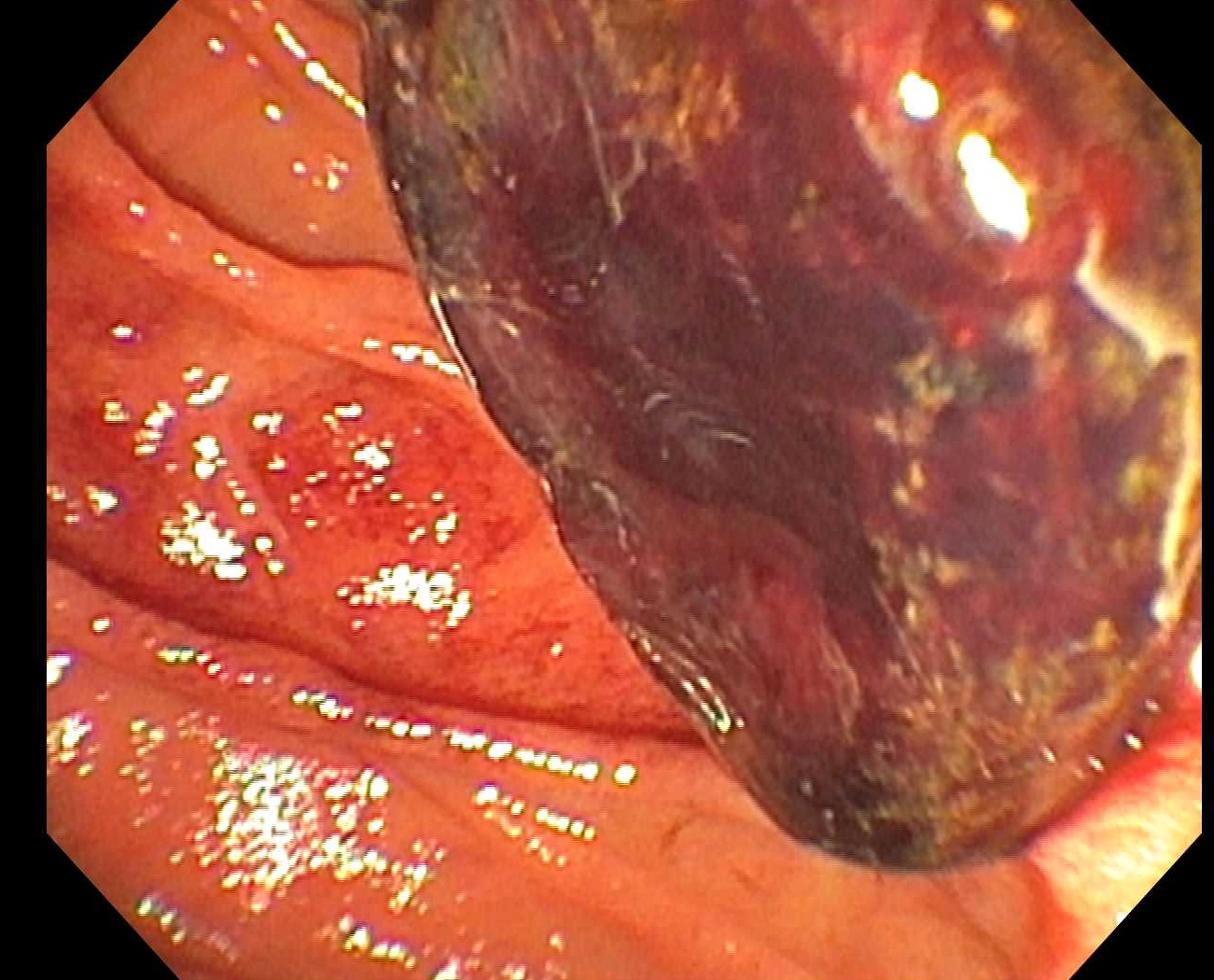 Figure 2: Shows large blood clot being swept out of CBD 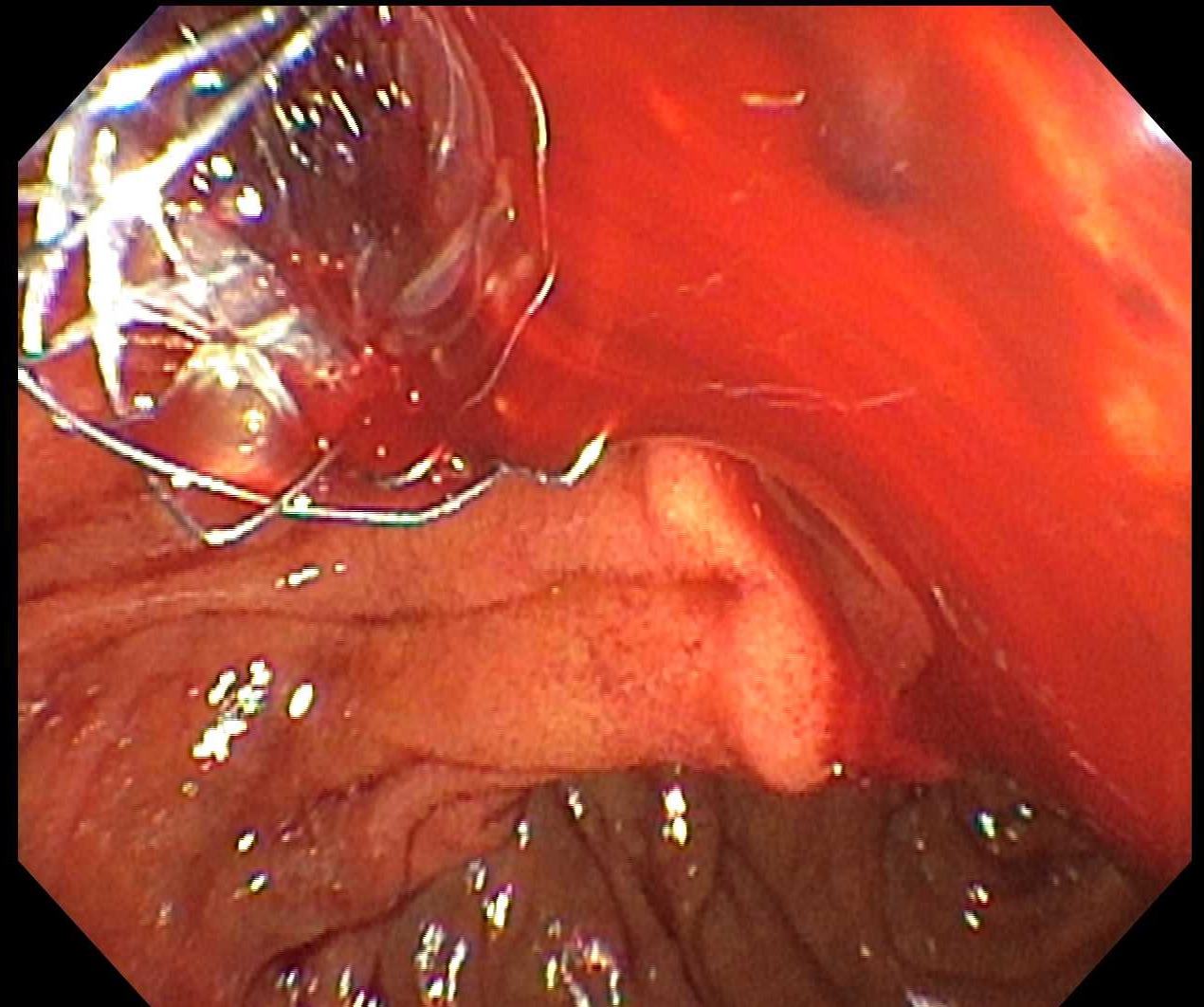