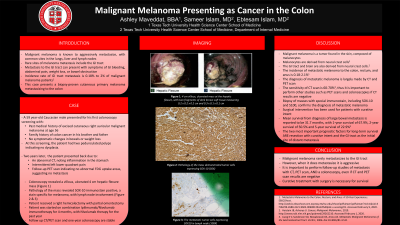 Introduction: Malignant melanoma is known to aggressively metastasize, with common sites in the lungs, liver and lymph nodes. Rare sites of metastasis include the GI tract, presenting with symptoms of GI bleeding, abdominal pain, weight loss, or bowel obstruction with an incidence rate of 0.18-2% of patients. In this case, we present a patient with biopsy-proven cutaneous primary melanoma metastasizing to the colon.

Methods: A 59-year-old Caucasian male with a past medical history of excised cutaneous right auricular malignant melanoma at age 52 with right neck lymph node dissection due to metastasis  presented at age 56 for his first screening colonoscopy, despite a family history of colon cancer. Biopsies of two pedunculated polyps indicated no dysplasia. The patient presented two years later due to an abnormal CT, noting inflammation in the stomach, and intermittent left lower quadrant abdominal pain. At this time, the patient had a follow-up PET scan indicating no abnormal FDG uptake areas, thus suggesting no metastasis. Colonoscopy revealed a villous and ulcerated 4 cm hepatic flexure mass (Figure 1).

Pathology of the mass revealed SOX-10 immunostain positive, specific for melanoma, with lymph node involvement (Figure 2 and 3). Thus, a right hemicolectomy with partial omentectomy was performed. He was started on combination immunotherapy for 4 months, with Nivolumab therapy every 14 days for the past year. Follow up CT/PET scan and one-year colonoscopy was stable.

Discussion: Malignant melanoma is a tumor of melanocytes derived from neural crest cells commonly found in the skin. Other sites derived from neural crest cells include the GI tract and brain. The incidence of metastatic melanoma to the colon, rectum, and anus at 0.18-2.1%. The diagnosis of metastatic melanoma is largely made by CT and PET scan. The sensitivity of CT scan is 60-70%, thus it is important to perform other studies such as PET scans and colonoscopies if CT results are negative. Biopsy of masses with special immunostain, including SOX-10 and S100, confirms the diagnosis of metastatic melanoma. Surgical intervention has been used for patients with curative intent. Mean survival from diagnosis of large bowel metastasis is reported to be 31.7 months, with 1-year survival of 67.9%, 2-year survival of 50.5% and 5-year survival of 22.9%. The two most important prognostic factors for long-term survival ARE resection with curative intent and the GI tract as the initial site of distant metastasis. 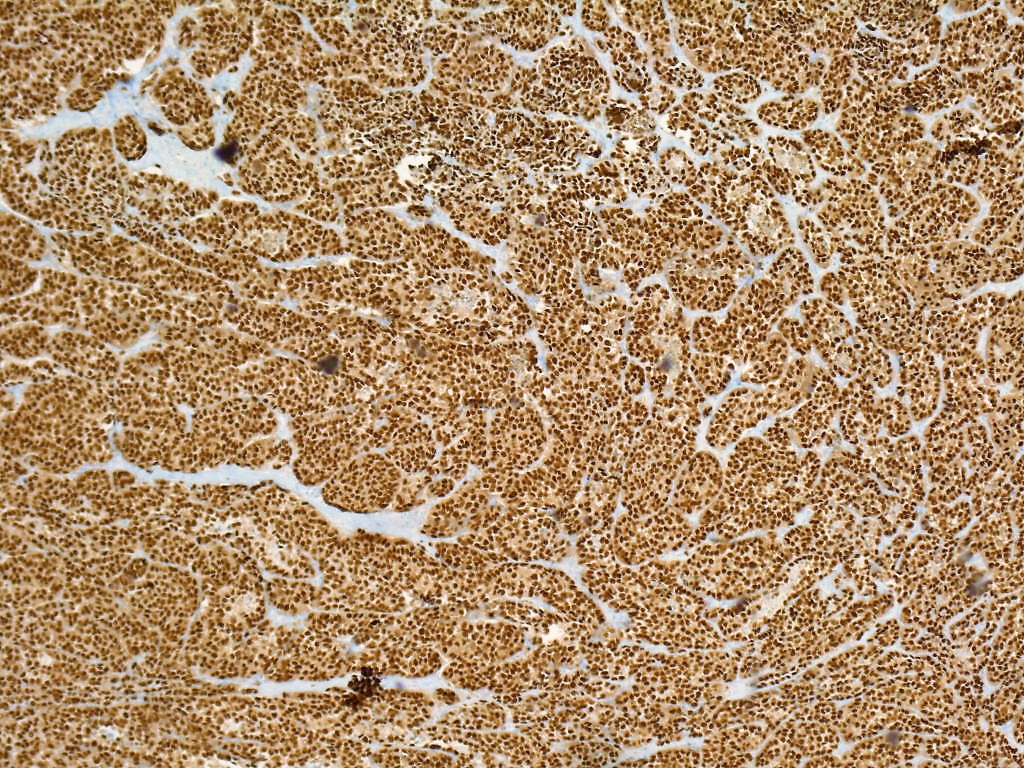 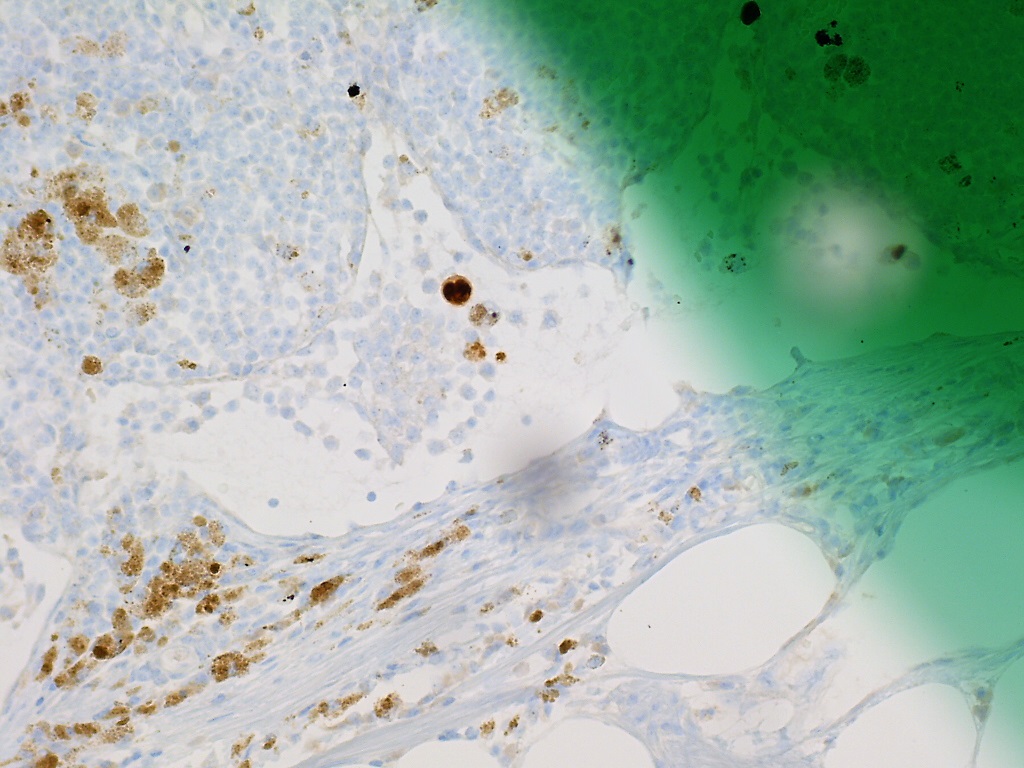