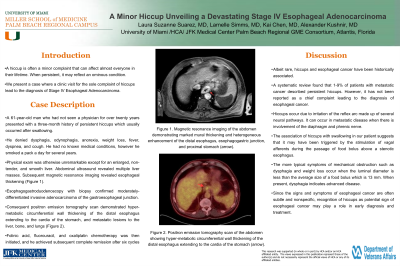 Introduction: A hiccup is often a minor complaint that can affect almost everyone in their lifetime. When persistent, it may reflect an ominous condition. We present a case where a clinic visit for the sole complaint of hiccups lead to the diagnosis of Stage IV Esophageal Adenocarcinoma.

Methods: A 61-year-old man who had not seen a physician for over twenty years presented with a three-month history of persistent hiccups which usually occurred after swallowing. He denied dysphagia, odynophagia, anorexia, weight loss, fever, dyspnea, and cough. He had no known medical conditions, however he smoked a pack a day for several years. Physical exam was otherwise unremarkable except for an enlarged, non-tender, and smooth liver. Abdominal ultrasound revealed multiple liver masses. Subsequent magnetic resonance imaging revealed esophageal thickening (Figure 1). Esophagogastroduodenoscopy with biopsy confirmed moderately-differentiated invasive adenocarcinoma of the gastroesophageal junction. Consequent positron emission tomography scan demonstrated hyper-metabolic circumferential wall thickening of the distal esophagus extending to the cardia of the stomach, and metastatic lesions to the liver, bone, and lungs (Figure 2). Palliative folinic acid, fluorouracil, and oxaliplatin chemotherapy was then initiated, and he achieved subsequent complete remission after six cycles.

Discussion: Albeit rare, hiccups and esophageal cancer have been historically associated. A systematic review found that 1-9% of patients with metastatic cancer described persistent hiccups. However, it has not been reported as a chief complaint leading to the diagnosis of esophageal cancer. Hiccups occur due to irritation of the reflex arc made up of several neural pathways. It can occur in metastatic disease when there is involvement of the diaphragm and phrenic nerve.

The association of hiccups with swallowing in our patient suggests that it may have been triggered by the stimulation of vagal afferents during the passage of food bolus above a stenotic esophagus. The more typical symptoms of mechanical obstruction such as dysphagia and weight loss occur when the luminal diameter is less than the average size of a food bolus which is 13 mm. When present, dysphagia indicates advanced disease. Since the signs and symptoms of esophageal cancer are often subtle and nonspecific, recognition of hiccups as potential sign of esophageal cancer may play a role in early diagnosis and treatment. 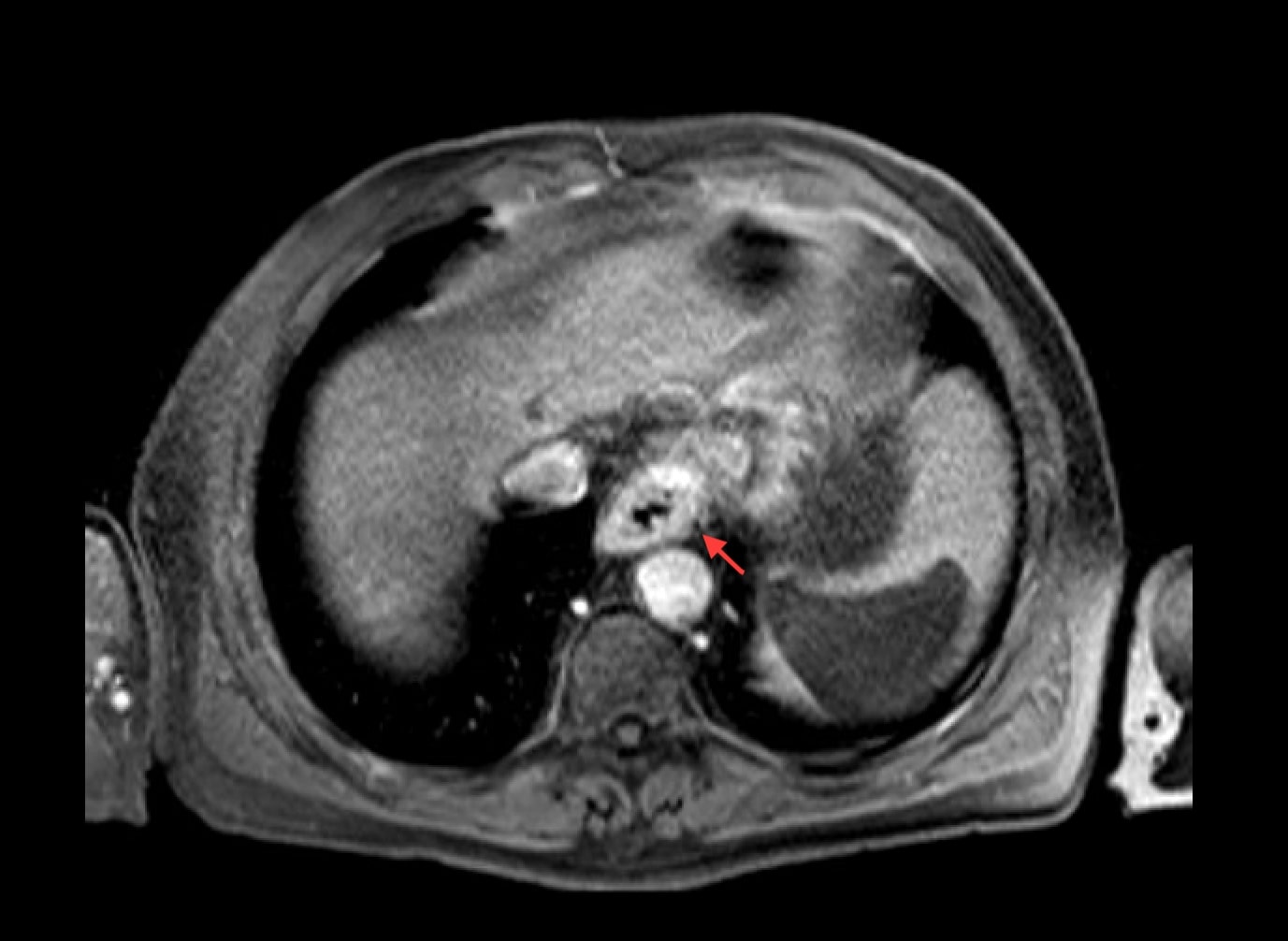 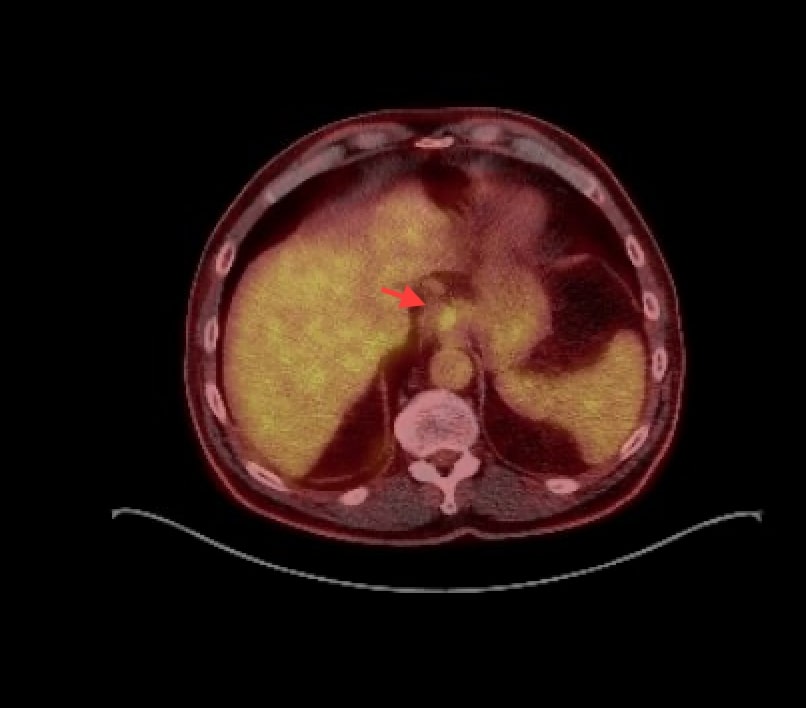 Figure 2. Positron emission tomography scan of the abdomen showing hyper-metabolic circumferential wall thickening of the distal esophagus extending to the cardia of the stomach (arrow).