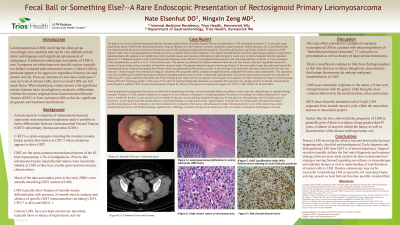 Introduction: Leiomyosarcomas (LMS) involving the colon are exceedingly rare and can be difficult to both detect and diagnose until significant advancement of disease. Early diagnosis and distinguishing LMS from Gastrointestinal Stromal Tumors (GIST) is of utmost importance for treatment strategy. Colonoscopy may not be a sensitive tool for both detection and surveillance of LMS.  We present a case of rectosigmoid LMS initially presenting as a fecal ball appearance, however surgical biopsy revealed ultimate diagnosis of LMS.

Discussion: Colonic primary LMS are rare with few cases reported, furthermore the endoscopic appearance of LMS is not well described in the literature. Two previously reported cases of colonic LMS had nearly normal colonoscopy findings. This patient also had colonoscopies previously in 2013 and 2017 significant only for small sessile serrated adenomas. Therefore routine colonoscopy may not be a sufficient tool to detect or provide adequate surveillance for rare cancers like LMS, given the fast growth and need for biopsy of deep submucosal tissue to reveal highly pleomorphic atypical cells. In this case we present LMS that appeared to be a fecal impaction upon initial endoscopic evaluation. Deep biopsy may help lead to initial diagnosis before surgical approach, however more research needs to be conducted to improve our understanding of both detection and treatment of LMS. 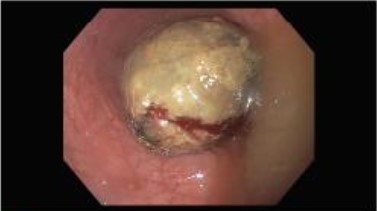 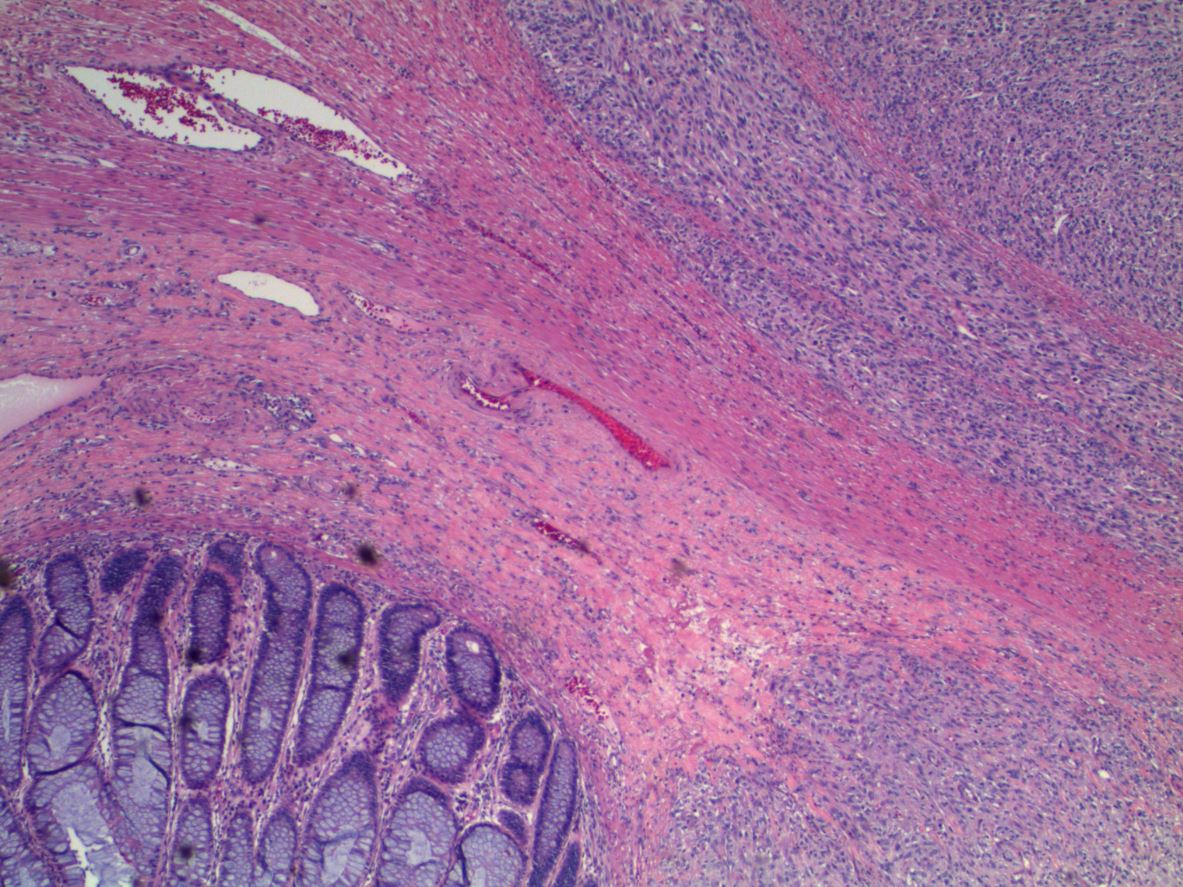