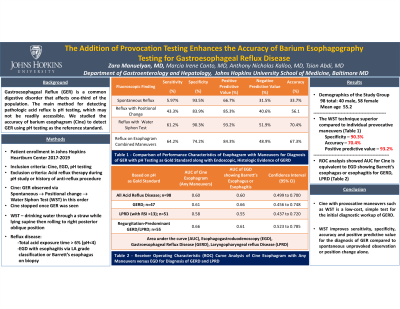 Introduction: Gastroesophageal Reflux (GER) is a common digestive disorder that affects one-third of the population. The main confirmatory method for detecting pathologic acid reflux is pH monitoring with 24-hour pH impedance or 96-hour wireless pH testing, which may not be readily accessible. We studied the accuracy of barium esophagram (Cine) to detect GER using pH testing as the reference standard.

Methods: We analyzed data on patients from The Johns Hopkins Heartburn Center prospectively enrolled from 2017-2019 evaluated with Cine, Esophagogastroduodenoscopy (EGD) and 24 hour pH impedance or 96-hour wireless pH testing. Patients on acid reflux therapy at the time of pH study or history of anti-reflux procedure were excluded. Subjects were observed for unprovoked spontaneous GER on Cine. If GER was not seen, positional maneuvers were done by turning the patient from supine to lateral positions. If no GER, the water siphon test (WST) was performed with the patient drinking water through a straw while lying supine then rolling to right posterior oblique position. Cine maneuvers were completed in this order and stopped once GER was seen. The test was positive if barium was noted at minimum 2 cm above the gastroesophageal junction. Total acid exposure time > 6% during pH testing was considered abnormal and corresponded to GER as the reference standard. The presence of esophagitis on EGD based on LA grade classification and/or Barrett’s esophagus on biopsy were considered positive for reflux disease.

Results: 98 patients were selected (40 male, 58 female, mean age 55.2). 60 (61%) had GER based on pH testing, 44 (45%) had reflux during Cine. The overall sensitivity, specificity, and accuracy of the Cine for GER were 64.2%, 74.2%, and 67.3%, respectively. WST showed sensitivity of 55.2%, specificity of 90.3%, and accuracy of 67.5% (Table 1). Receiver operating characteristic (ROC) curve analyses showed that the area under the curve (AUC) for Cine is equivalent to EGD showing Barrett’s esophagus or esophagitis for all GERD, LPRD, and regurgitation-predominant GERD/LPRD (Table 2). In 29 of 70 (41%) patients with EGD inconclusive or negative for GERD, Cine with provocation testing showed GER.

Discussion: Esophagram with provocative maneuvers is an inexpensive, simple test that might act as an initial diagnostic tool in the workup of GER. WST improves specificity, positive predictive value, and accuracy for the diagnosis of GER compared to unprovoked observation or position change alone. 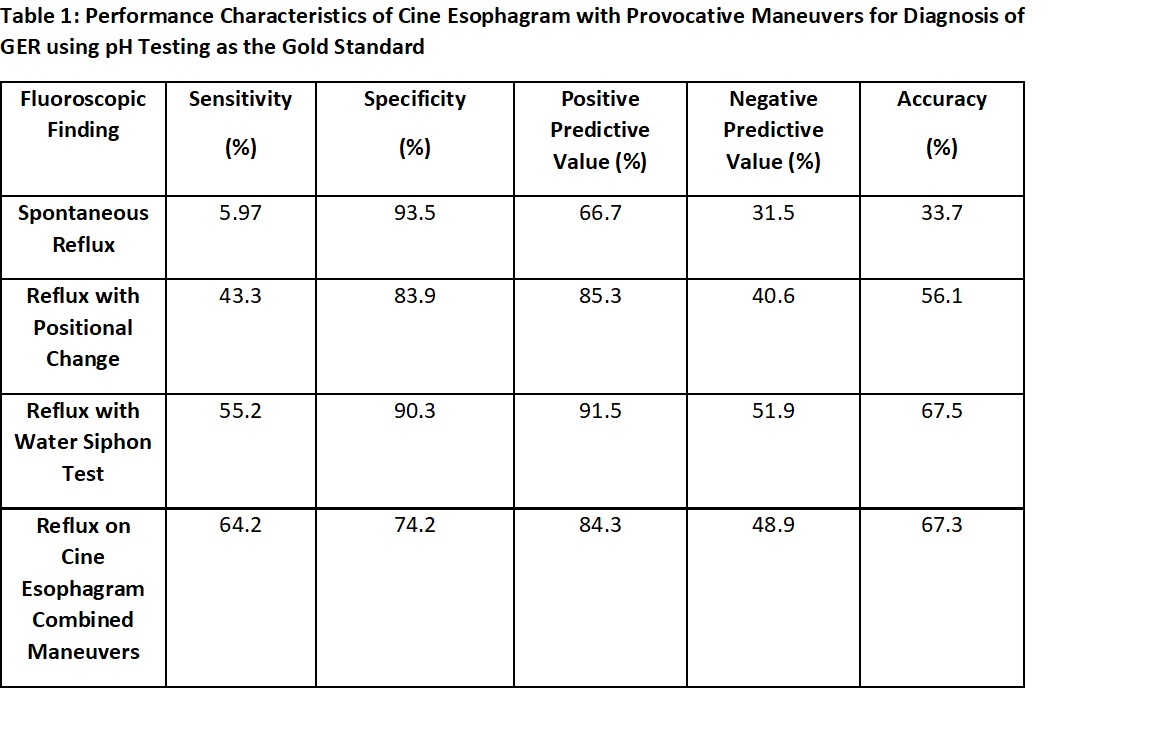 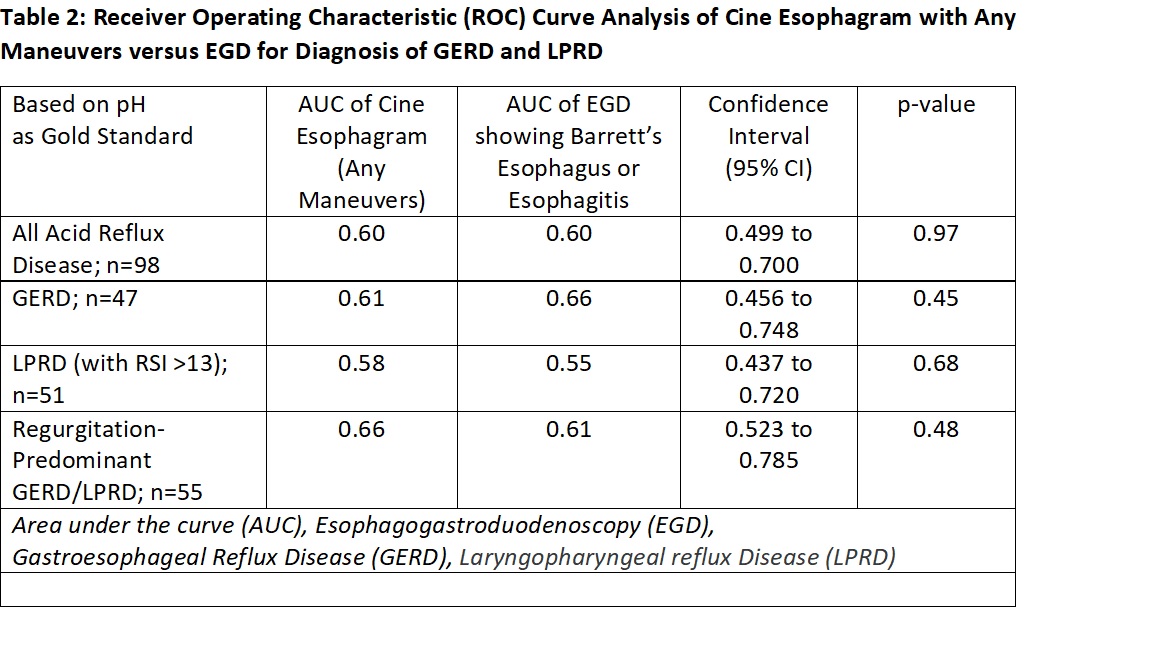