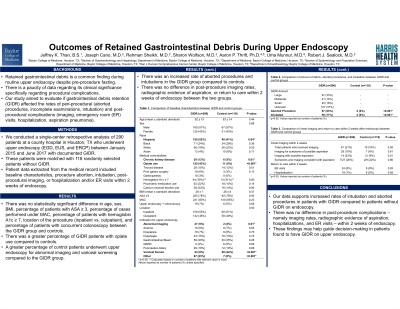 Methods: A retrospective review was performed on patients who underwent EGD, EUS, or ERCP for a variety of indications between January 2015 and June 2017 with documented GIDR. Clinical data was collected from medical records including patient demographics, amount of retained debris, and peri-procedural and post-procedural complications.

Results: The study included 290 patients with documented GIDR and 118 controls. There was no difference in age, sex, or body mass index (BMI) between the groups though there were higher rates of opiate use in the GIDR group (p< 0.001). GIDR was associated with higher rates of aborted procedures and intubation prior to or during the endoscopy (p< 0.001). However, there was no difference in the rates of post-procedural imaging, radiological findings consistent with aspiration pneumonia, or ER visits or hospitalization within two weeks between the groups.

Discussion: In our study, GIDR was associated with an increased rate of intubation and aborted procedures. The rate of aborted procedures increased with the amount of debris suggesting that this contributes to the decision to stop a procedure. Though there was no difference in the use of other medications known to delay gastric emptying, the GIDR group had higher rates of opiate use which may guide stratification of retention risk. The most common indications for endoscopy in the GIDR group were upper gastrointestinal bleeding (UGIB) and dysphagia. In UGIB, this may be related to a shorter time-to-endoscopy given the relative urgency of the procedure but patients with dysphagia may benefit from a more prolonged NPO status or dietary changes prior to procedure to limit retention. In conclusion, our study found that GIDR was associated with the rates of opiate use, aborted procedures, and intubation but did not correlate to the rates of post-procedural complications such as aspiration pneumonia or return to care within two weeks. 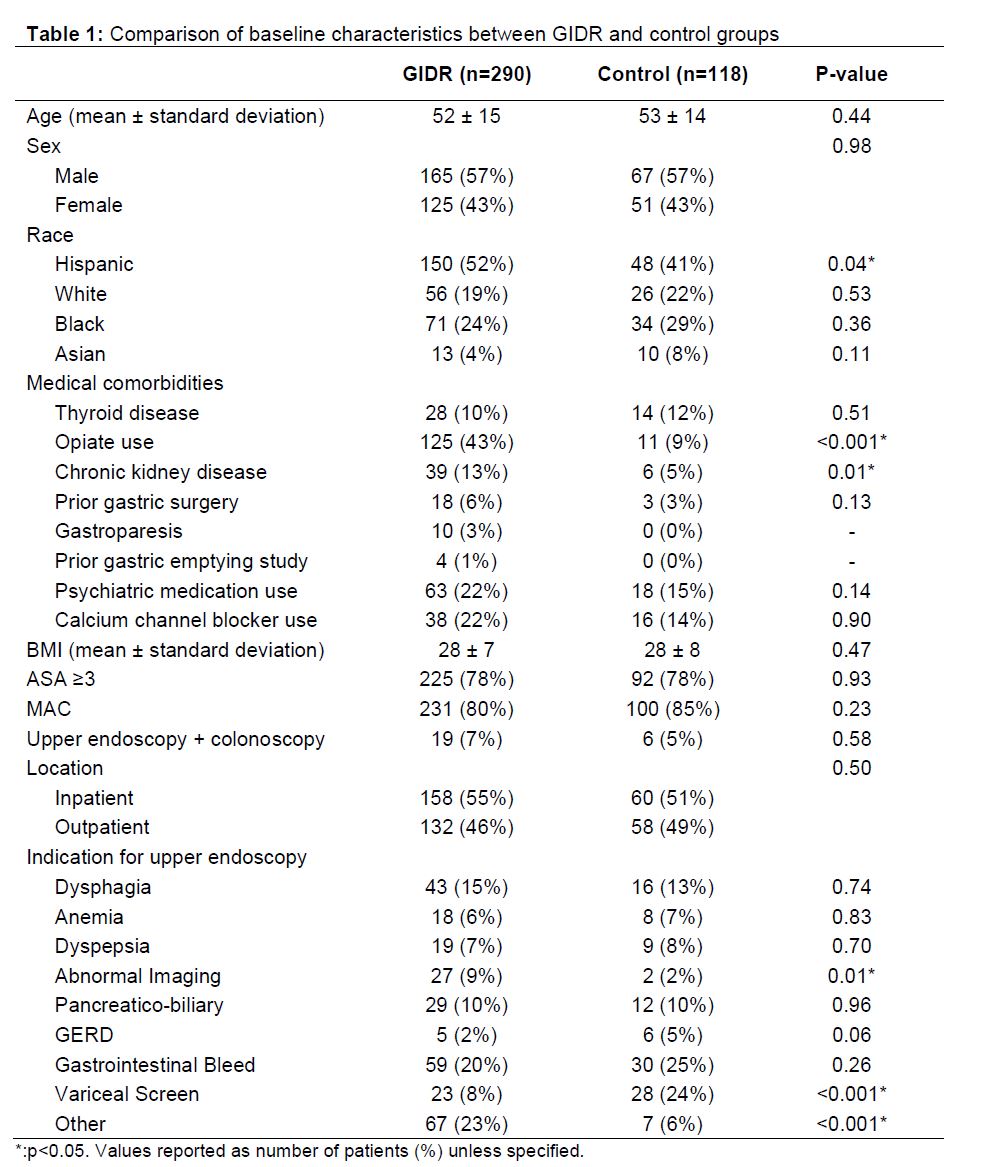 Table 1: Comparison of baseline characteristics between GIDR and control groups

Table 2. Comparison of amount of debris, aborted procedures, and intubation between GIDR and control groups

Table 3. Comparison of chest imaging and return to care within 2 weeks after endoscopy between GIDR and control groups