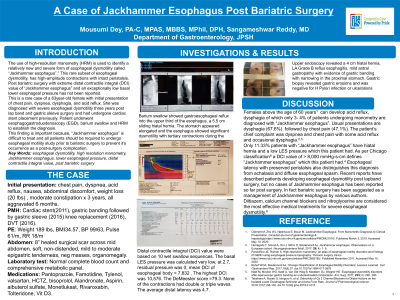 Introduction:
Jackhammer esophagus (JHE)1 is a relatively new and severe form of esophageal dysmotility distinguished from other forms of esophageal dysmotility by extremely high-amplitude contractions of the esophagus with intact peristalsis and occurs mostly in females above the age of 60 years. This is a rare case of a 63 -year old female who developed JHE post bariatric surgery. The initial presentation of this case was chest pain, dyspnea, dysphagia and acid reflux. The patient was diagnosed with severe esophageal dysmotility 3 years post lap band and gastric sleeve surgery.

Methods: The diagnosis was based on esophageal gastroduodenoscopy (EGD), esophageal barium swallow and HRM findings.  The EGD findings revealed evidence of bariatric surgery and narrowing of proximal stomach, fluoroscopy revealed significant esophageal dysmotility with tertiary contractions. The final determination was by HRM findings of DCI values > 8,000 on four episodes and a DeMeester score of 79.3.

Discussion: The unique features of this patient were that her presenting symptoms were dysphagia and angina like chest pain, a relatively rare combination in JHE cases. She had a large hiatal hernia also rare in JHE patients(3%) and her symptoms developed post Lap band surgery, which is often recommended as a treatment for JHE. 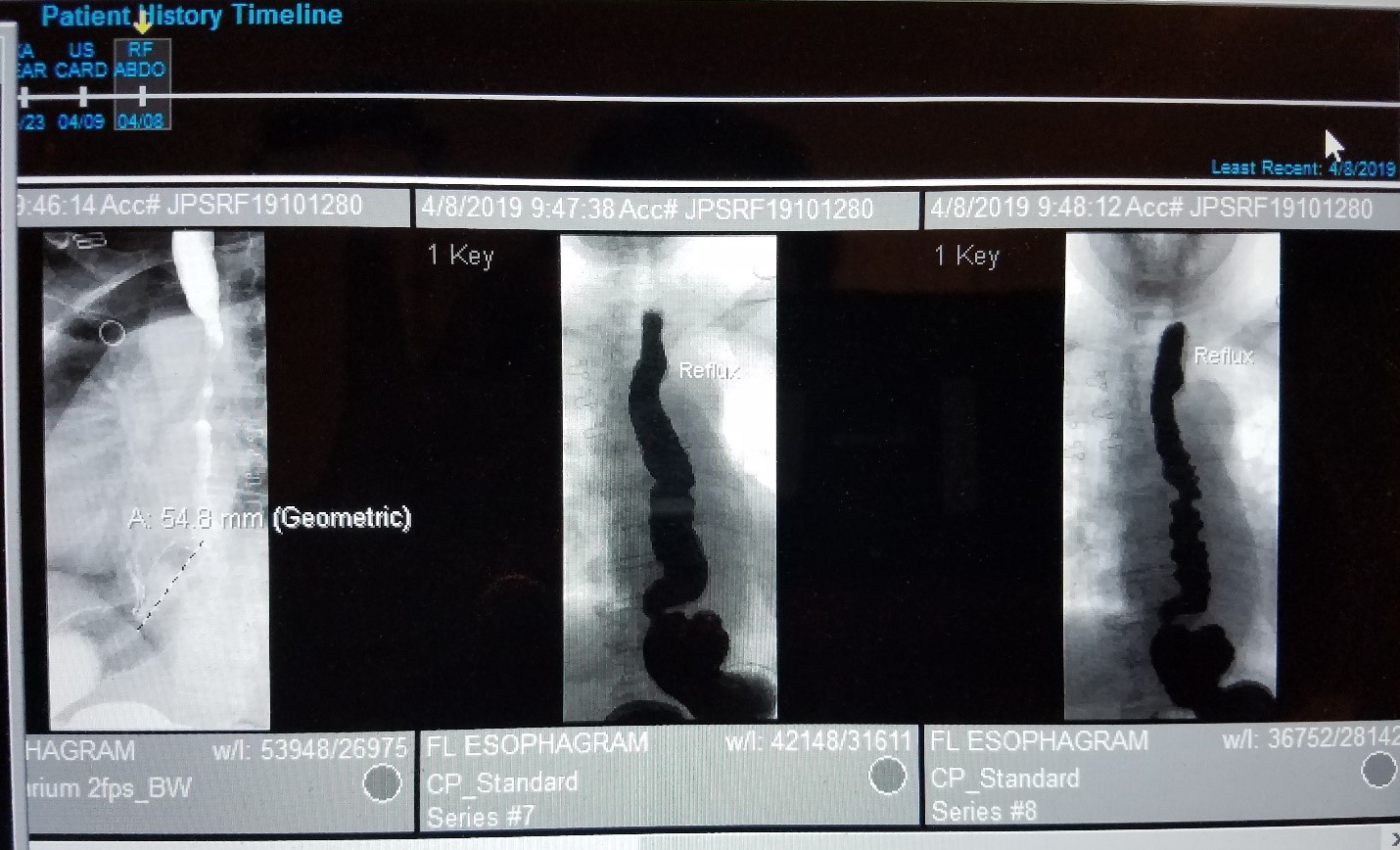 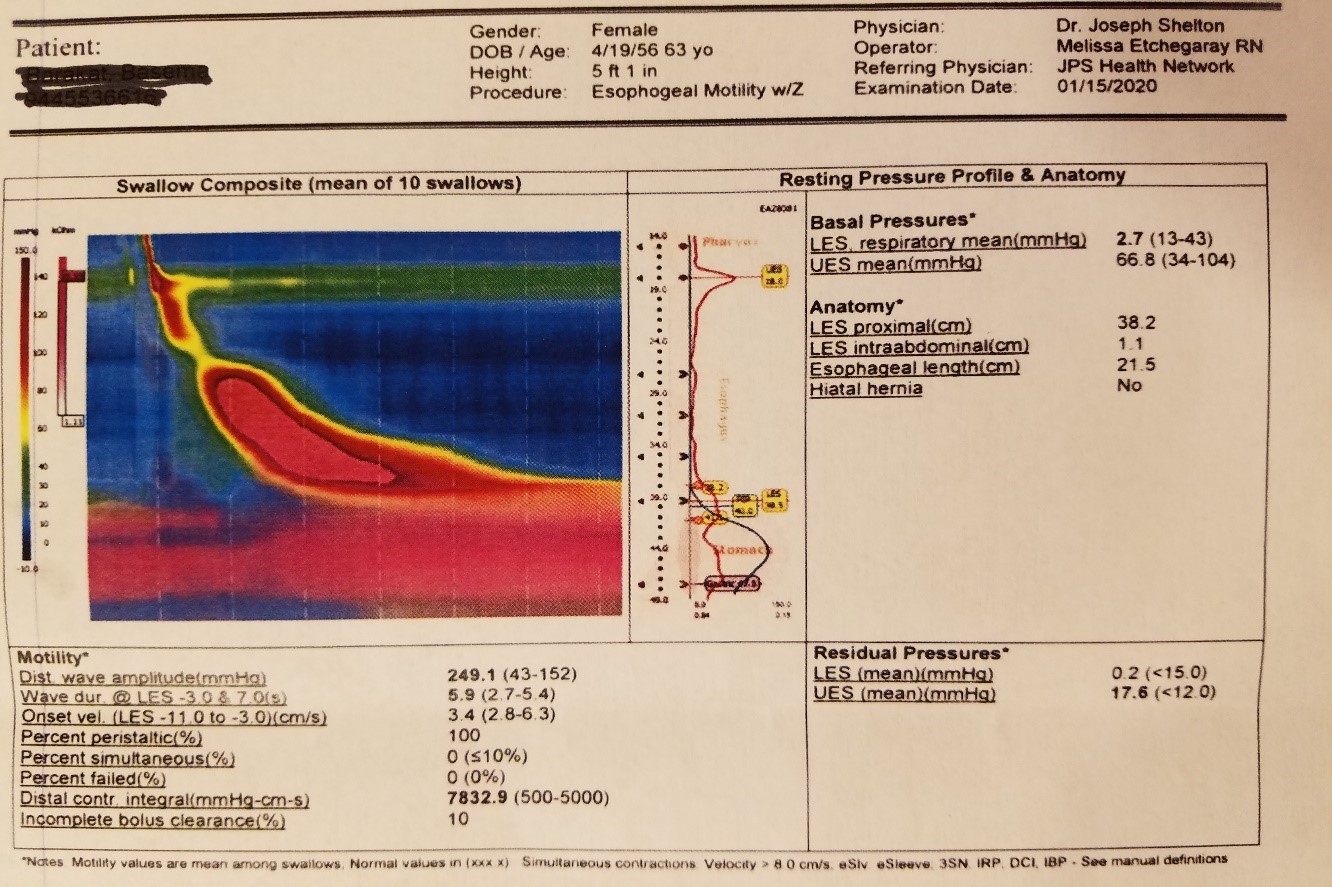 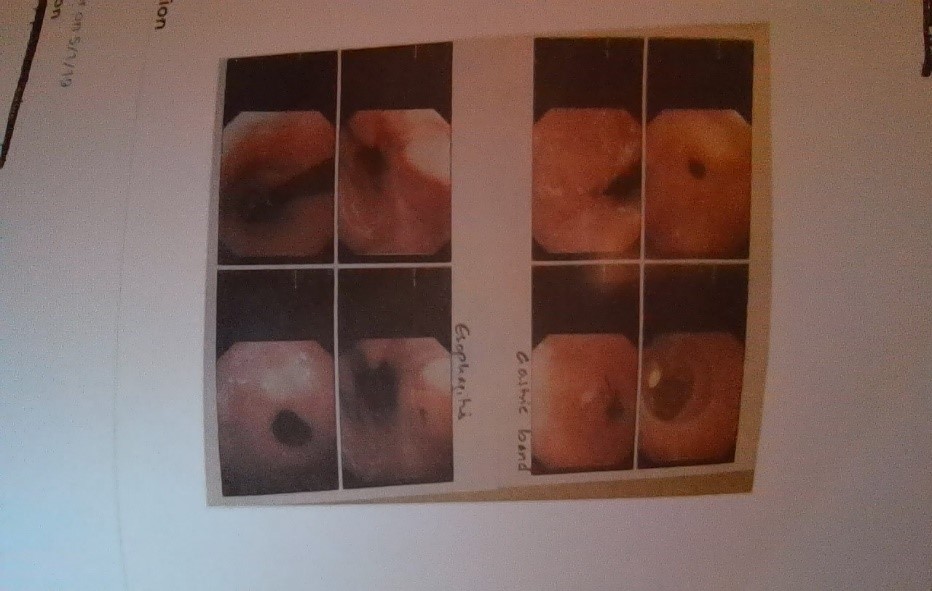