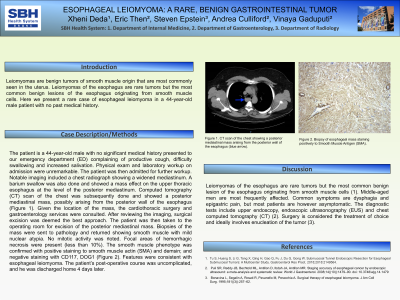 Introduction: Leiomyomas are benign tumors of smooth muscle origin that are most commonly seen in the uterus. Leiomyomas of the esophagus are rare tumors but the most common benign lesions of the esophagus originating from smooth muscle cells. Here we present a rare case of esophageal leiomyoma in a 44-year-old male patient with no past medical history.

Methods: The patient is a 44-year-old male with no significant medical history presented to our emergency department (ED) complaining of productive cough, difficulty swallowing and increased salivation. Physical exam and laboratory workup on admission were unremarkable. The patient was then admitted for further workup. Notable imaging included a chest radiograph showing a widened mediastinum. A barium swallow was also done and showed a mass effect on the upper thoracic esophagus at the level of the posterior mediastinum. Computed tomography (CT) scan of the chest was subsequently done and showed a posterior mediastinal mass, possibly arising from the posterior wall of the esophagus (Figure 1). Given the location of the mass, the cardiothoracic surgery and gastroenterology services were consulted. After reviewing the imaging, surgical excision was deemed the best approach. The patient was then taken to the operating room for excision of the posterior mediastinal mass. Biopsies of the mass were sent to pathology and returned showing smooth muscle with mild nuclear atypia. No mitotic activity was noted. Focal areas of hemorrhagic necrosis were present (less than 10%). The smooth muscle phenotype was confirmed with positive staining to smooth muscle actin (SMA) and demsin; and negative staining with CD117, DOG1 (Figure 2). Features were consistent with esophageal leiomyoma. The patient’s post-operative course was uncomplicated and he was discharged home 4 days later.

Discussion: Leiomyomas of the esophagus are rare tumors but the most common benign lesion of the esophagus originating from smooth muscle cells. Middle-aged men are most frequently affected. Common symptoms are dysphagia and epigastric pain, but most patients are however asymptomatic. The diagnostic tests include upper endoscopy, endoscopic ultrasonography (EUS) and chest computed tomography (CT). Surgery is considered the treatment of choice and ideally involves enucleation of the tumor. 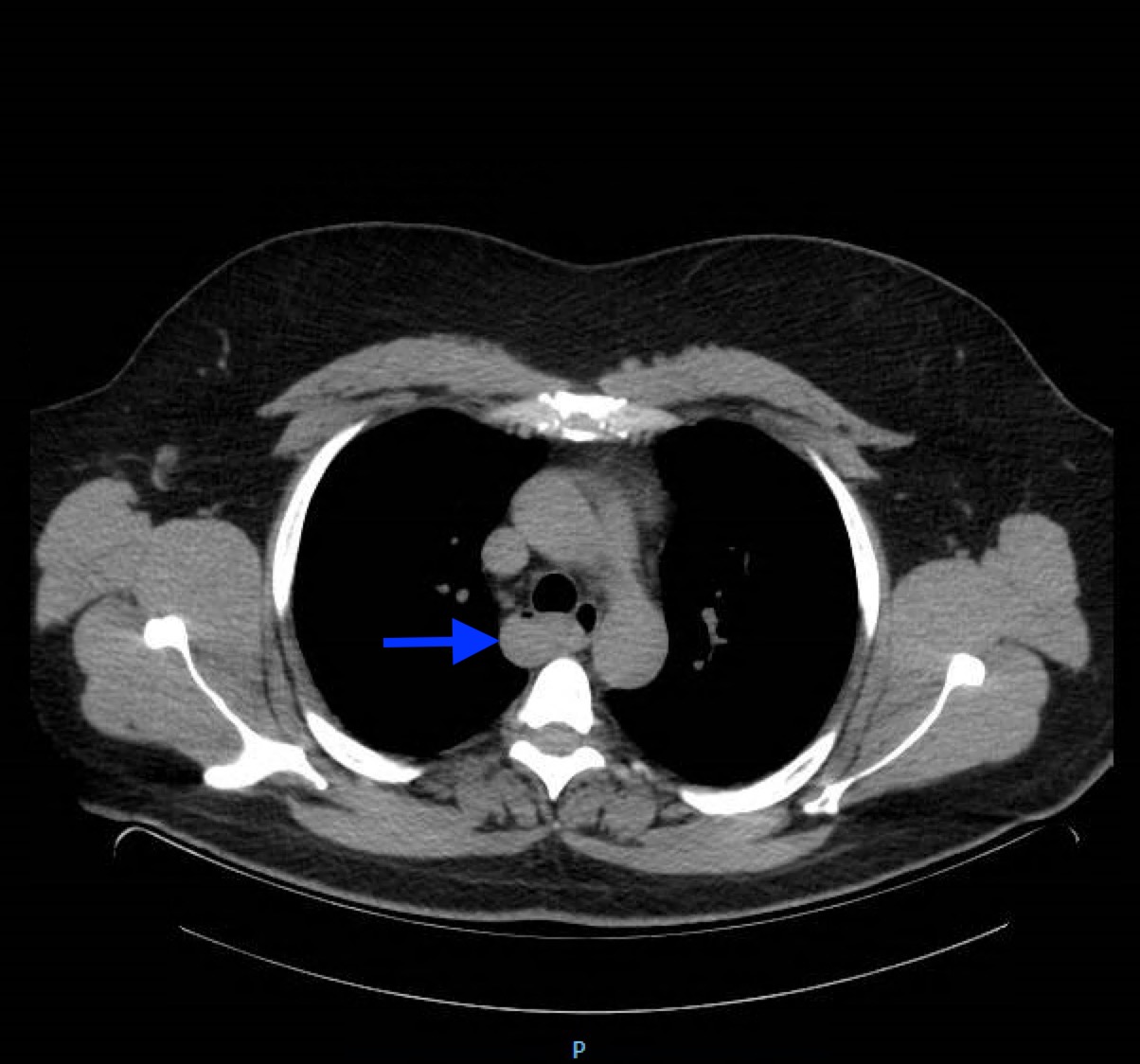 Figure 1. CT scan of the chest showing a posterior mediastinal mass arising from the posterior wall of the esophagus (blue arrow). 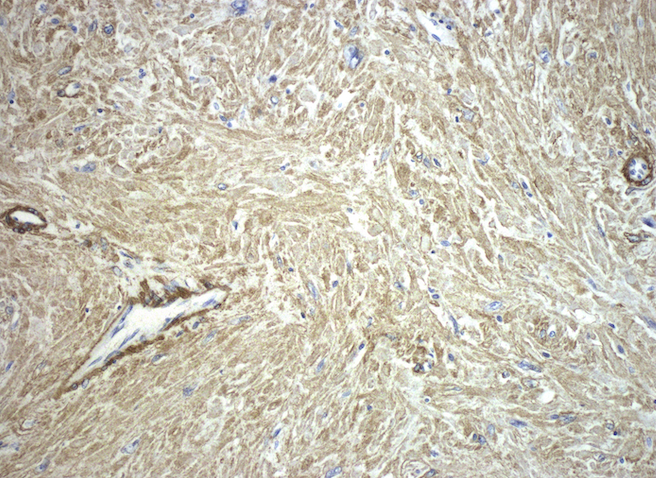