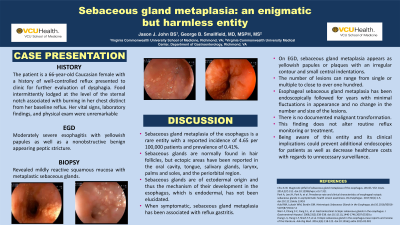 Introduction: Sebaceous gland metaplasia (SGM) of the esophagus is a rare entity with a reported incidence of 4.65 per 100,000 patients and prevalence of 0.41%. While harboring no malignant potential, it is more commonly found in the elderly. We report a case of a 66-year-old female patient with a history of reflux presenting with dysphagia found to have metaplastic sebaceous glands in her esophagus.

Methods: A 66-year-old Caucasian female with a history of well-controlled reflux on esomeprazole, presented to clinic for further evaluation of dysphagia. Food intermittently lodged at the level of the sternal notch associated with burning in her chest distinct from her baseline reflux. Her vital signs and physical exam were unremarkable. An esophagogastroduodenoscopy (EGD) revealed moderately severe esophagitis with yellowish papules (Fig1) as well as a nonobstructive benign appearing peptic stricture. Dilation for the stricture was performed. Biopsies revealed mildly reactive squamous mucosa with metaplastic sebaceous glands.

Discussion: SGM of the esophagus is a rare condition that is often an incidental finding on EGD. Sebaceous glands are normally found in hair follicles, but ectopic areas have been reported in the oral cavity, tongue, palms, and the periorbital region. Sebaceous glands are of ectodermal origin and thus the mechanism of their development in the esophagus, which is endodermal, has not been elucidated. The most likely theory involves a metaplastic process rather than a congenital misplacement given SGM’s have never been reported in children and are more prevalent in the elderly. When symptomatic, SGM’s have been associated with reflux gastritis.1 Dysphagia has not been associated with esophageal SGM, however, since chronic reflux can result in peptic strictures, dysphagia may also be found in SGM. On endoscopy, SGM appears as yellowish papules or plaques with an irregular contour and small central indentations. Esophageal SGM has been endoscopically followed for years with minimal fluctuations in appearance and no change in the number and size of the lesions. There is no documented malignant transformation. Being aware of this entity and its clinical implications could prevent additional endoscopies for patients as well as decrease healthcare costs with regards to unnecessary surveillance. 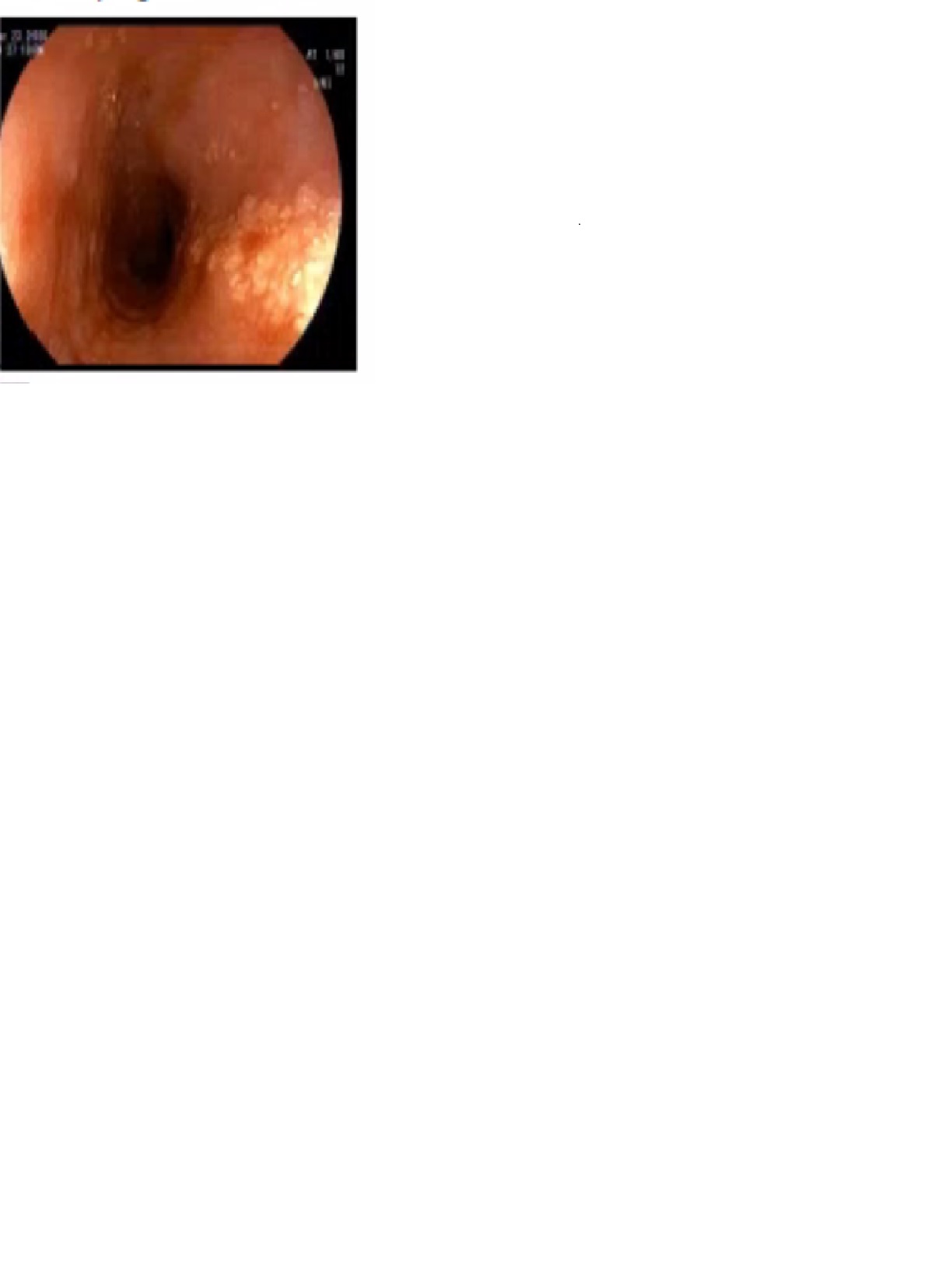