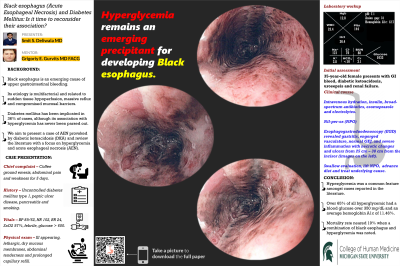 Introduction: As awareness for Acute Esophageal Necrosis syndrome increases, so does our ability to understand its associations and causations. It classically presents as a striking necrotic appearance of black mucosa preferentially affecting the distal esophagus and extending proximally to various degrees while stopping at the GEJ. Its etiology is multifactorial and related to tissue hypoperfusion, massive reflux of gastric contents, and compromised local mucosal barriers. Historically, diabetes mellitus was seen in nearly 36% of AEN cases, although its association with hyperglycemia has never been parsed out. We aim to present a case of diabetic ketoacidosis (DKA) and review the literature with a focus on hyperglycemia and acute esophageal necrosis (AEN).

Methods: A 34-year-old female had called emergency services after experiencing coffee-ground emesis, abdominal pain, and pre-syncopal like symptoms for 5 days. She was found hypotensive, tachycardic with a blood sugar over 400 mg/dL. She was an active smoker with a history of diabetes mellitus type 1 with her last hemoglobin A1c at 16.9%. On arrival to the ED, her labs revealed blood glucose greater than 1000 mg/dL, pH of 7.1, bicarbonate < 10 mEq/L, anion gap over 30 mEq/L with acute kidney injury and cystitis. She was initiated on an insulin drip and antibiotics, made NPO, and IV esomeprazole was started. Esophagogastroduodenoscopy (EGD) revealed circumferential black appearing mucosa and a necrotic complexion in the middle and distal segments (Figures 1 – 3). She was managed conservatively with antiacid therapy. Enteral feeds were restarted shortly, and she was discharged home. 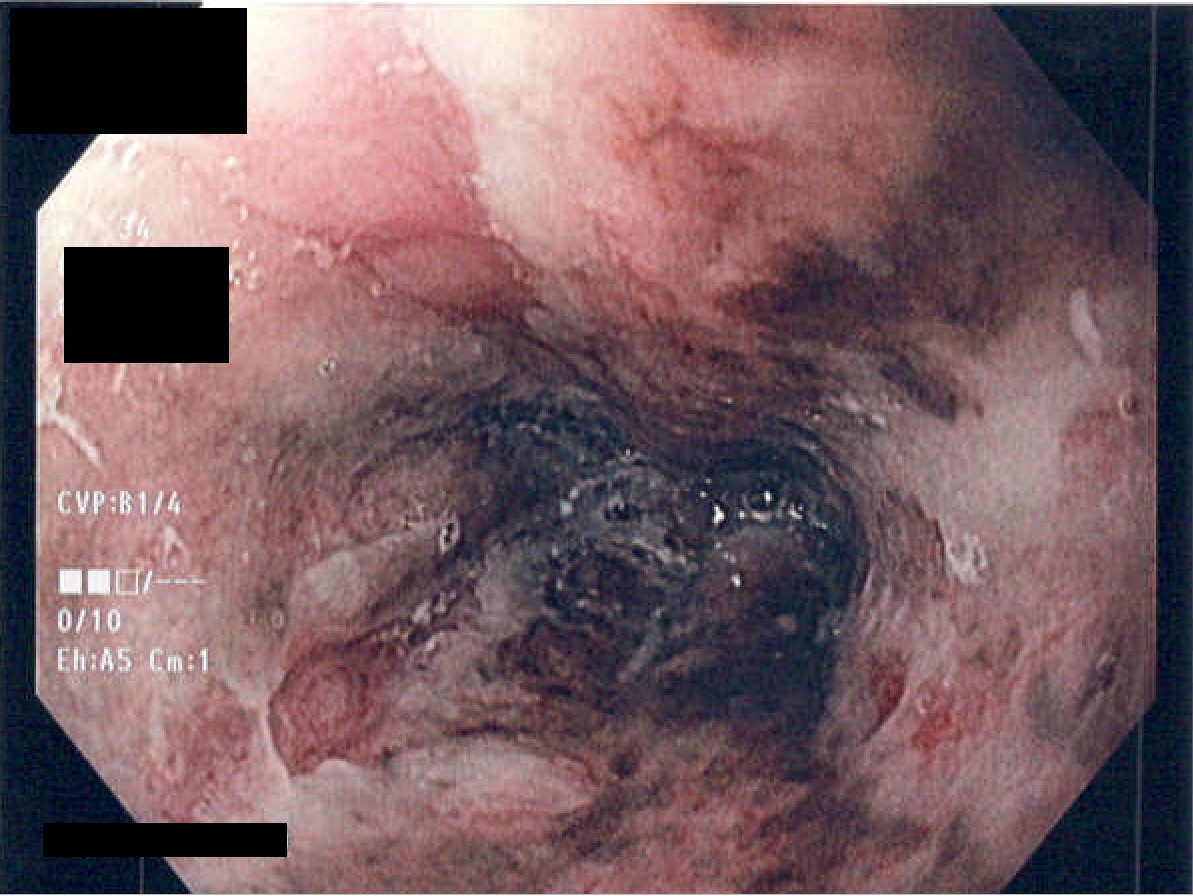 Figure 1 - Presence of severe inflammation and necrotic appearance of the esophagus. 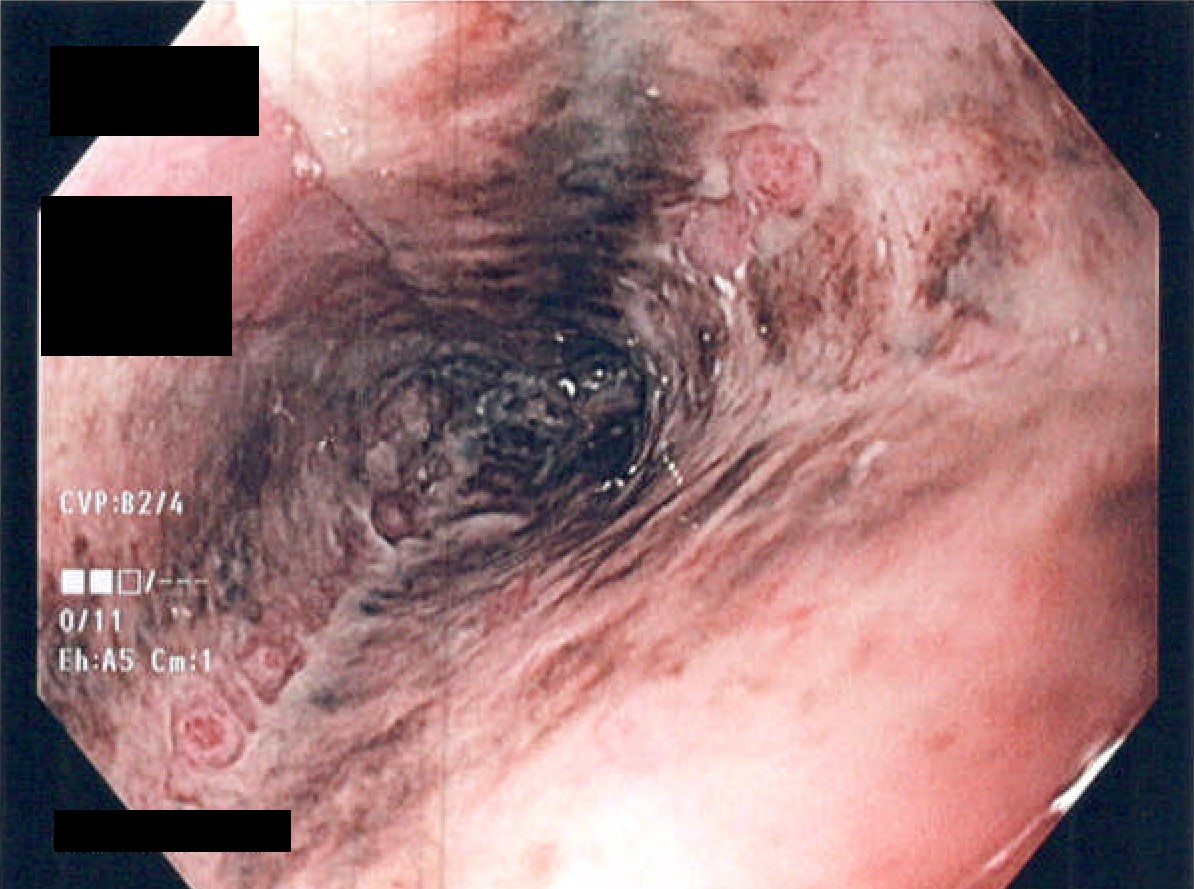 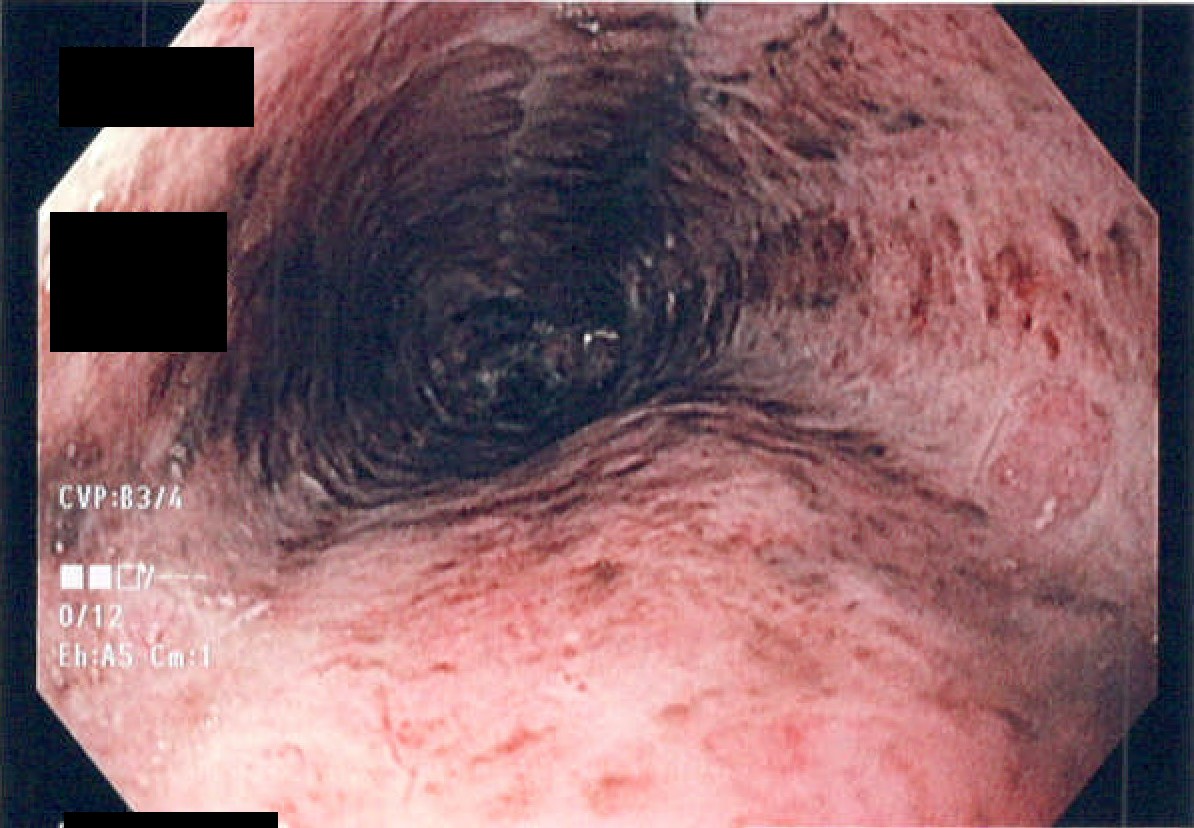 Figure 3 - Necrotic appearance of the esophagus