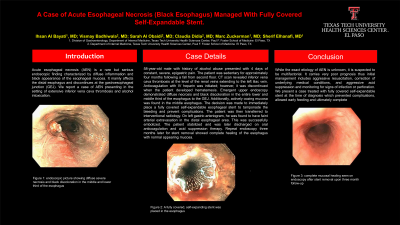 Introduction: Acute esophageal necrosis (AEN) is a rare but serious endoscopic finding characterized by diffuse inflammation and black appearance of the esophageal mucosa. It mainly affects the distal esophagus and discontinues at the gastroesophageal junction (GEJ). We report a case of AEN presenting in the setting of extensive inferior vena cava thrombosis and alcohol intoxication.

Methods: 58-year-old male with history of alcohol abuse presented with 4 days of constant, severe, epigastric pain. The patient was sedentary for approximately four months following a fall from second floor. CT scan revealed inferior vena cava thrombosis at the level of the renal veins extending to the left iliac vein. Anticoagulation with IV heparin was initiated; however, it was discontinued when the patient developed hematemesis. Emergent upper endoscopy demonstrated diffuse necrosis and black discoloration in the entire lower and middle third of the esophagus to the GEJ. Additionally, actively oozing mucosa was found in the middle esophagus. The decision was made to immediately place a fully covered self-expandable esophageal stent to tamponade the bleeding and prevent complications. The patient was then transferred to interventional radiology. On left gastric arteriogram, he was found to have faint arterial extravasation in the distal esophageal area. This was successfully embolized. The patient stabilized and was later discharged on oral anticoagulation and acid suppression therapy. Repeat endoscopy three months later for stent removal showed complete healing of the esophagus with normal appearing mucosa.

Discussion: While the exact etiology of AEN is unknown, it is suspected to be multifactorial. It carries poor prognosis thus initial management includes aggressive resuscitation, correction of underlying medical conditions, and aggressive acid suppression and monitoring for signs of infection or perforation. We present a case managed with fully covered self-expandable stent at the time of diagnosis which prevented complications, allowed early feeding and ultimately complete healing. 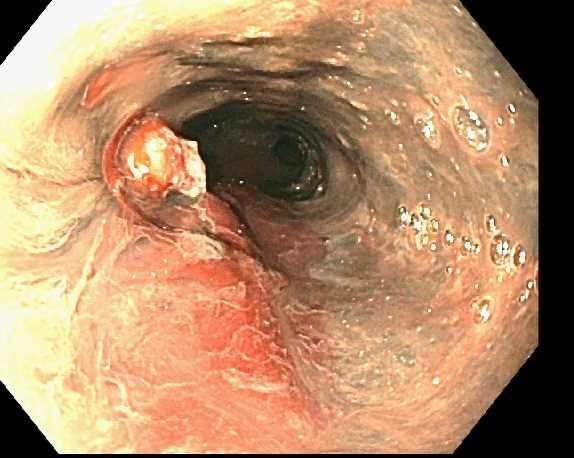 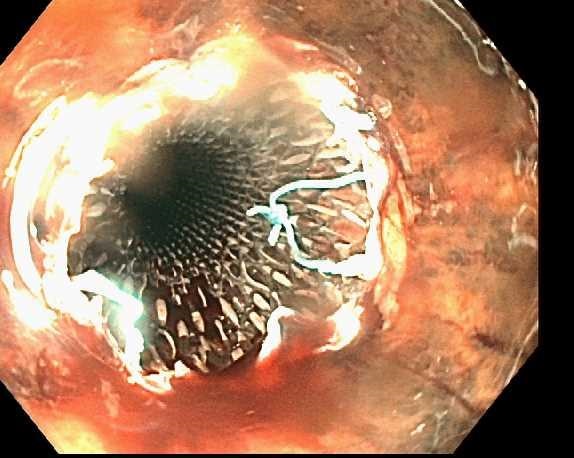 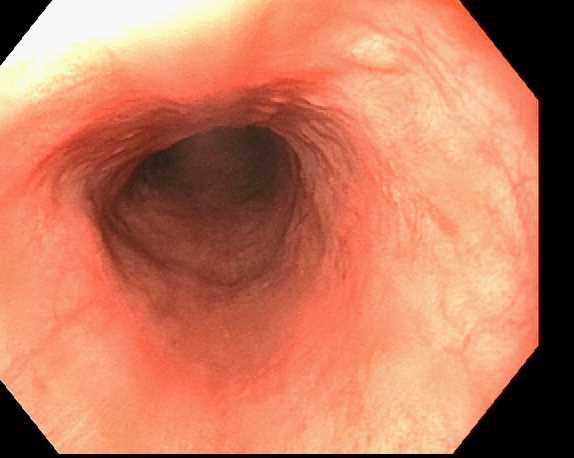