P0903 (S0429). - Is Rise in Incidence of Eosinophilic Esophagitis as a Result of Increased Awareness? A 15-Year Study Population-Based Study in Calgary, Canada 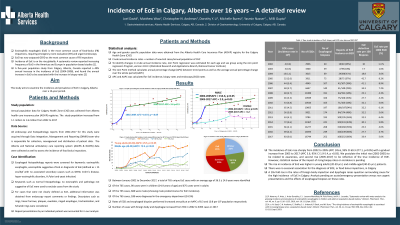 Introduction: The incidence of eosinophilic esophagitis (EoE) is on the rise. An earlier five-year study from Calgary, Alberta, Canada reported a 40% annual increase in the incidence of EoE (from 2004 – 2008) and raised a question if this trend is due to increase awareness and/or recognition of the disease. This study aims to evaluate the annual incidence and prevalence of EoE in Calgary over a 15-year period to identify trends of disease burden at a single tertiary care center in Canada.

Methods: Population-based pathology for all esophageal biopsies and endoscopy databases from 2002 to 2017 in Calgary, Alberta, Canada was acquired. The database was examined for esophageal eosinophilia, endoscopic features suggestive of EoE by searching for key values such as diagnostic for EoE or >15 eosinophils per high power field, rings, vertical furrows, white plaques and history of foreign body impaction. Descriptive statistics and fold change analysis was performed using SPSS® version 23.

Results: Pathology reports and endoscopy databases were combined using provincial health care number, and specimen ID. A total of 721 new cases of EoE (over 15 year period) were found, with a mean age of 37.7 (± 13.9 years). EoE diagnosis was made in a predominantly male group, at 80.3% of all diagnosed cases. The diagnosis of EoE in men was 5.2 times more likely than women. A rough population incidence estimates show EoE incidence to increase from 3.4% (2002) to 29.5% (2017) with a yearly increase of 51.2%. Endoscopy (EGD) reports were screened for key field values, reporting endoscopic features of EoE. There was a 33% annual increase in emergency endoscopies performed for foreign body impactions in the esophagus. Time trends for EoE cases identified from the total EGD and esophageal biopsies every year are shown in Table 1. There was a 50-fold change in the incidence of EoE over the 15 years, and a 10.6 fold change in biopsy rates to confirm the diagnosis.

Conclusion:
This study found an increase in the incidence of EoE and an increase in EGD and biopsies performed over a 15 year period at a tertiary care center in Canada. The rise in incidence and the increase in EGDs performed and biopsies were taken, suggests an awareness of the disease and efforts to detect EoE are not the sole cause of the rates of this disease documented. More studies are needed to elicit the reasons behind such a dramatic rise in the incidence of EoE (such as environmental factors, food allergies, etc). 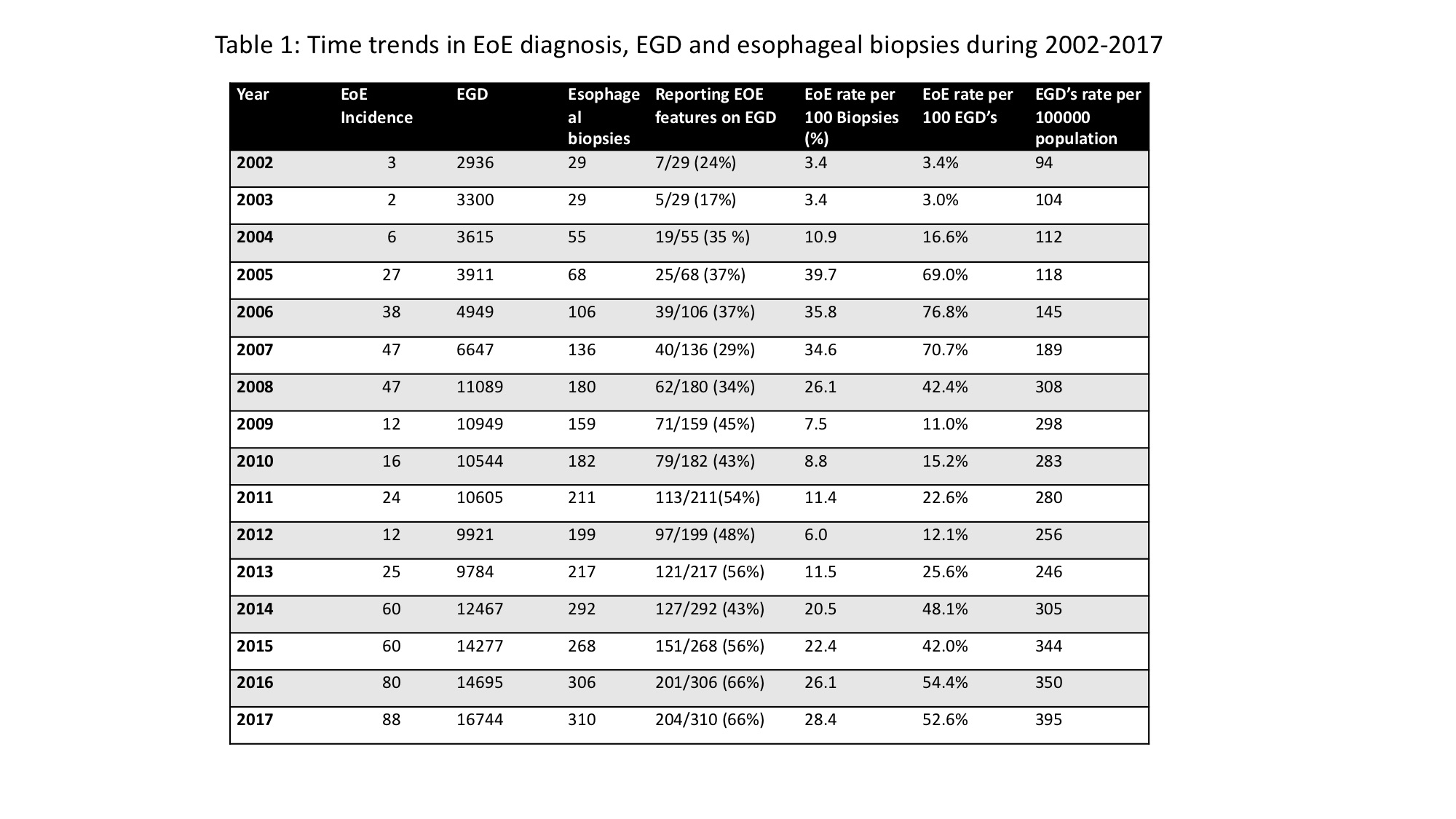 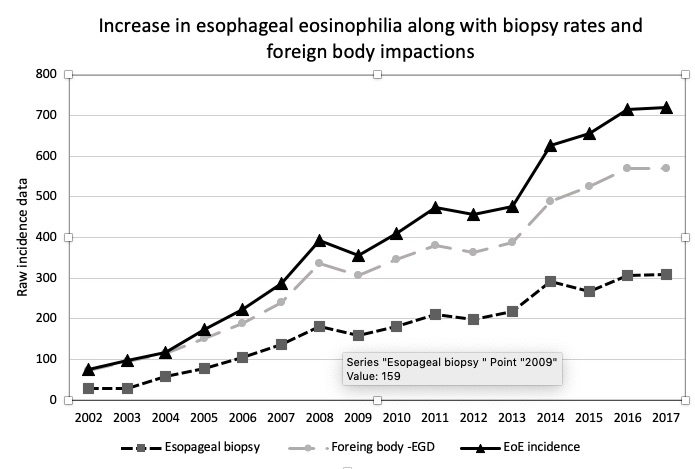 Figure 1: EoE incidence rates in comparison with an increase in rates of all esophageal biopsies and EGDs done for foreign body impactions