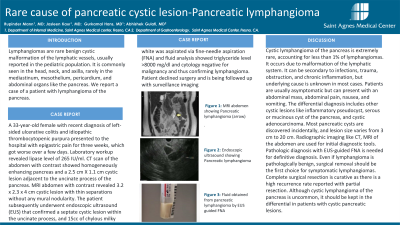 Introduction: Lymphangiomas are rare benign cystic malformation of the lymphatic vessels, usually reported in the pediatric population. It is commonly seen in the head, neck, and axilla, rarely in the mediastinum, mesothelium, pericardium, and abdominal organs like the pancreas. We report a case of a patient with lymphangioma of the pancreas.

Methods: A 33-year-old female with recent diagnosis of left-sided ulcerative colitis and idiopathic thrombocytopenic purpura presented to the hospital with epigastric pain for three weeks, which got worse over a few days. Laboratory workup revealed  lipase level of 265 IU/ml. CT scan of the abdomen with contrast showed homogeneously enhancing pancreas and a 2.5 cm X 1.1 cm cystic lesion adjacent to the uncinate process of the pancreas. MRI abdomen with contrast revealed 3.2 x 2.3 x 4 cm cystic lesion with thin separations without any mural nodularity. The patient subsequently underwent endoscopic ultrasound (EUS) that confirmed a septate cystic lesion within the uncinate process, and 15cc of chylous milky white was aspirated via fine-needle aspiration (FNA) and fluid analysis showed triglyceride level >8000 mg/dl and cytology negative for malignancy and thus confirming lymphangioma. Patient declined surgery and is being followed up with surveillance imaging.

Discussion: Cystic lymphangioma of the pancreas is extremely rare, accounting for less than 1% of lymphangiomas. It occurs due to malformation of the lymphatic system. It can be secondary to infections, trauma, obstruction, and chronic inflammation, but underlying cause is unknown in most cases. Patients are usually asymptomatic but can present with an abdominal mass, abdominal pain, nausea, and vomiting. The differential diagnosis includes other cystic lesions like inflammatory pseudocyst, serous or mucinous cyst of the pancreas, and cystic adenocarcinoma. Most pancreatic cysts are discovered incidentally, and lesion size varies from 3 cm to 20 cm. Radiographic imaging like CT, MRI of the abdomen are used for initial diagnostic tools. Pathologic diagnosis with EUS-guided FNA  is needed for definitive diagnosis. Even if lymphangioma is pathologically benign, surgical removal should be the first choice for symptomatic lymphangiomas. Complete surgical resection is curative as there is a high recurrence rate reported with partial resection. Although cystic lymphangioma of the pancreas is uncommon, it should be kept in the differential in patients with cystic pancreatic lesions, especially in females. 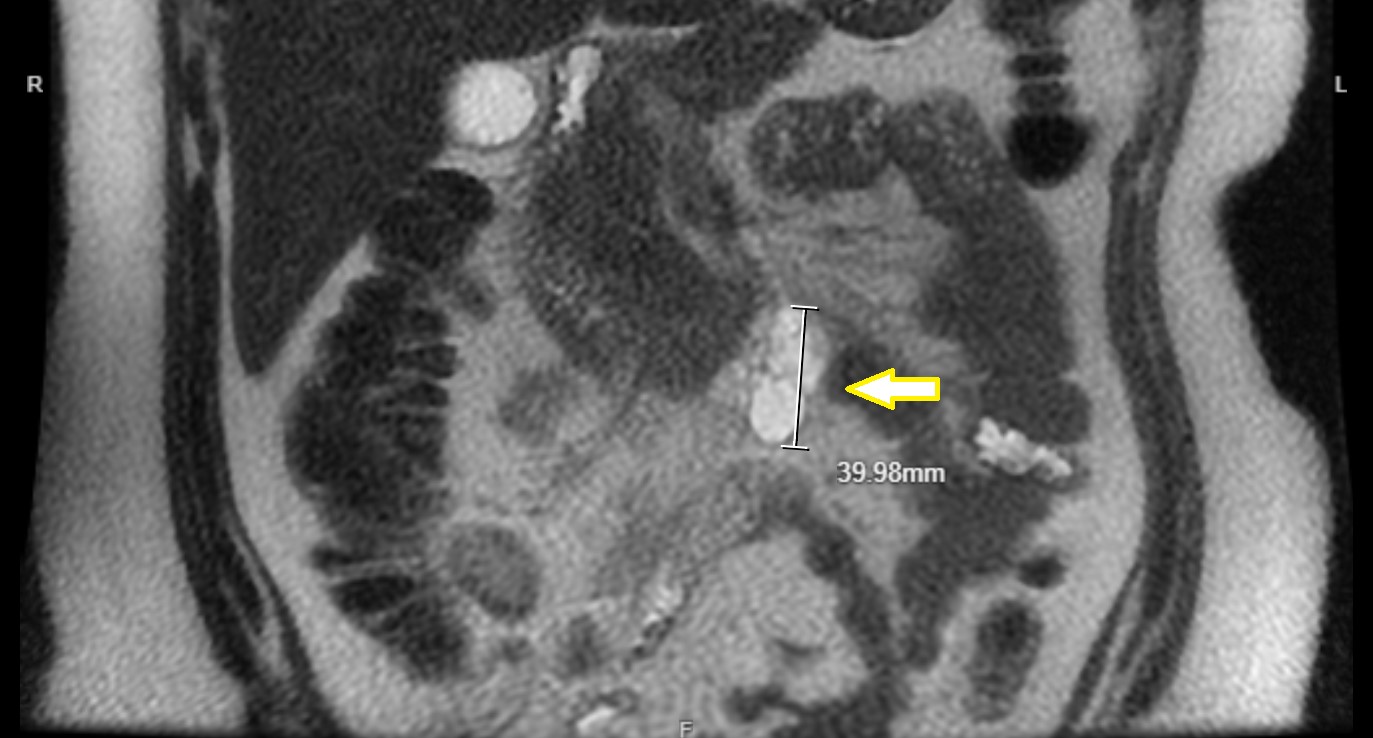 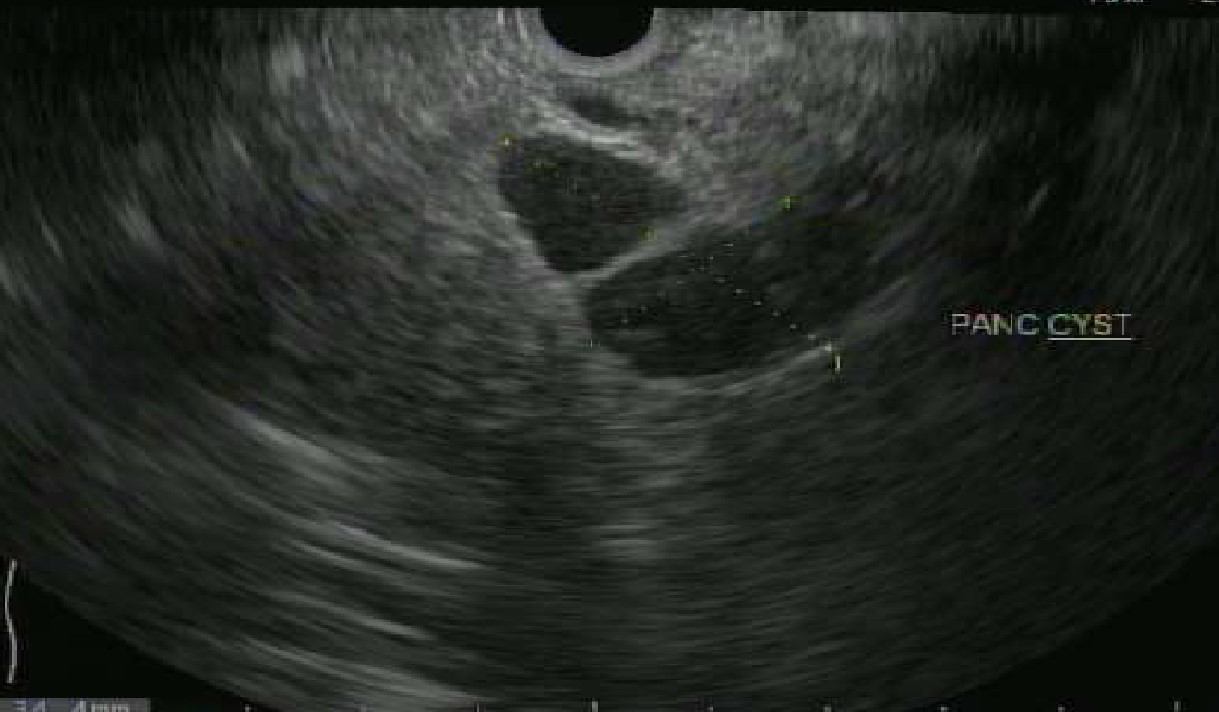 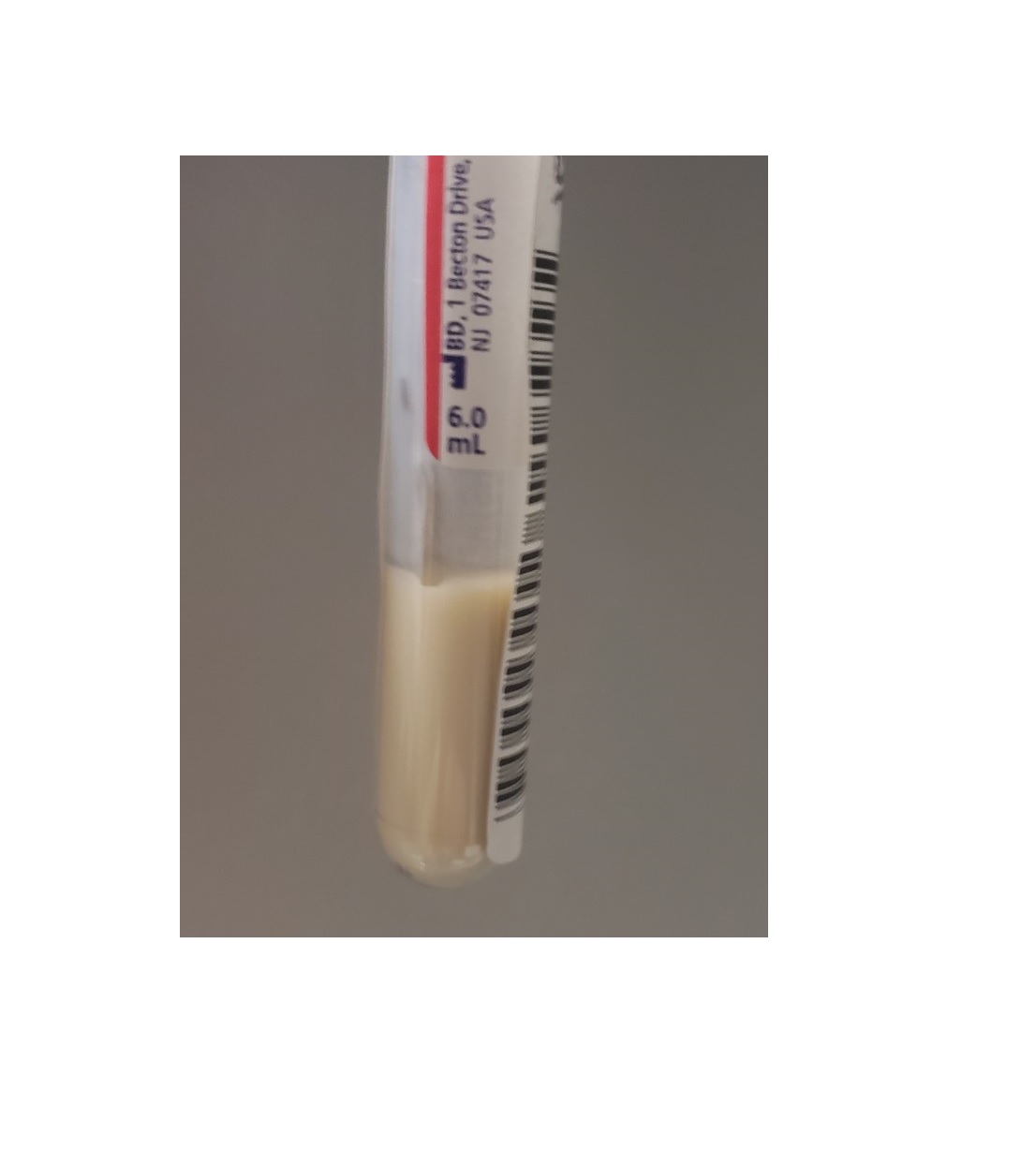