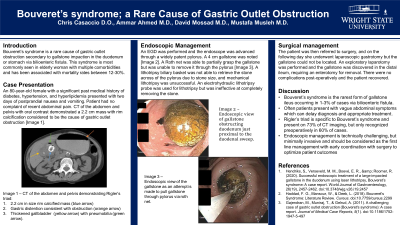 Introduction: Bouveret’s syndrome is an extremely rare cause of gastric outlet obstruction secondary to gallstone impaction in the duodenum or stomach via bilioenteric fistula. This syndrome is most commonly seen in elderly woman with multiple comorbidities and has been associated with mortality rates between 12-30%.

Methods: An 80-year-old female with a past medical history significant for diabetes, hypertension, and hyperlipidemia presented with two days of postprandial nausea and vomiting. Patient had no complaint of recent abdominal pain. CT of the abdomen and pelvis with oral contrast demonstrated a 2.2 cm mass with rim calcification considered to be the cause of gastric outlet obstruction (pneumobilia was not reported but present) [Image 1].  An EGD was performed and the endoscope was advanced through a widely patent pylorus. A 4 cm gallstone was noted just proximal to the duodenal sweep [Image 2]. A Roth net was able to partially grasp the gallstone but was unable to remove it through the pylorus [Image 3]. A lithotripsy biliary basket was not able to retrieve the stone across of the pylorus due to stone size, and mechanical lithotripsy was unsuccessful. An electrohydraulic lithotripsy probe was used for lithotripsy but was ineffective at completely removing the stone. The patient was then referred to surgery, and on the following day she underwent laparoscopic gastrotomy but the gallstone could not be located. An exploratory laparotomy was performed and the gallstone was discovered in the distal ileum, requiring an enterotomy for removal. There were no complications post-operatively and the patient recovered.

Discussion: Bouveret’s syndrome is the rarest form of gallstone ileus occurring in only 1-3% of cases. Often patients present with vague abdominal symptoms which can delay diagnosis and appropriate treatment. Although present on 73% of CT images, Rigler’s triad (small bowel obstruction, pneumobilia, and ectopic gallstone), which is specific to Bouveret’s syndrome, is only recognized preoperatively in 60% of cases. Endoscopic management should be considered as the first line management option, due to the minimally invasive approach. Unfortunately, as demonstrated in this case, endoscopic management is not successful in 30-40% of cases, and surgery is necessary. Our case also demonstrates the risk of endoscopic intervention as the stone was found lodged at the ileocecal valve likely precipitated by stone manipulation emphasizing need for coordination with surgery. 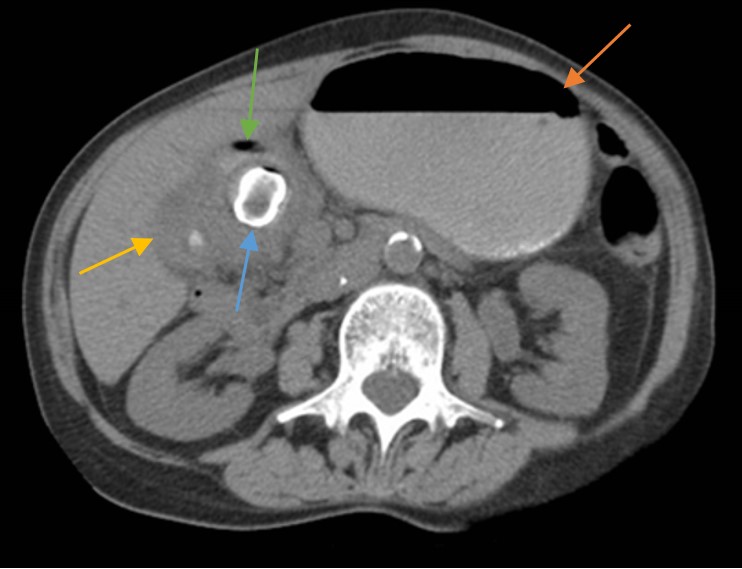 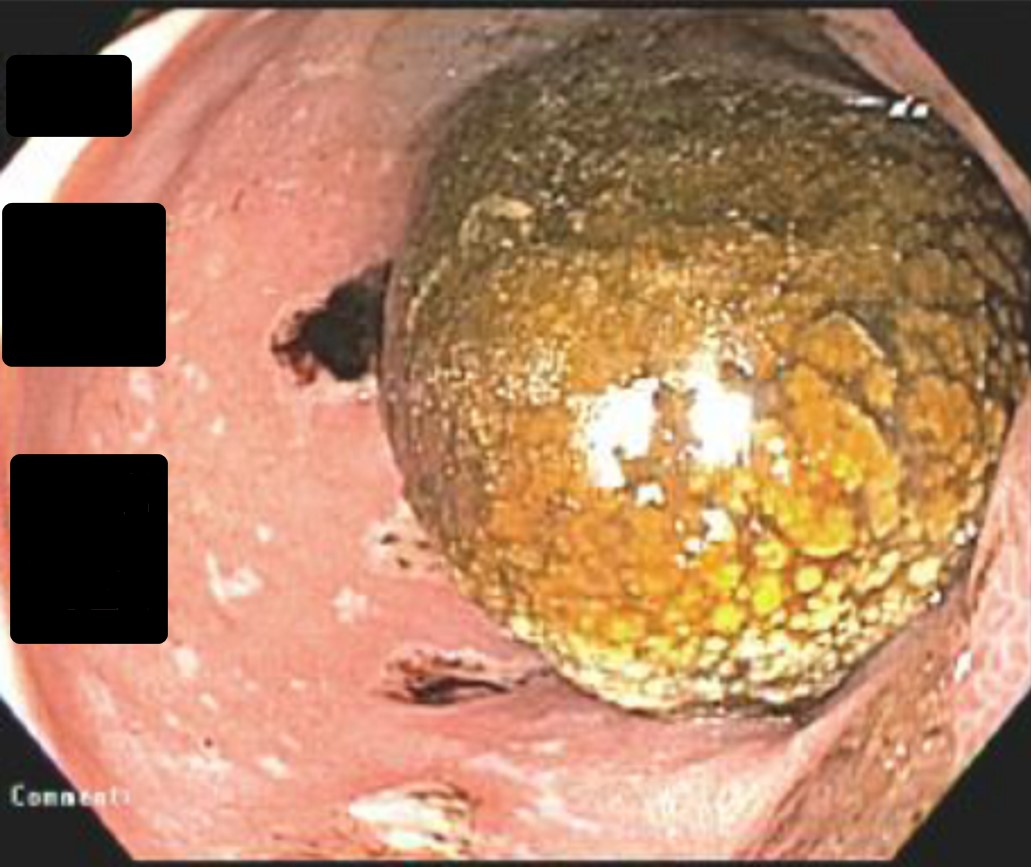 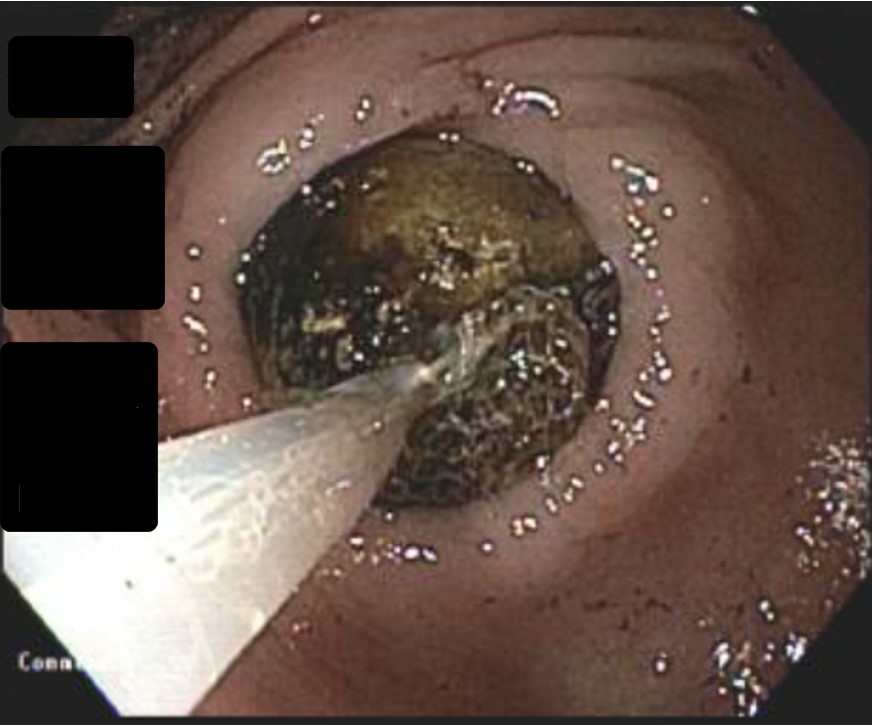 Image 3 – Endoscopic view of the gallstone as an attempt is made to pull gallstone through pylorus via Roth net.