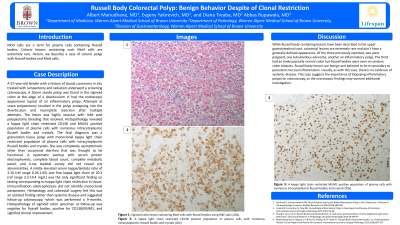 Methods: A 57-year-old female with a history of ductal carcinoma in situ treated with lumpectomy and radiation underwent a screening colonoscopy. A 10mm sessile polyp was found in the sigmoid colon at the edge of a diverticulum. It had the endoscopic appearance typical of an inflammatory polyp. Attempts at snare polypectomy resulted in the polyp prolapsing into the diverticulum and incomplete resection after multiple attempts. The lesion was highly vascular with mild post polypectomy bleeding that resolved. Histopathology revealed a kappa light chain restricted CD138 and MUM1 positive population of plasma cells with numerous intracytoplasmic Russell bodies and crystals. The final diagnosis was a granulation tissue polyp with monoclonal kappa light chain restricted population of plasma cells with intracytoplasmic Russell bodies and crystals. She was completely asymptomatic other than occasional diarrhea that was thought to be functional. A systemic workup with serum protein electrophoresis, complete blood count, complete metabolic panel, and X-ray skeletal survey did not reveal any abnormalities. A mildly elevated serum kappa/lambda ratio of 2.16 (ref range 0.26-1.65) and free kappa light chain of 20.3 (ref range 3.3-19.4 mg/L) was the only significant finding on testing corresponding to kappa light chain restriction in tissue. Immunofixation electrophoresis did not identify monoclonal paraprotein. Hematology and colorectal surgery felt this was an isolated finding rather than systemic disease and suggested follow-up colonoscopy.

Discussion: While Russell body containing lesions have been described in the upper gastrointestinal tract, colorectal lesions are extremely rare and don’t have a generally defined appearance. Of the three previously reported, two were polypoid, one tubulovillous adenoma, another an inflammatory polyp. The third had an endoscopically normal colon but Russell bodies were seen on random colon biopsies. Russell body lesions are benign and believed to form secondary to persistent mucosal inflammation. Usually, as with this case, there is no evidence of systemic disease. This case suggests the importance of biopsying inflammatory polyps on colonoscopy, as the microscopic findings may warrant additional investigation. 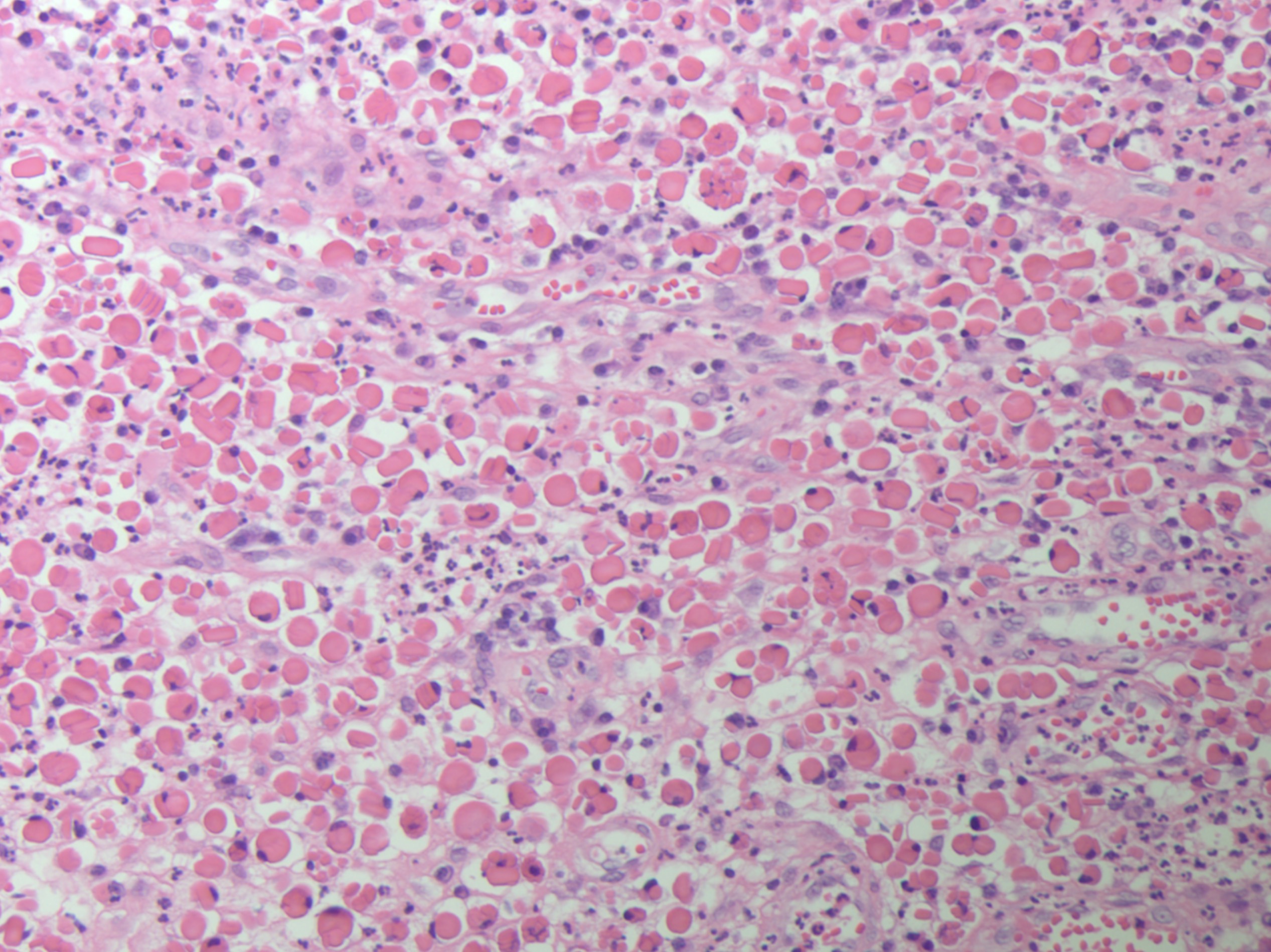 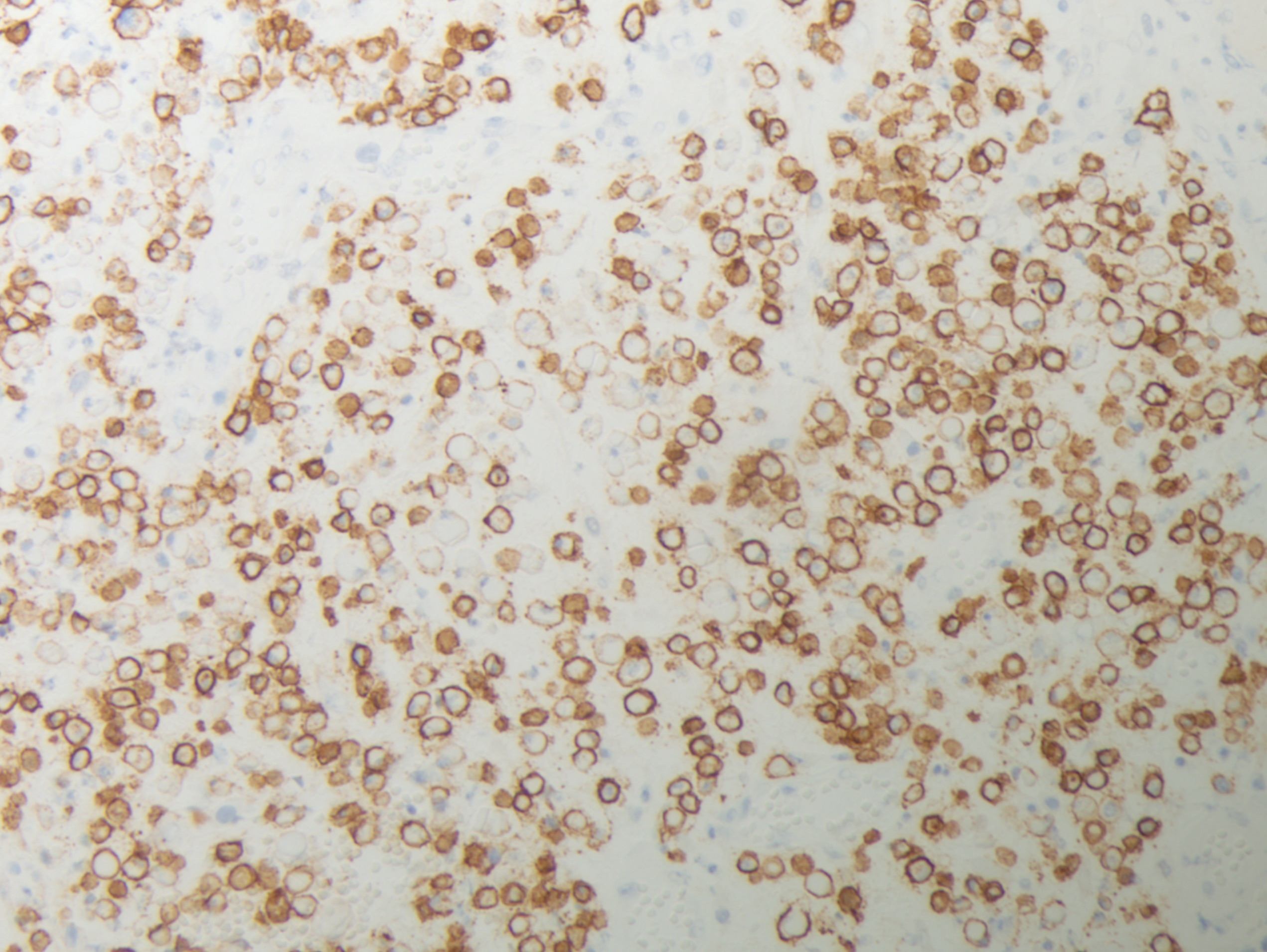 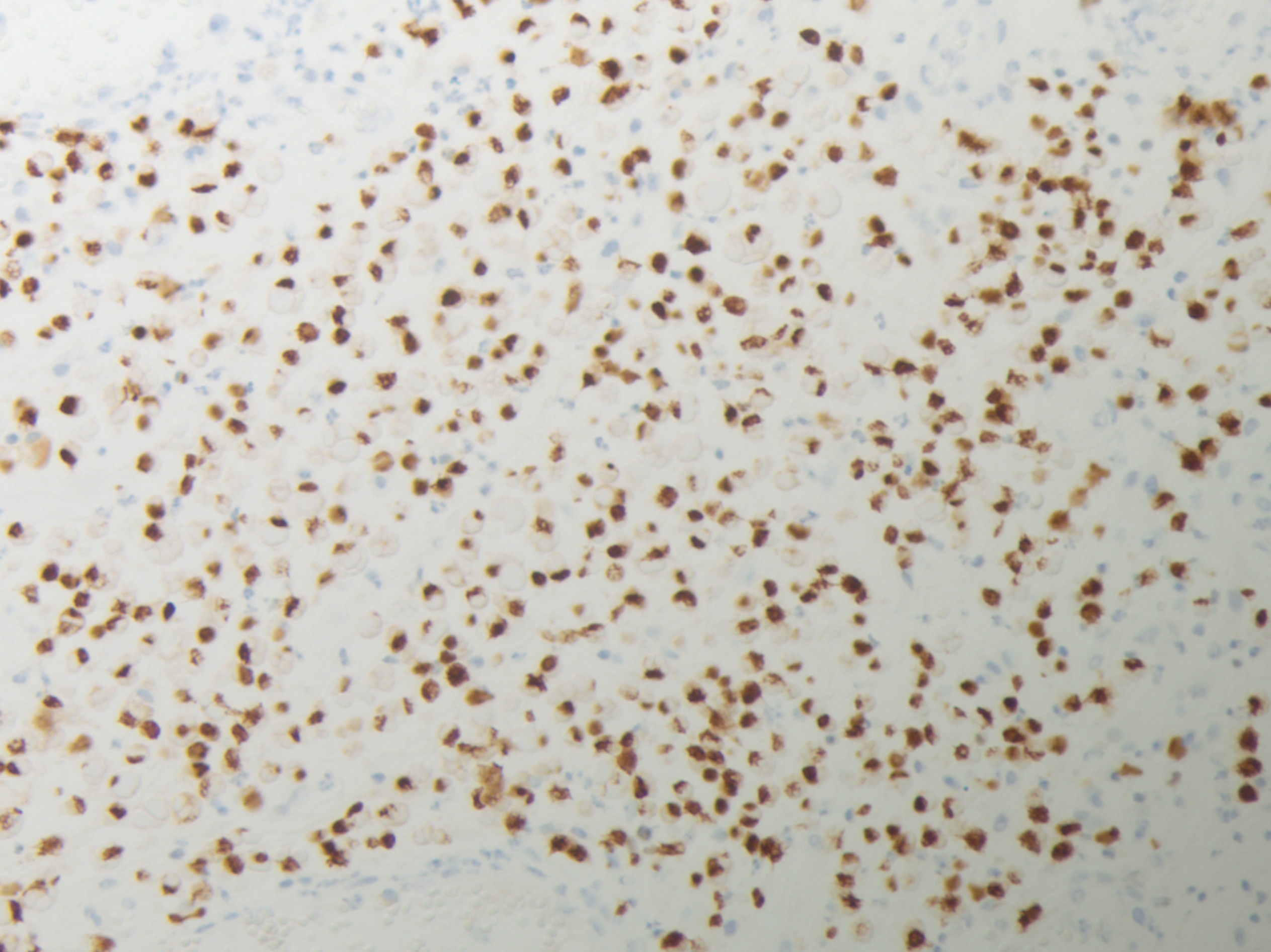