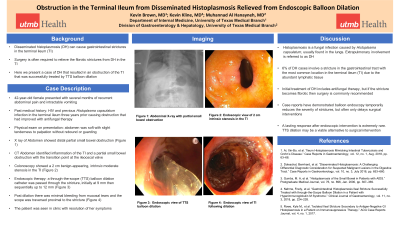 Introduction: Histoplasmosis is a fungal infection caused by Histoplasma capsulatum. It is spread via inhalation but can lead to disseminated Histoplasmosis (DH). DH can involve multiple organ systems, but gastrointestinal manifestations are the most common with 70-90% of cases. One potential complication of GI involvement is a stricture which is thought to be involved in 6% of DH cases. Strictures can happen anywhere in the GI tract but are most common in the terminal ileum (TI). Although the treatment of DH is antifungal therapy, if the fibrotic stricture is causing obstruction, surgery is a mainstay of treatment. Case reports have demonstrated that balloon endoscopy temporarily reduced the severity of strictures, but usually only postpones surgery by a few months. A lasting response after endoscopic intervention is extremely rare.

Methods: A 42-year-old woman with a medical history of HIV initially presented with abdominal pain, hematochezia, and fever. She underwent a colonoscopy which showed a nodular ulcerated cecum and the TI was not able to be intubated. Biopsies from the cecum grew Histoplasma capsulatum. She was treated with oral antifungal therapy for DH. Her abdominal pain was temporarily relieved but recurred 3 years later when she presented with several months of abdominal pain and intractable vomiting. A CT abdomen and pelvis identified inflammation of the TI and a partial small bowel obstruction with the transition point at the ileocecal valve. A colonoscopy was performed showing a 2 cm benign-appearing, intrinsic moderate stenosis in the TI. Circumferential biopsies were done to aid in loosening the stricture, then a through-the-scope (TTS) balloon dilation catheter was passed through the stricture under direct visualization. A 12 mm colonic balloon dilator was initially inflated up to 9 mm diameter for 3 minutes, then sequentially up to 12 mm, again for 3 minutes. Post dilation inspection showed mucosal tears with minimal bleeding and the scope was traversed proximal to the stricture. Biopsies were negative for Histoplasmosis. The patient was seen in clinic with resolution of her symptoms and has not required hospitalization for an obstruction in the 8 months that have passed. 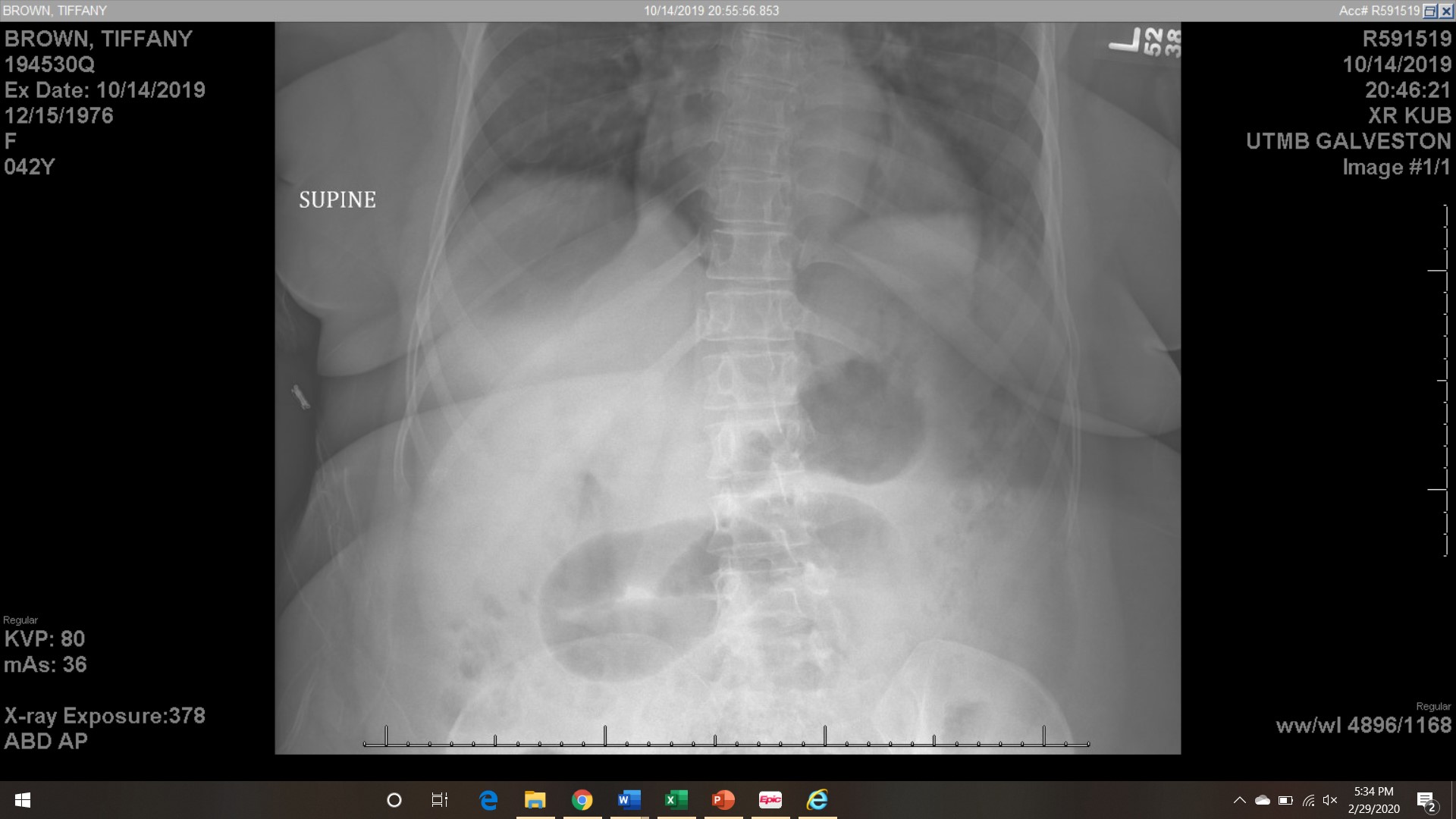 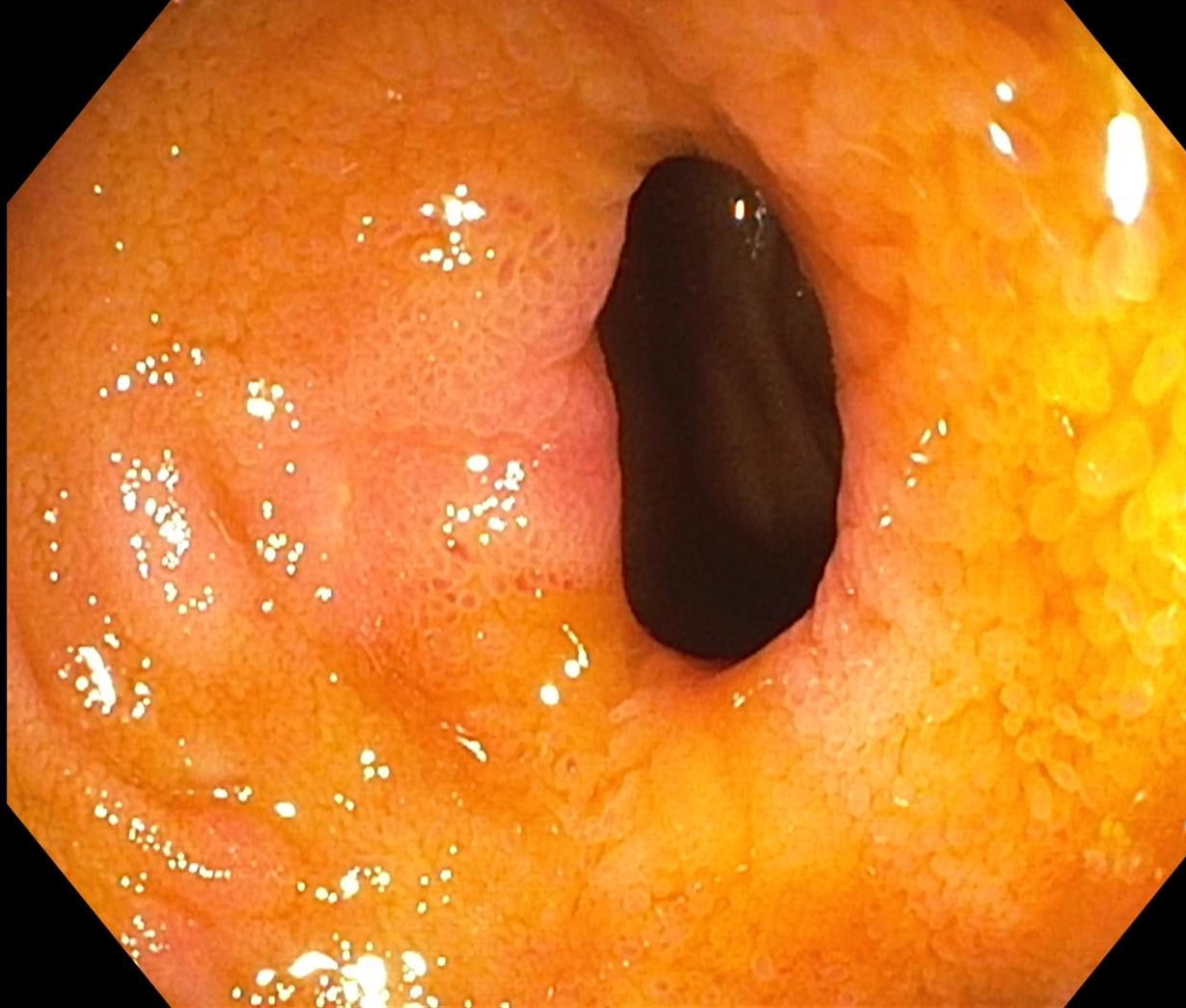 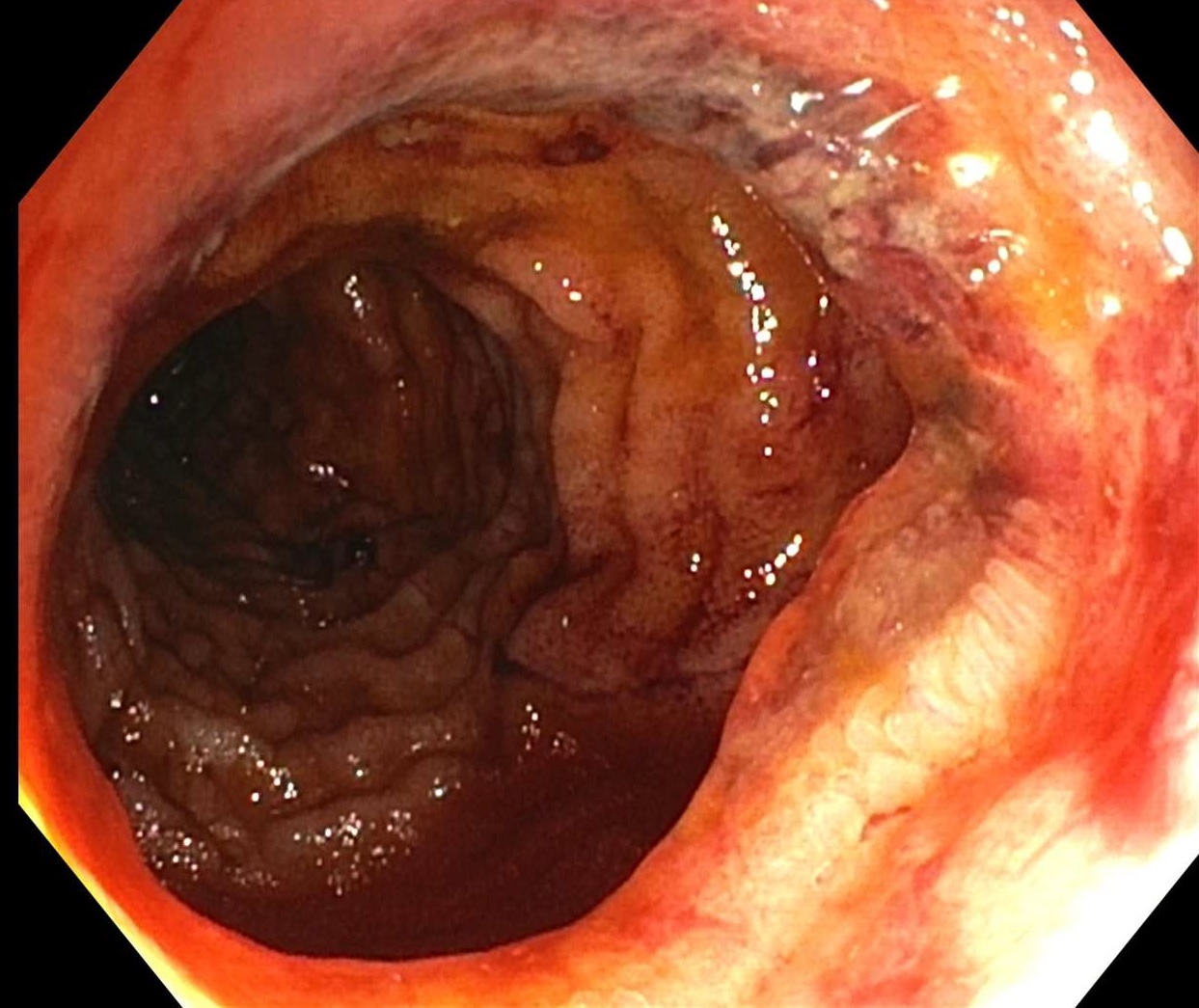