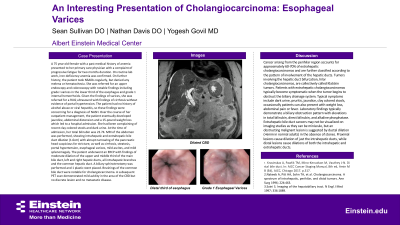 Introduction: Esophageal varices are an uncommon presentation for cholangiocarcinoma.

Methods: A 75 year old female with a past medical history of anemia presented to her primary care physician with a complaint of fatigue for two months. The patient took NSAIDs regularly, but denied any melena, hematochezia or hematemesis. Lab work confirmed iron deficiency anemia, she was referred for upper endoscopy and colonoscopy. Findings were notable for grade I varices in the lower third of the esophagus and grade I internal hemorrhoids. Given the findings of varices, she was referred for a RUQ ultrasound with findings of cirrhosis without evidence of portal hypertension. The patient had no history of alcohol abuse or viral hepatitis, so these findings were concerning for a diagnosis of NASH. The patient was hospitalized after developing jaundice, abdominal distension and a 15-pound weight loss with associated clay colored stools and dark urine. At the time of admission, her total bilirubin was 22. MRI of the abdomen revealed intrahepatic and extrahepatic bile duct dilation with abrupt narrowing suspicious for stricture. Other findings included cirrhosis, esophageal varices, mild ascites, and mild splenomegaly. The patient underwent ERCP with findings of moderate dilation of the upper and middle third of the main bile duct, left and right hepatic ducts, all intrahepatic branches and the common hepatic duct. A biliary sphincterotomy was performed and 1 stent placed. Brushings of the common bile duct were notable for cholangiocarcinoma. A subsequent PET scan demonstrated mild avidity in the area of the CBD but no discrete lesion and no metastatic disease. 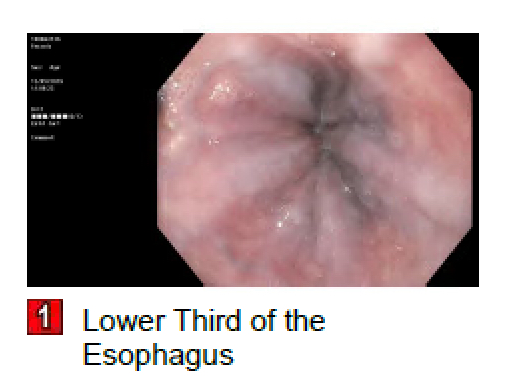 Esophageal varices in the lower third of the esophagus 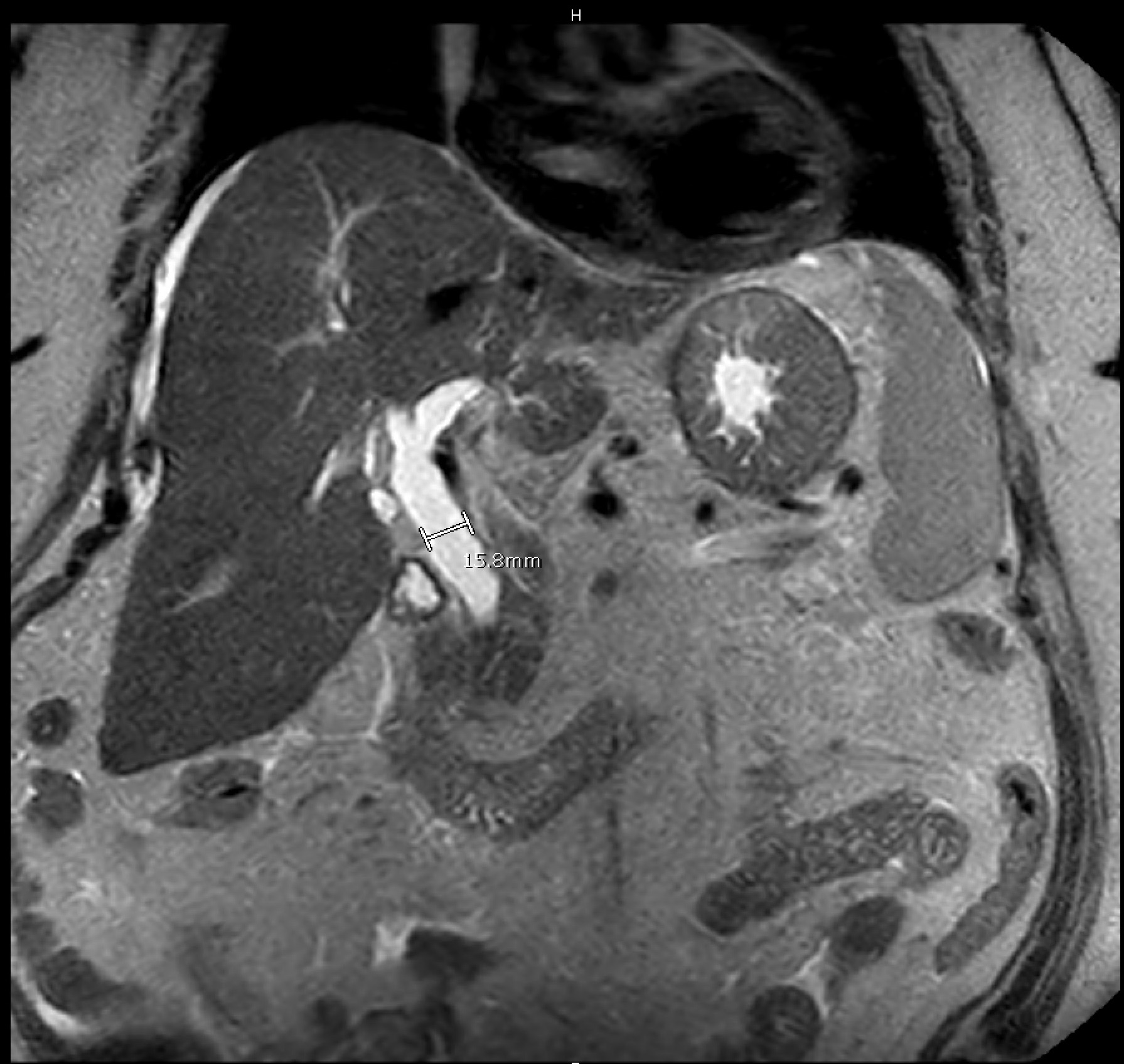