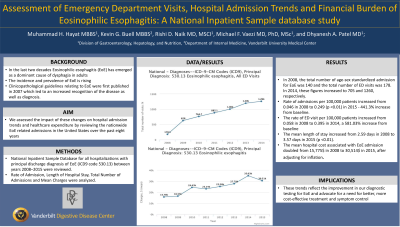 Introduction: In the last two decades, Eosinophilic esophagitis (EoE) has emerged as a dominant cause of dysphagia in adults. The incidence and prevalence of EoE is rising and the prevalence in adults is currently estimated between 40 to 90 cases per 100,000 people. Clinicopathological guidelines relating to EoE were first published in 2007 which led to increased recognition of the disease as well as diagnosis. We assessed the impact of these changes on the total number of hospital admissions trends and healthcare expenditure by reviewing the nation­wide EoE related admissions in the United States over the past eight years.

Methods: We reviewed the National Inpatient Sample Database for Emergency Department (ED) Visits and all hospitalizations with a principal discharge diagnosis of EoE (ICD­9 code 530.13) between the years 2008–2015. The year 2008 as a start point due to the first consensus clinicopathological diagnostic guidelines for the diagnosis of EoE by the American Gastroenterological Association being published in 2007. 2015 was decided as an endpoint as data for 2016 and beyond is still not fully available. Trends in discharge rates, costs of hospitalization, and length of stay were analyzed.

Discussion: The incidence of patients admitted for EoE in the United States and the length of hospital stay significantly increased from 2008 to 2015. Whether this was due to increased recognition or increase in incidence, remains unclear. The cost of hospitalization equally doubled. These trends reflect the improvement in our diagnostic testing for EoE and the need for better treatment and symptom control. 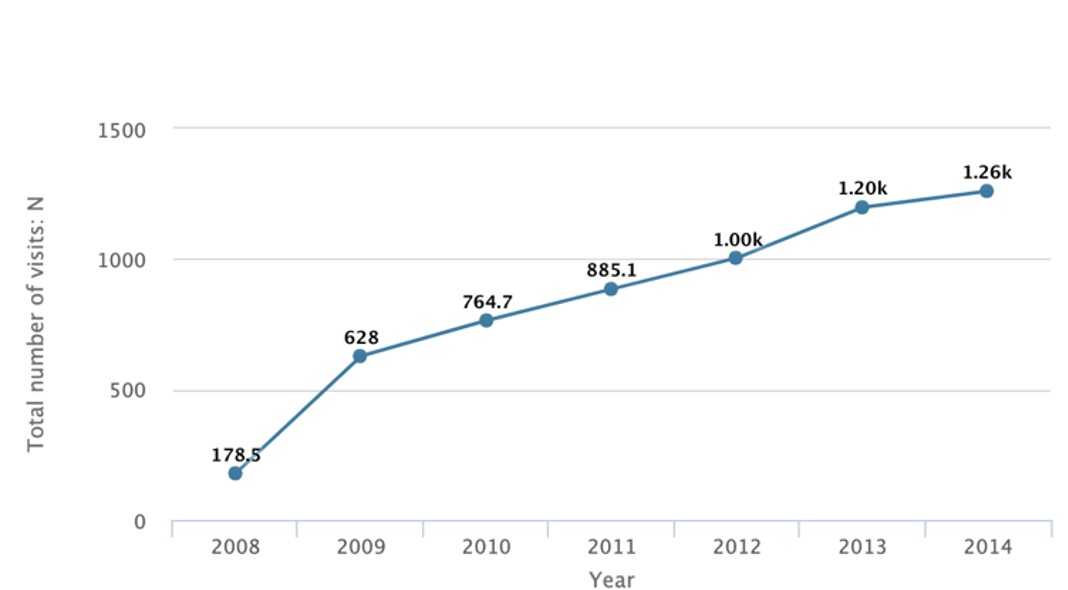 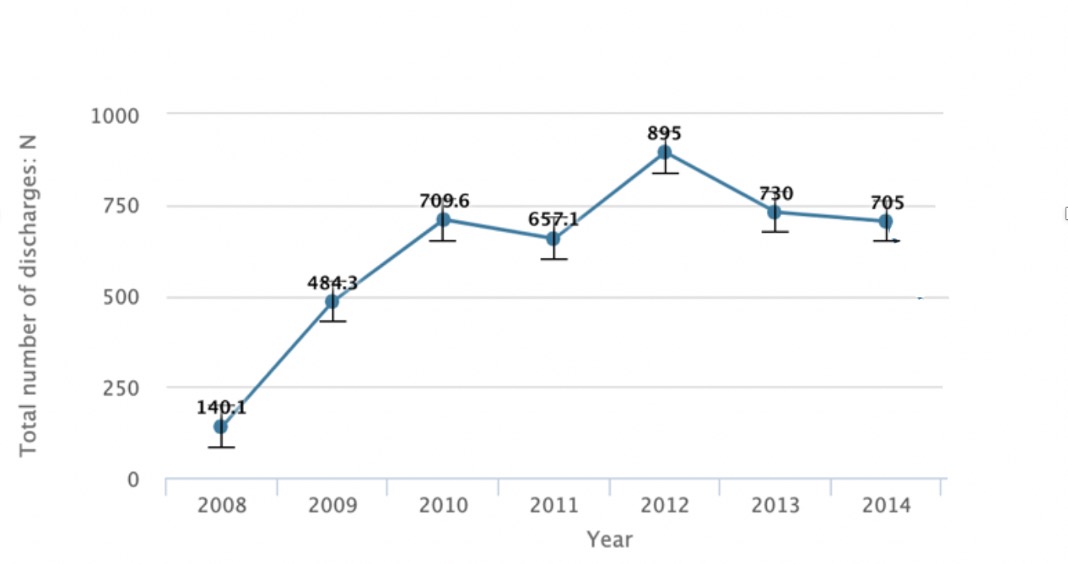